Review of ASUS VivoMouse – Is it really usable?

Home » Review of ASUS VivoMouse – Is it really usable?

ASUS has been working hard to be one of the most innovative companies in the world. In the recent years, we’ve seen significant innovations in their products, starting from their popular Transformer Android devices, then to their PadFone devices. Last June in COMPUTEX 2013, they announced the new ASUS VivoMouse together with their new VivoPC for the market. Today, we focus on the ASUS VivoMouse and discuss about it from a usability perspective. Does it really work well with a Windows 8 device?
A first look at the ASUS VivoMouse, many will realise that it definitely is not your usual mouse. ASUS has decided to integrate both a mouse and a trackpad together to get the benefits of both devices.
It seems that the ASUS VivoMouse is made with aluminium and has a nice metallic finish to it. However, I hoped that that was the case. It would have made the mouse much classier and durable as well. In fact, the body of the ASUS VivoMouse is made of plastic. 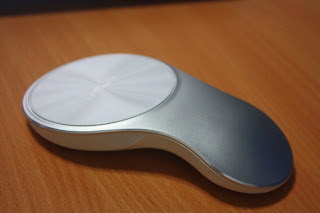 The mouse may look nice from the top, but when it seems to be a real deal breaker when I flipped the mouse over. The VivoMouse is made from plastic, which to some extend could compromise the durability of the whole device. 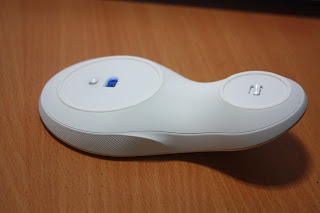 The mouse works just like any mouse. If you were to do a right click or a left click, it will function appropriately. Additionally, ASUS has predetermined various gestures that are made possible with the VivoMouse, which are not possible on a usual mouse. We will take a deeper look into this in the next section. 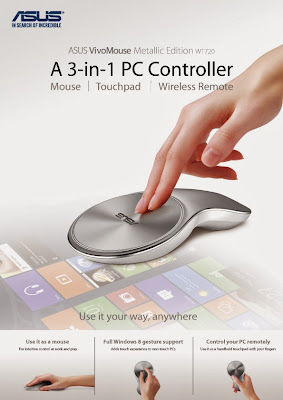 Considerations and thoughts on interfacing with VivoMouse 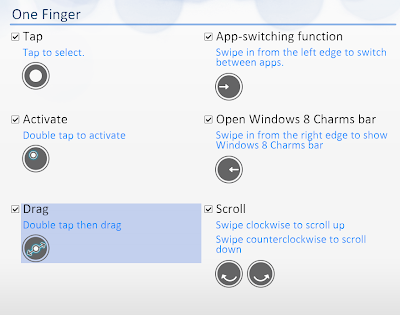 Jumping right into the different gestures and functions which the ASUS VivoMouse supports, we were happy to see that native Windows 8 gestures were supported. This includes swiping from the left of the mouse leading to App switching as well as opening of Windows 8 Charm bar by swiping from the right. These two gestures are extremely welcomes as it gives a great interface for users to interact with Windows 8 fully. It could be more suitable for those without a touch screen display. 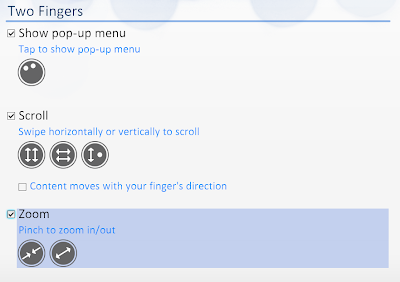 Comparing to the trackpad on the Macbook Pro and other Apple products which are acclaimed to be the best human interface devices, I think the ASUS VivoMouse comes nearest to it. Scrolling was made extremely smooth on the VivoMouse which was possible by either swiping two fingers (index and middle) on the trackpad or holding on finger and swiping the other finger( as shown in the image above). Zooming on images is also possible with the standard pinch to zoom feature on most trackpads. 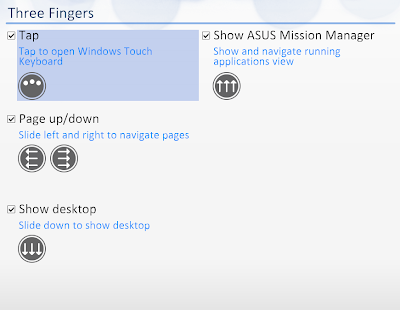 It could be troublesome to use three fingers on the trackpad, it seems that ASUS has already put thoughts into it. The three finger gestures are used less. Tapping with 3 fingers reveals the Windows 8 touch keyboard. Usually, if a user uses a mouse, it is most probably with a laptop or a desktop, so I didn’t find too many issues with that. What I really liked about the new VivoMouse was the inclusion of ASUS Mission Manager. This allows the user to switch between applications intuitively. It is in fact suspiciously similar to what Apple is doing.

Additionally, ASUS has included a battery indicator as well. Forget about panicking when the battery falls to 0% and you need to find an extra battery.

In terms of usability I felt that the ASUS VivoMouse was indeed quite usable as users need to think too much and will know how to operate the mouse naturally. Gestures and functions can be executed freely without much thoughts and we definitely can see the much work and thoughts put into this device by the ASUS designers and engineers.

My only concern with this new mouse is that it is made of plastic and I worry for its durability. Also, I felt that majority of the users will need to get used to the mouse when they first start using it. It is not your conventional mouse and the mouse click area is wider than usual, thus resulting in some irregularities and required adaptation.

However, I definitely felt that this is definitely a great product which is done well by ASUS, and hope that they will continue to work on more devices like this.

Drone startup Garuda Robotics gets US$10,000 as the winner of Startup Arena Jakarta 2013