239 Illegal Streams Detected for Mayweather vs. McGregor - The Tech Revolutionist

239 Illegal Streams Detected for
Mayweather vs. McGregor
Pirates looking to capitalize on the fight of the
century were actively advertising their illegal streams across the internet to
reach a worldwide audience 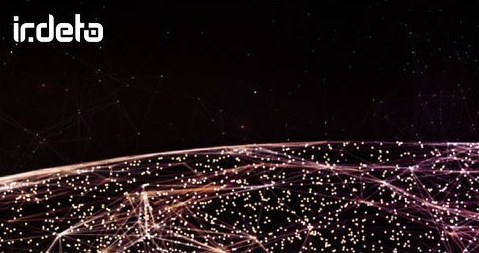 AMSTERDAM – 28 August 2017 – The Floyd Mayweather vs. Conor McGregor
boxing match was not the only competition generating attention this past
weekend. New data from Irdeto, the world leader in
digital platform security, indicates that piracy continues to be a tough
contender. Irdeto identified 239 streams that illegally redistributed the
Mayweather vs. McGregor boxing match this past weekend. Of those streams, 67
were provided via traditional pirate streaming websites.
Underscoring the
growth of streaming capabilities on social media, Irdeto also found that
pirates exploited multiple channels, including Facebook, YouTube, Periscope,
Twitch and others to illegally redistribute this premier boxing event. Irdeto
found that 165 social media streams offered the Mayweather vs. McGregor fight
illegally. Irdeto also found 6 streams available via illicit streaming plugins
for the popular media player platform, Kodi. These 239 streams are estimated to
have reached approximately 2,930,598 viewers. With both boxing and UFC fans
eager to see this matchup, pirates capitalized on consumer demand to provide
multiple illegal viewing options for this premier live sports event and reap
the profit for themselves.
What made this fight
unique was that it was the first of its kind to be available to stream live
online and it combined two huge viewer audiences: boxing and UFC. While content
availability is key, it may have also inadvertently caused some consumers to
choose an illegal service over a legitimate service due to confusion and clever
marketing. Irdeto has seen an increase in pirates creating professional
websites, technology and services, fooling some consumers into thinking they
are accessing a legal service.
However, not all of
the consumers who chose an illegal viewing option did so unknowingly. Irdeto’s
recent Global Consumer Piracy Survey of
more than 25,000 adults across 30 countries found that 52% of consumers around
the globe knowingly watch pirated video content. With operators and content
owners charging as much as $99.95 to watch the match in the US, compared to
only £19.95 in the UK and €24.95 in McGregor’s home country of Ireland, these
piracy numbers clearly indicate that consumers may seek illegal means to watch
marquee events like Mayweather vs. McGregor without paying.
With pirates
functioning more like full-fledged businesses, criminals are doing market
research and are aware that consumers are craving this type of live sports
content. In just one day in the week leading up to the bout, Irdeto identified
42 advertisements for illicit streaming devices offering Mayweather vs.
McGregor on e-commerce websites, including Amazon, eBay and Alibaba. This
clearly points to how business savvy pirates have become, creating a formidable
foe for legitimate service providers. Irdeto works on an ongoing basis with
sites like Alibaba to remove advertisements of this nature.
“Live sports are a
cornerstone of global piracy, with thousands of sites providing illegal content
attracting millions of viewers,” said Rory O’Connor, Senior
Vice President of Cybersecurity Services, Irdeto. “When combatting live
sports piracy, speed in disrupting piracy is essential. This is especially the
case with premium events like this past weekend’s Mayweather vs. McGregor
boxing match. The most effective
strategy is an intelligence-driven approach with a 360-degree view of piracy.
By identifying and stopping pirate streams in real-time through specialized
knowledge and technology, content owners and operators are able to protect
revenue and deliver a greater user experience.”
###
About Irdeto
Irdeto is the world leader in digital platform
security, protecting platforms and applications for media & entertainment,
automotive and IoT connected industries. Our solutions and services enable
customers to protect their revenue, create new offerings and fight cybercrime.
With nearly 50 years of expertise in security, Irdeto’s software security
technology and cyber services protect over 5 billion devices and applications
for some of the world’s best-known brands. Our unique heritage as a subsidiary
of multinational media group Naspers (JSE: NPN) means that we are a
well-established and reliable partner to help build a more secure future. Please visit Irdeto at www.irdeto.com.