According to information posted on Chiphell forums, AMD might possibly have sent out engineering samples of their upcoming Radeon HD 9970 graphics card to manufacturer’s. The card in talks has been sent out to AMD’s AIC partner Sapphire.

AMD’s Radeon HD 9970 is the next generation graphics card for the company. Even though the name for the next generation flagship graphics card is not official yet, most sources think that AMD will skip the HD8000 series branding and move on with the HD9000 branding.The recent AMD FX processors are also branded as FX-9000 series, possibly to coincide with the names of the upcoming name of the new graphics processors. 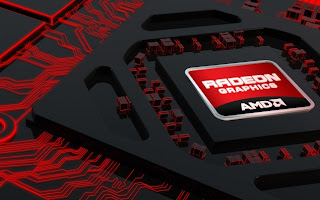 AMD’s Volcanic Islands GPU will be based on a completely new architecture which boasts process enhancements and increased number stream processors. We may see a bigger leap in terms of performance over the HD 7000 series as compared generation change, but there aren’t any technical or specification details on these cards other than their codenamed, which appeared in the leaked catalyst drivers a few weeks ago.

The AMD Radeon HD 9970 would feature a Hawaii XT core based on the next generation Volcanic Islands architecture which is said to provide much more improved performance as compared to the GCN Southern Islands architecture. Many people are expecting it to perform much better than the current fastest single GPU graphics card, aka Nvidia’s GTX Titan, even giving it the name of  “Titan killer”. However, we should not make conclusions too early and only can wait and see how well the graphic card performs against GK110.

The card sent out to Sapphire has a 12 layer PCB while the Radeon HD 7970 reference design has a 10 layer PCB. It’s not known whether the PCB is of reference design or its an experimental PCB by Sapphire. Its also mentioned that Sapphire has already planned out a total of 7 custom coolers for the Radeon HD 9970 GPU, the number of models that will be released at launch remains unknown.

NVIDIA has high hopes and is confident that their Kepler GK110 and GK104 based cards would provide competitive performance against the new AMD cards. This is why they won’t release any new graphics card until Q4 2013.

Google Nexus 5 will be based on LG Optimus G2