When AMD first introduced the concept of an Accelerated Processing Unit (APU) back in 2011, it changed the way of how consumers viewed a traditional CPU. By packaging a standard CPU and a decent GPU on the same die, the APU quickly became a good product for the price-conscious gamers for their entry-level budget build. However, the performance of the APUs back then was still far from satisfactory, and only less graphically intensive games can be supported.

Recently, AMD’s Ryzen 5000 series processors with Radeon Graphics was just released onto the consumer market. They were previously only available via system integrators. These new processors are based on the latest Zen 3 architecture, which its products had already seen great success in CPU market, stealing significant market share from competition. 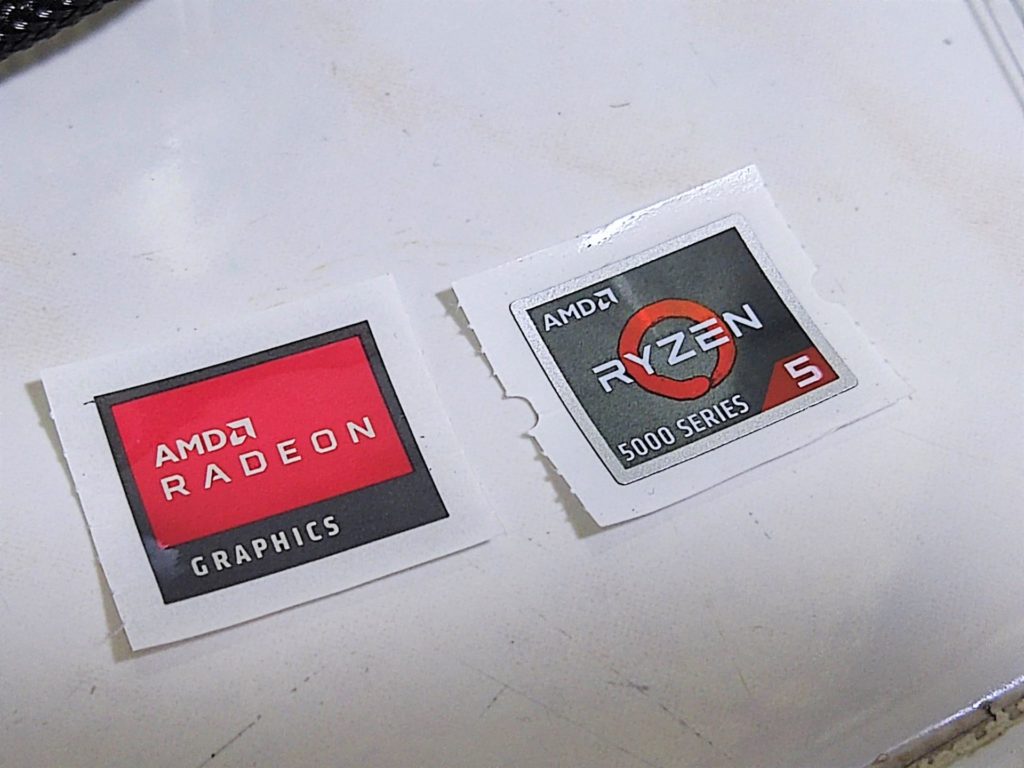 In today’s review, we are going to take a closer look at the new AMD Ryzen 5 5600G processor with Radeon Graphics, and see what exactly changed from its earlier versions. 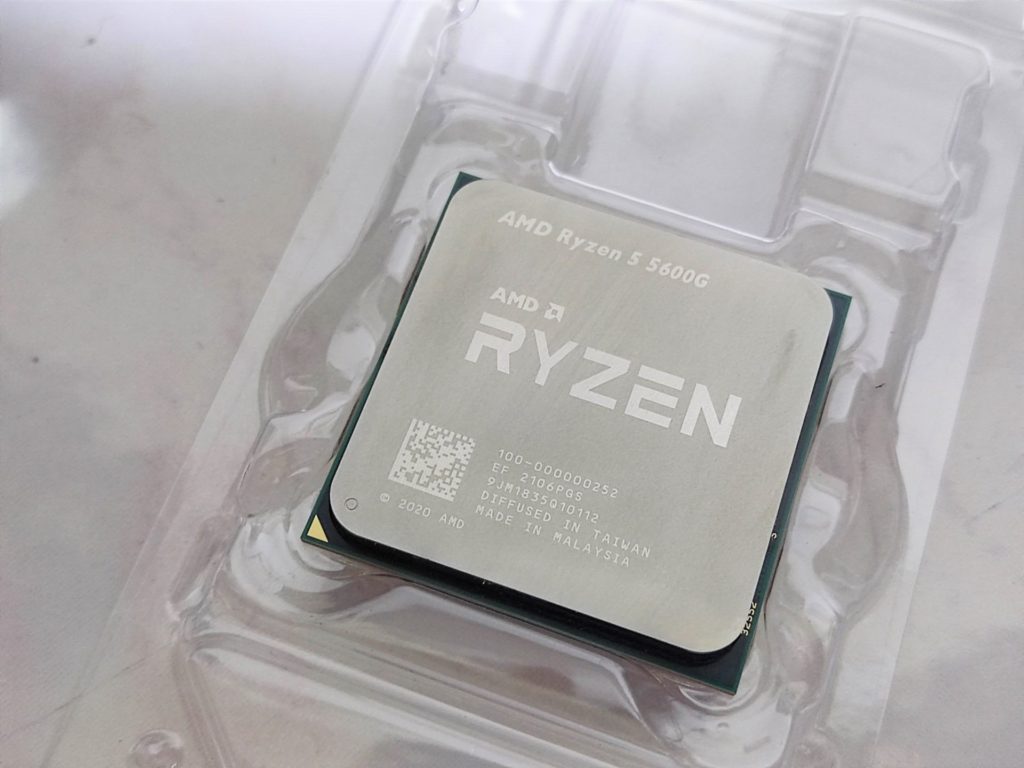 Rather than focusing on bringing more graphics performance to the Ryzen 5 5600G, AMD has instead decided to reduce the number of GPU cores and increased the CPU cores on this product. With the improved process technology, they are still able to keep the CPU within the same 65W TDP envelope. While the number of GPU cores have reduced, the other improvements such as improved architecture, faster system memory support and faster GPU clock speed should continue to bridge the gap in terms of gaming performance as compared to its predecessors. It will be interesting to see how the product fairs in our performance test.

Also, rather than associating their Ryzen with Radeon Graphics products as more budget friendly choices in their lineup, the new Ryzen 5 5600G’s jump in pricing is also quite significant. This can be attributed in both the higher demands of CPU products, as well as AMD’s position of their products as a better alternative to competition. Definitely, it’s not as affordable as compared to the past, but generally, across the market, these are the prices that we would expect for CPUs of such specifications.

Furthermore, we must understand that the performance of the graphics processing part of the Ryzen 5 5600G also depends largely on system memory performance. Unlike graphics cards, which has dedicated video memory pairs for the GPU, an APU has to make do with the slower system memory. With the new Zen 3 architecture’s improved memory controller that allows system memory to run at higher speeds, the GPU is expected to run faster.

The AMD Ryzen 5000G series processors are supported on the X570, B550 and A520 motherboards. The earlier X470 and B450 motherboards can also be supported, depending on the BIOS updates rolled out by the respective manufacturers. 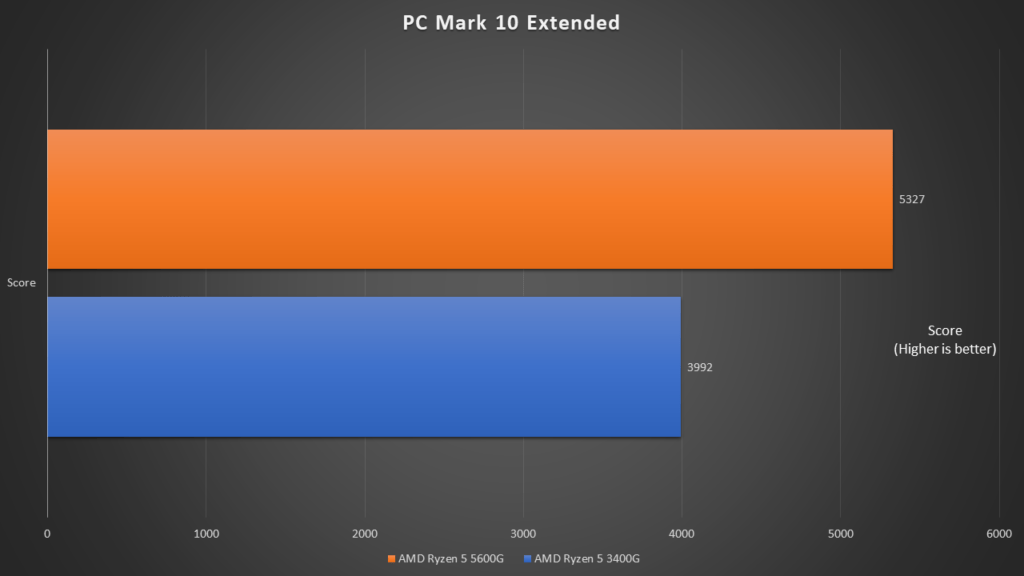 The PC Mark 10 Extended benchmarks looks at the system as a whole without any bias to specific kinds of workloads. Thanks to its better multi-processing capabilities and faster cores, there was no doubt that the AMD Ryzen 5 5600G is expected to come out on top. 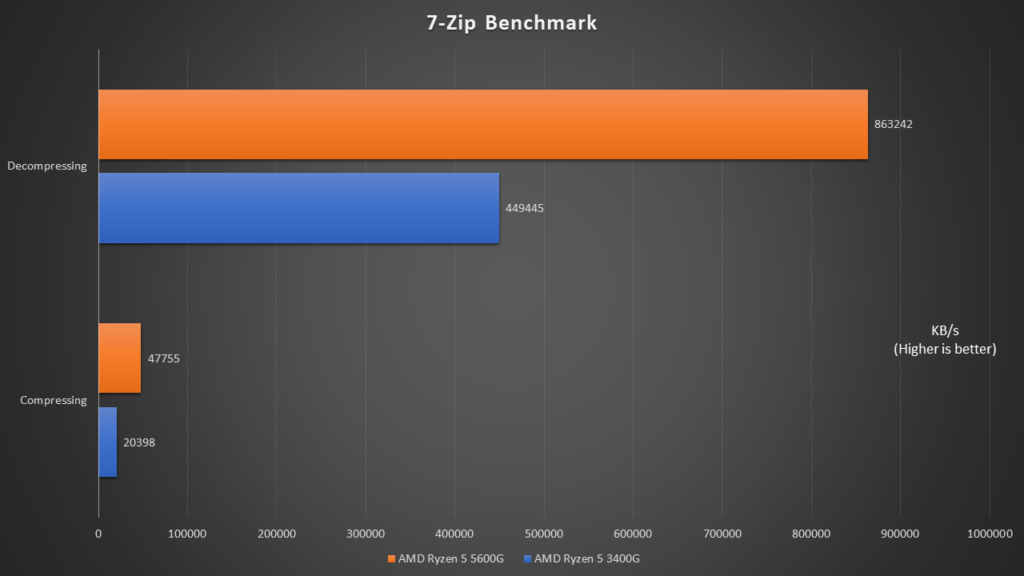 The 7-Zip application which favors multi-threaded processing capabilities allowed the AMD Ryzen 5 5600G to excel in this benchmark. The Ryzen 5 5600G was seen to be about 2 times faster than its predecessor. 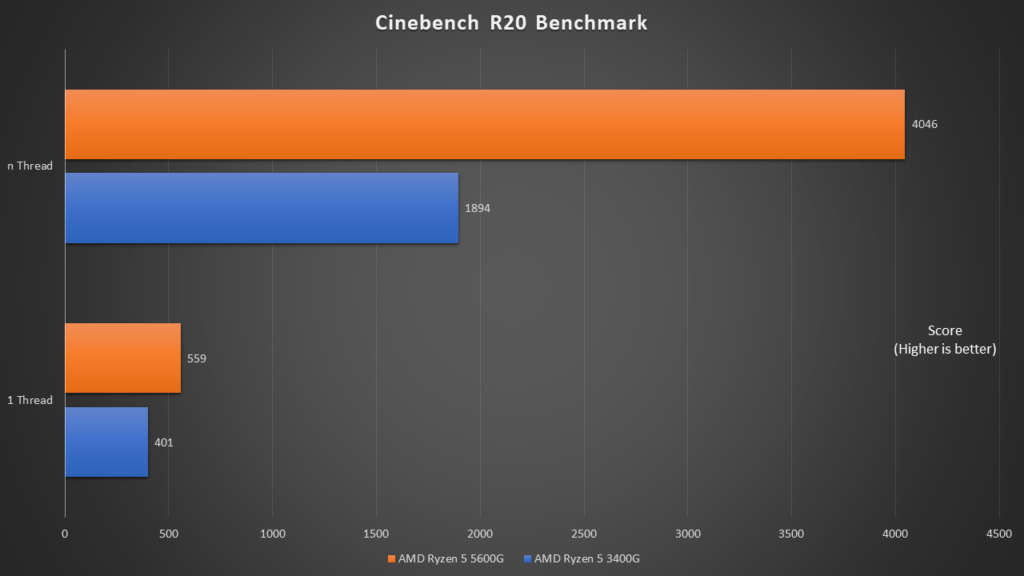 The AMD Ryzen 5 5600G was able to take advantage of having the latest Zen 3 architecture and improved 7nm process technology to result in a much higher IPC that its predecessor. The performance difference was made even more significant when CPU rendering the graphics with multiple threads at a time. As the Ryzen 5 5600G also has two more cores than the Ryzen 5 3400G, it was shown to be two times faster than the Ryzen 5 3400G. 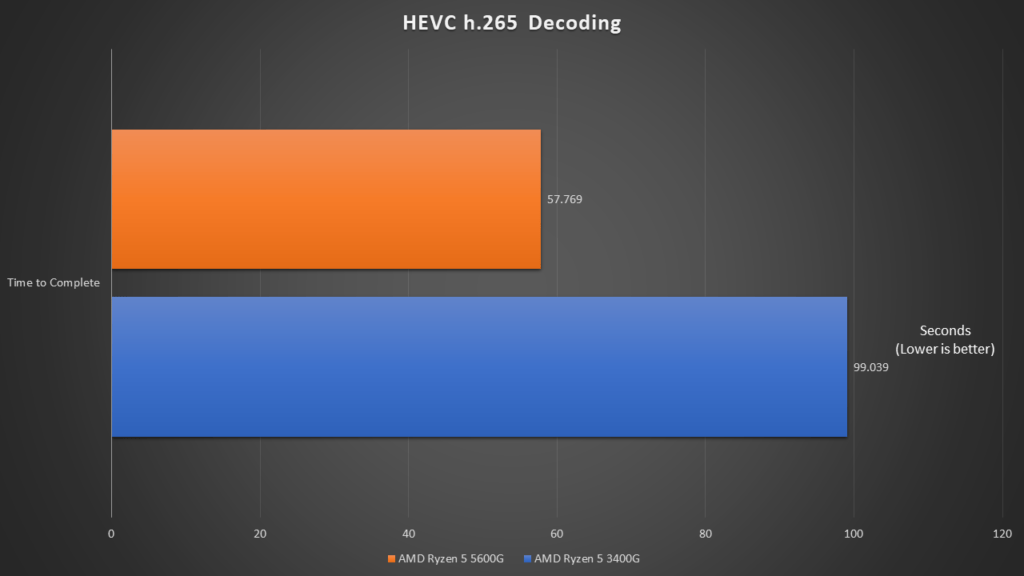 Similarly, in the decoding test, the processing capabilities of the AMD Ryzen 5 5600G was apparent. It was able to complete its task much faster than the Ryzen 4 3400G. 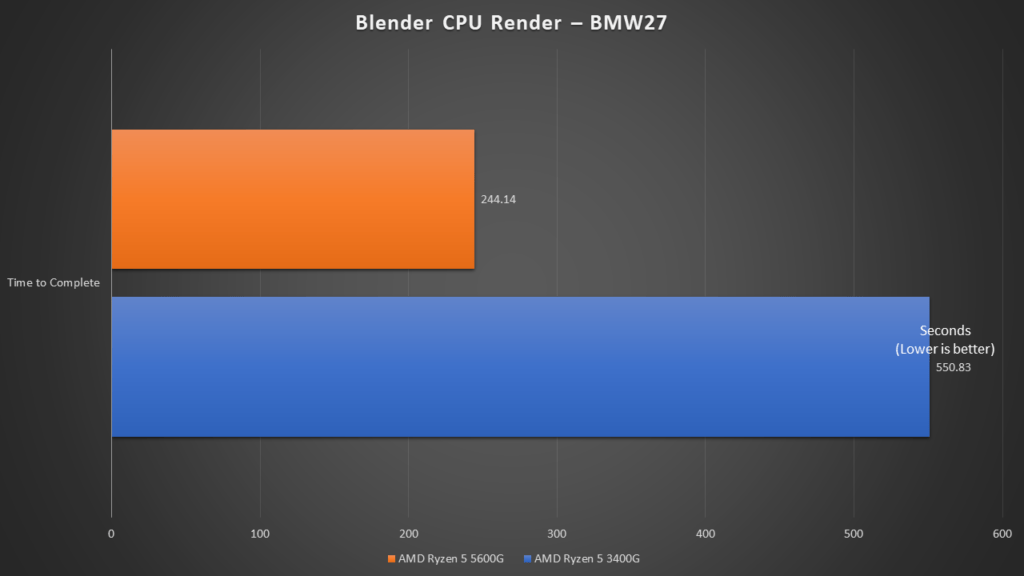 As for the Blender rendering test, the Ryzen 5 5600G retained its consistency to perform far better than the Ryzen 5 3400G. 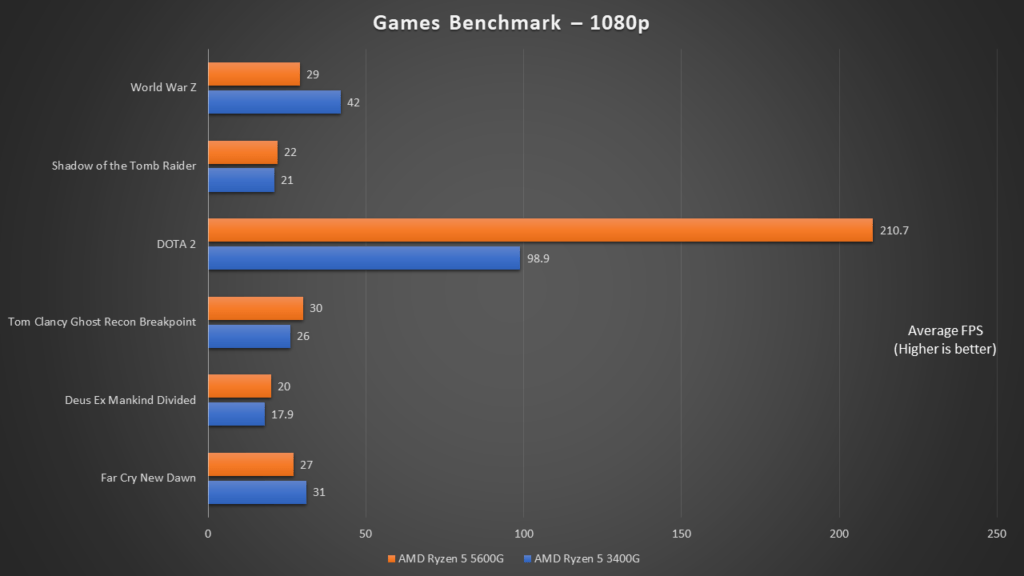 However, when it comes to games, things aren’t as peachy as expected. Even though the AMD Ryzen 5 5600G had lesser Graphics Processing cores than the Ryzen 5 3400G, it was able to close the graphics performance gap with its strength in CPU compute capabilities. In more 3D intensive games, the Ryzen 5 5600G didn’t perform as well. Regardless, it is still very suitable for less graphics intensive games that are more CPU bound, such as DOTA 2. 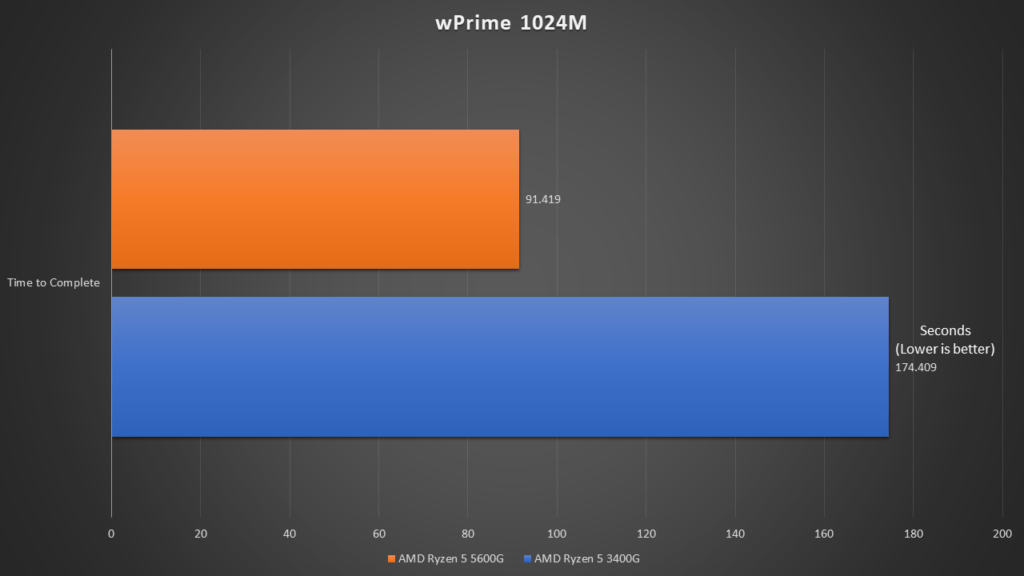 Certainly, the AMD Ryzen 5 5600G comes out on top for all CPU related tests. 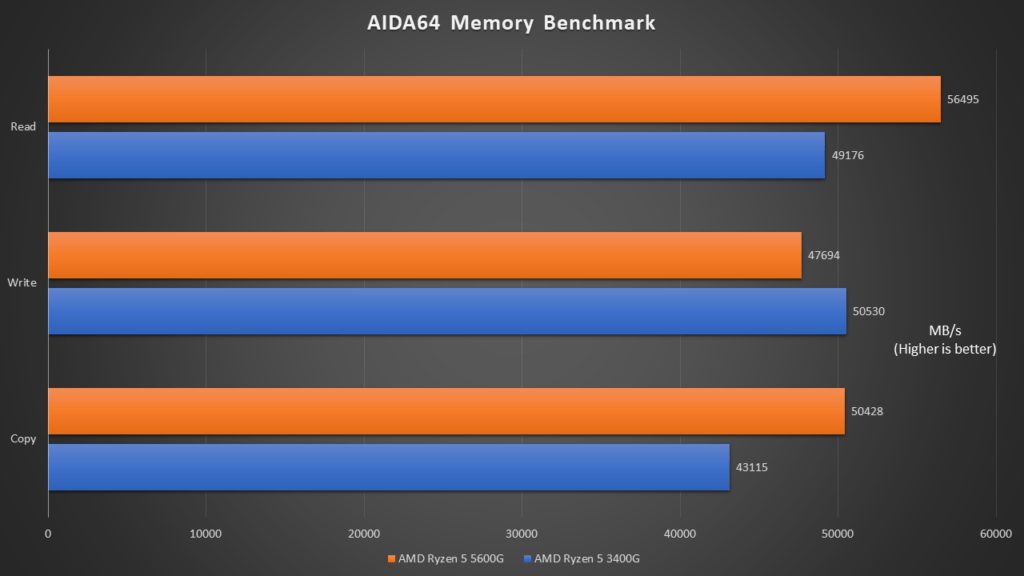 Similarly, with an improved memory architecture in the Zen 3 design, the AMD Ryzen 5 5600G also had an advantage in memory performance. This is despite the fact that both systems in comparison had the same memory configurations set. 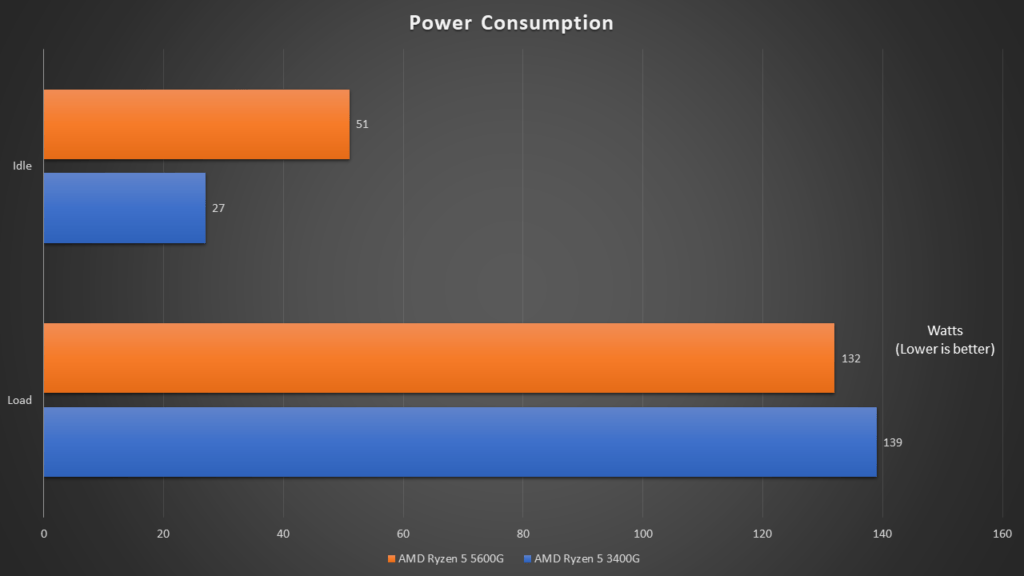 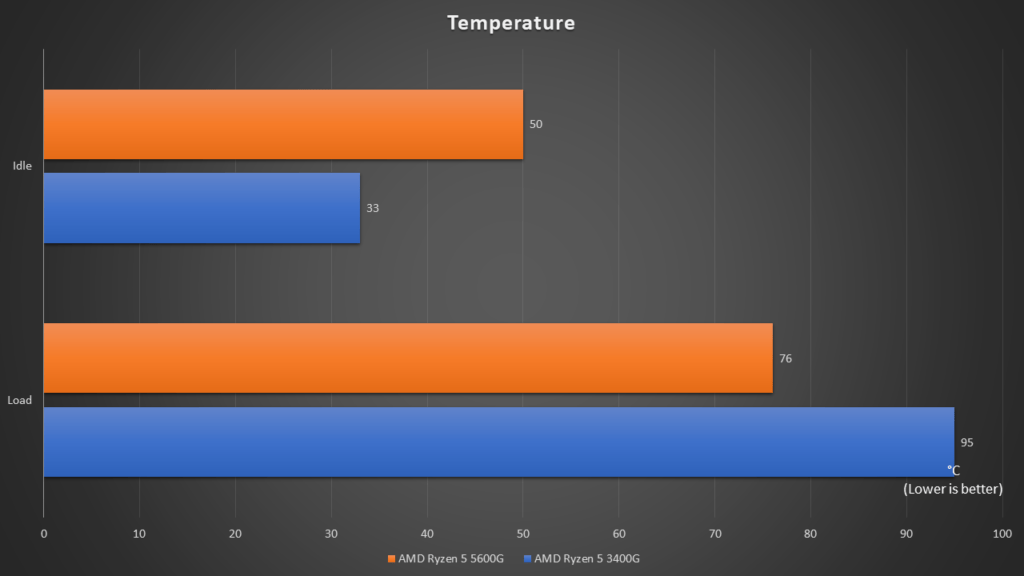 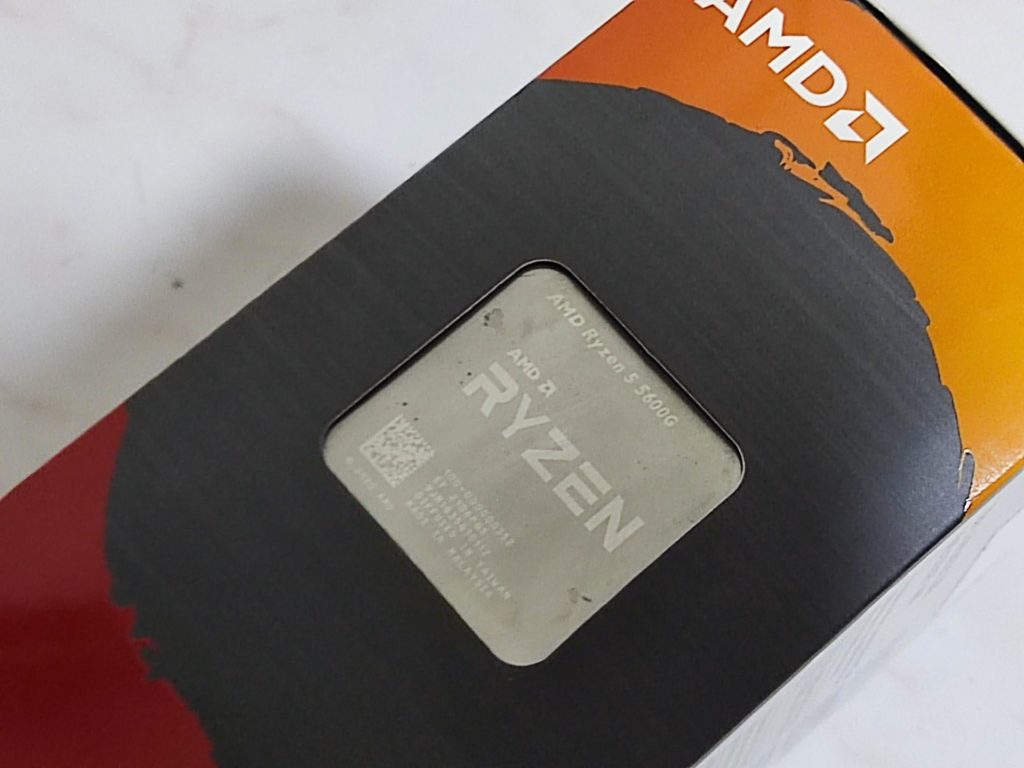 The results make the improvements of CPU capabilities on the AMD Ryzen 5 5600G very obvious as compared to its predecessor. However, we did expect a little more of the AMD Ryzen 5 5600G in terms of its graphics performance. In the past, the AMD Ryzen with Radeon Graphics products were created for those who were more budget conscious. Now, at the price point where we are seeing the Ryzen 5 5600G, it seems to just make the product just another CPU focused product from AMD.

Ultimately, it really depends on your use case. If you are looking for a new gaming PC build with decent graphics performance, the Ryzen 5 5600G will probably not make the cut. On the other hand, if the use case of your new PC is more for productivity work, the AMD Ryzen 5 5600G can certainly save you a few bucks within the need to get your hands on an expensive dedicated GPU.