With the announcement of the new 3rd Generation Ryzen processors at COMPUTEX 2019, AMD also surprised the media with the new Radeon RX 5700 series graphics card. Built on the new Radeon DNA (RDNA) architecture, the RX 5700 series has been developed with gamers in mind. In the first of its iteration, the Radeon RX 5700 series is equipped with the new “Navi” GPU. These must be the anticipated GPUs that is built on the new 7nm process technology, and is said to change the game for AMD. How well can these two new cards perform when put up against the cards in the green camp? Let’s find out together.

AMD iterated that the RDNA architecture was engineered from the ground up. It is developed with superior performance and power efficiency in mind. The Radeon RX 5700 series have the privilege to be the first of many RDNA based graphics card. Moreover, these cards are also equipped with the new PCIe 4.0 interface which provides two times the bandwidth as compared to PCIe 3.0.

We have both the Radeon RX 5700 XT and RX 5700 reference cards from AMD for our tests today. Major AIB partners (ASUS, Gigabyte and MSI) will release these exact reference cards soon, while custom designs with better cooling capabilities and specifications will be released in the near future.

First up, we have the Radeon RX 5700 XT, which is the top of the line Navi-based graphics card at the moment. This card requires a single 6-pin and 8-pin power connector to power it. It uses a blower style cooler design that takes in air from the rear through the front of the card (where the ports are).

We’re not particularly a big fan of blower styled graphics cooler solutions as they are not as effective as other solutions, and are typically noisier. However, as this is a reference card, it should not matter as much. AIB partners will innovate and design their own versions of the card that performs better and cooler.

The card comes with a interesting looking shroud that has a sort of “dented” design next to its blower fan. It adds a certain degree of uniqueness to the card’s aesthetics. Don’t mistake it to be a faulty dent when you remove it out from the box!

The card also comes with a metallic back plate that helps the card with both heat dissipation and support. Moreover, like most reference designs, the card is created with 3 x Display ports and 1 x HDMI ports.

Similar to the Radeon RX 5700 XT, the Radeon RX 5700 also uses a blower style design. It has a much more minimal and simple design that could be attractive to many. This card also requires a 8-pin and 6-pin plug to power it, even though it is equipped with lesser compute units and is clocked at a lower speed.

Since the RDNA is developed with a “gamers first” strategy, it would only make sense to have this review to focus on games. We will compare both the Radeon RX 5700 XT and Radeon RX 5700 with the RTX 2070 from NVIDIA, to better understand where these new card stands with respect to competition.

The games and their respective settings which we will be testing the cards with are stated below.

As we do expect that more custom designs will be rolled out to the market rather than reference designs, it is not part of our objective to overclock these cards. We will compare the performance of these cards based on the default settings right out of the box. However, do take note that the RTX 2070 which we have tested already comes overclocked right out of the box. We will stick to that as well. Core specifications of that card can be found here. 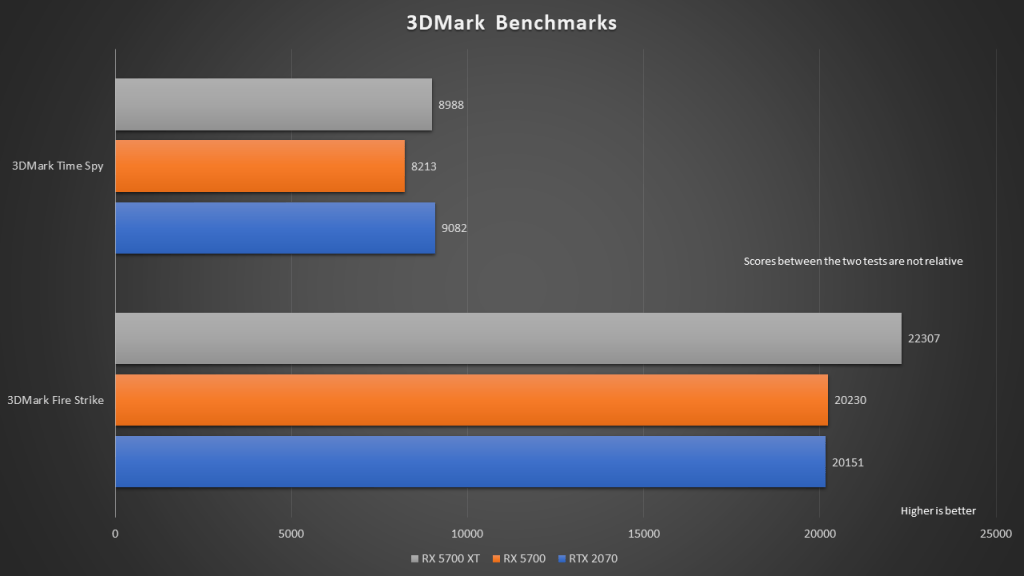 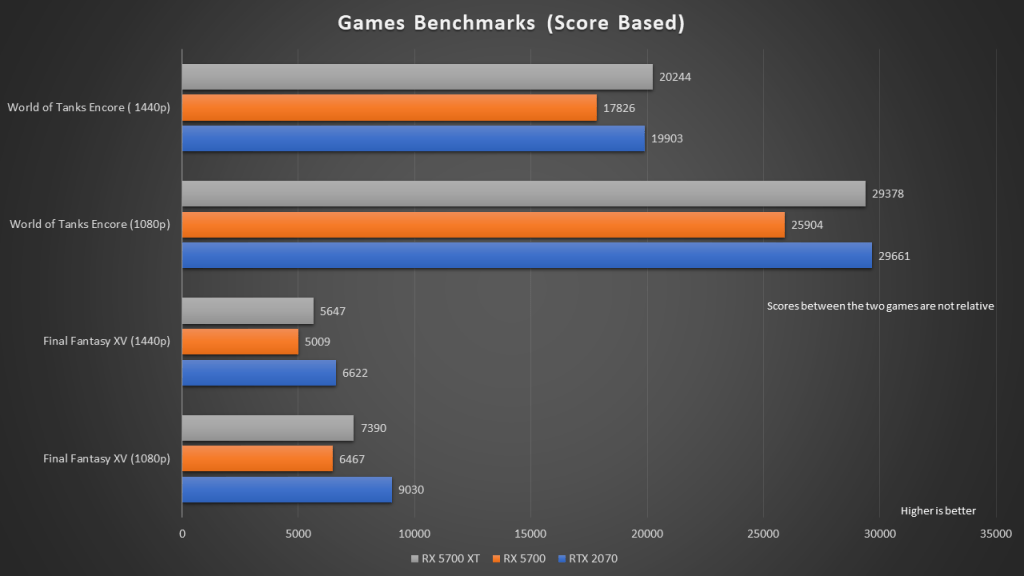 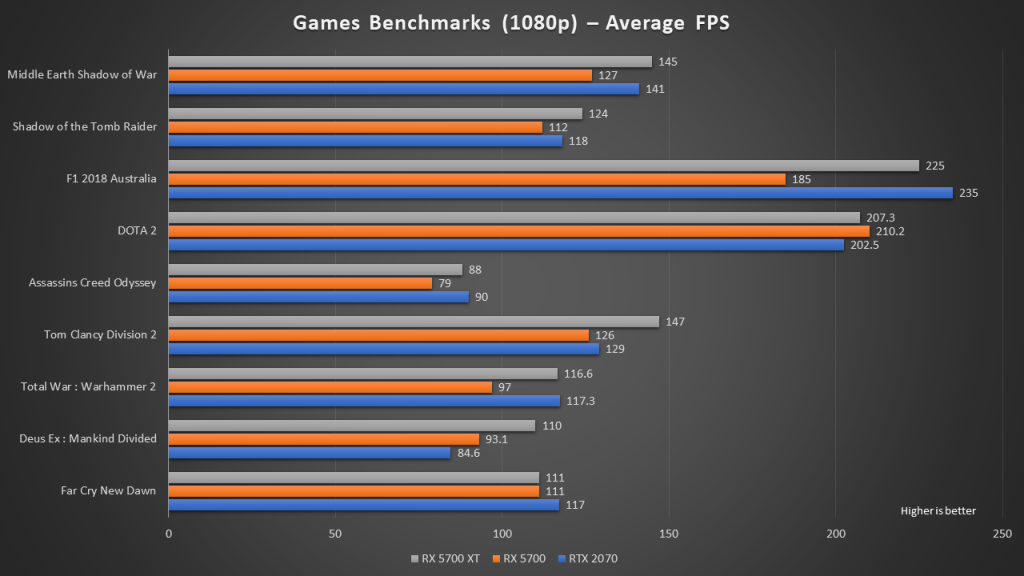 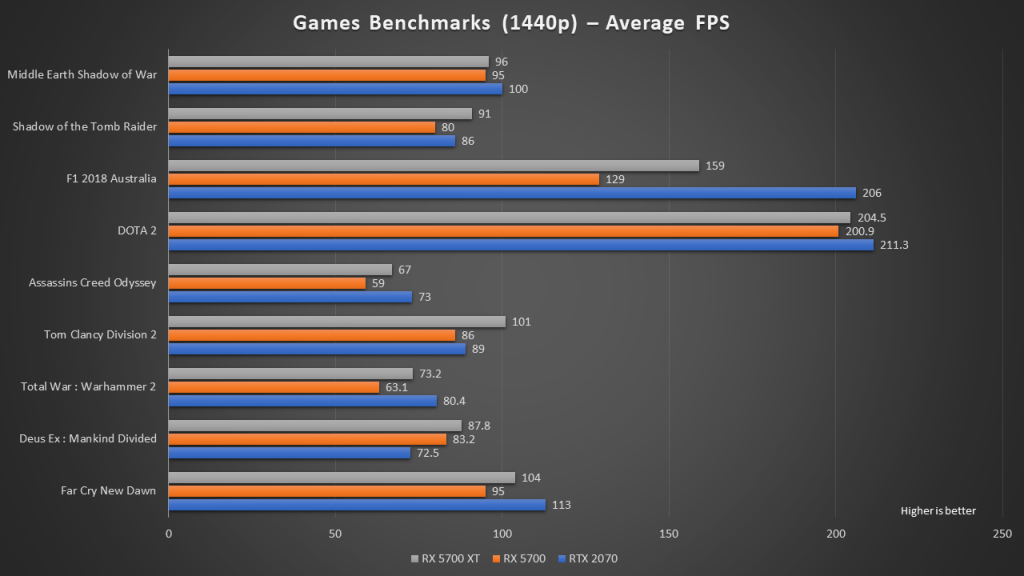 We had very mixed feelings when it comes to games. There are times when the Radeon RX 5700 XT performs better than the RTX 2070, and there are times where the latter did better. We realised that the performance of these cards relies largely on the games, and there is no clear distinction showing that either card is faster than the other. 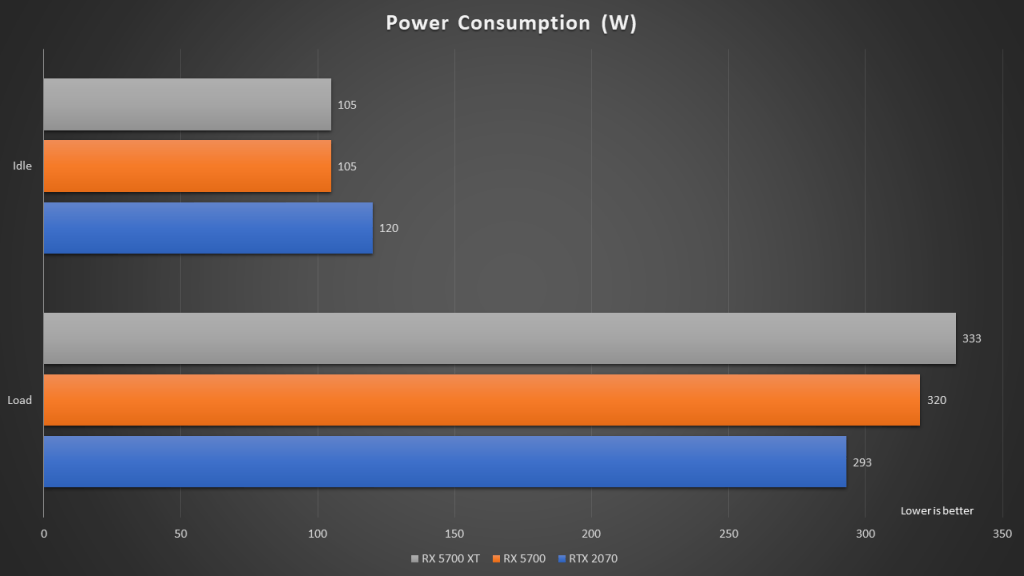 The temperature test readings were taken based on the readings from Fur Mark. Idle refers to the temperature when the system is resting after booting up from Windows. The load temperature was taken after running FurMark for 3 minutes. 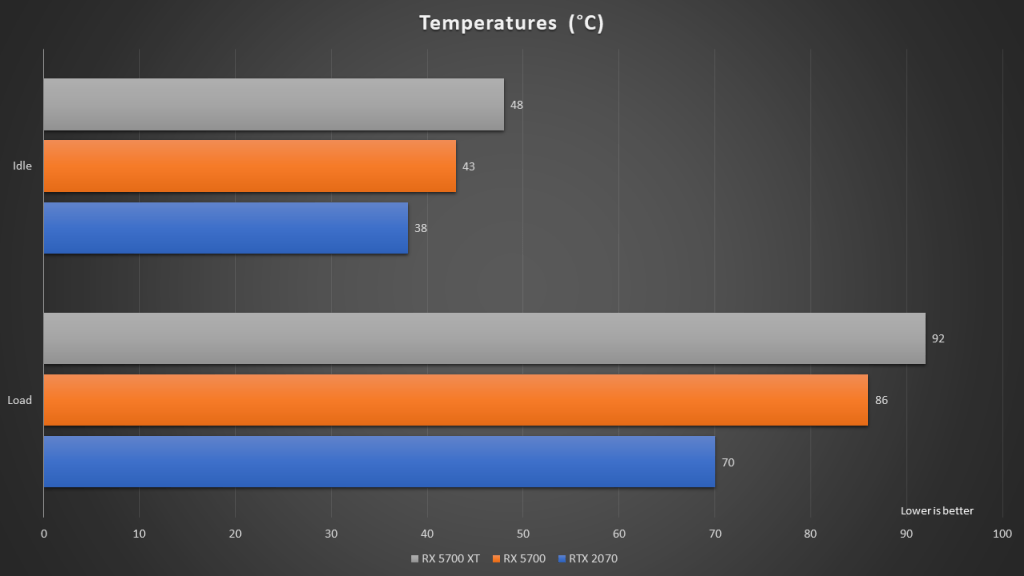 Nonetheless, we can expect better temperatures with custom cooling designs by AIB partners soon. It could also not be a fair test to compare the Radeon RX 5700 series cards to a RTX 2070 card with a custom cooling solution. So, just take these temperature tests which a pinch of salt.

It is clear that AMD finally has a product that is comparable to NVIDIA’s high end graphics card offering. It should be good enough for NVIDIA to take notice of what AMD has to offer, and react to their movements in the market accordingly. However, in terms of technology, we can see that AMD is still lacking behind.