By bumping up the CPU VCORE, we managed to increase the base turbo frequency of the Core i9 7900X from 4.3GHz to 4.7GHz. Once we made sure that the system was stable, we ran Cinebench R15 benchmark again to determine the performance improvements on this system. The score had increased from the initial 2173 to 2457. This is about an 11.5% increase in performance. 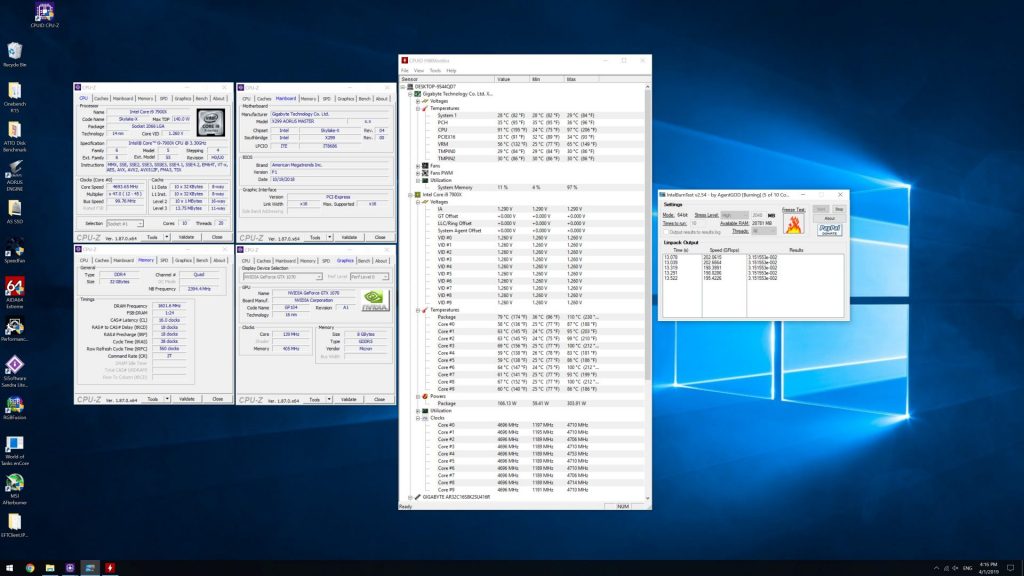 More importantly, we also ran a stress test on the system to make sure that there weren’t any sort of VRM throttling on the system. With IntelBurnTest, we saw the VRM temperature rise to a maximum of 65 degree Celsius. This is considered to be rather fine and acceptable. Moreover, even under such stressful usage scenario where the motherboard is pulling significant current from the main power source, there were no signs of throttling. This means that the X299 AORUS MASTER is capable of reliably sustaining a high overclock even under load.