After the launch of the consumer grade Intel 9th Generation Processors and the new Z390 chipset, Intel continues their stride with a refreshed line-up of the X-series processors. Announced in October and launched in November 2018, the new Skylake X Refresh processors are based on the same Intel Skylake architecture, but with an enhanced 14nm fabrication process. This has allowed Intel to further bump up the frequencies of these processors for their whole lineup.

Motherboard manufacturers are not late in the game, as many of them have released newer versions of X299 motherboards to enhance their current motherboard lineup. Gigabyte has released their new X299 AORUS MASTER motherboard to welcome the new Skylake X Refresh processors as well. As we understand, the AORUS MASTER branding is only accredited to a high-end product. While the X299 platform is already considered to be a High-End Desktop platform, what can we expect from Gigabyte from its highest-end product? Let’s hope they won’t disappoint us. 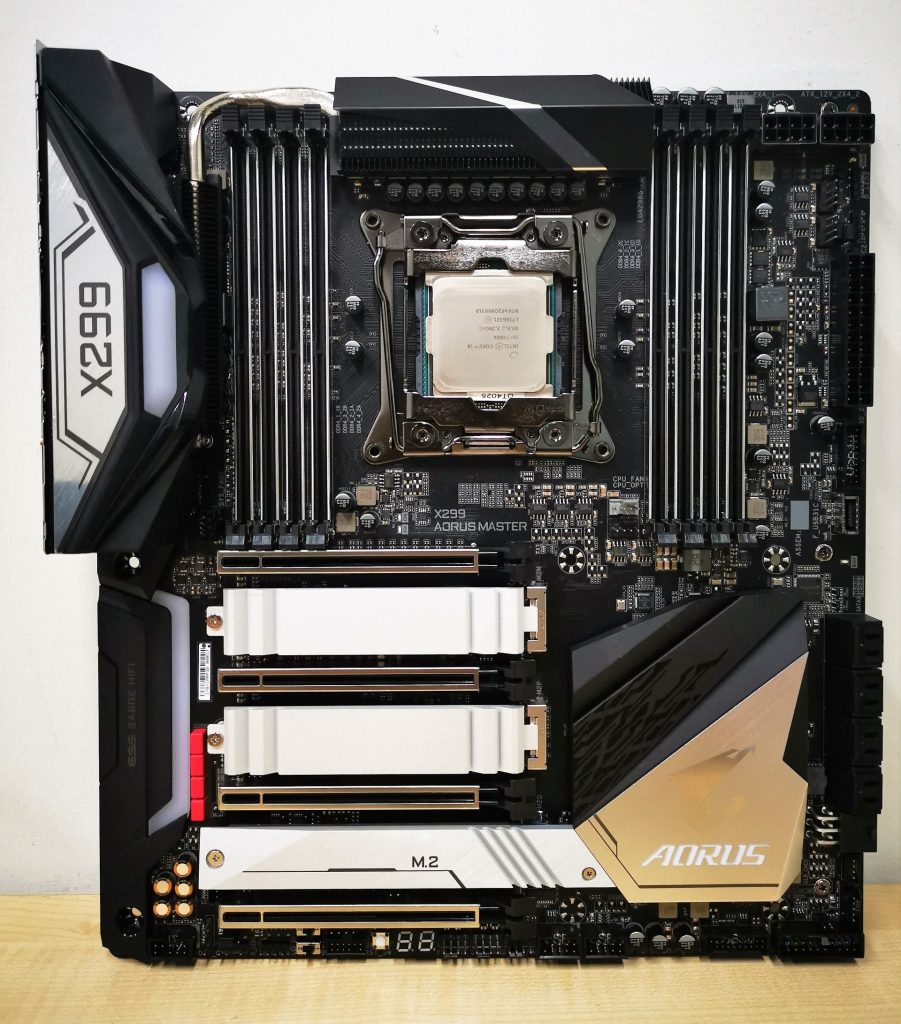 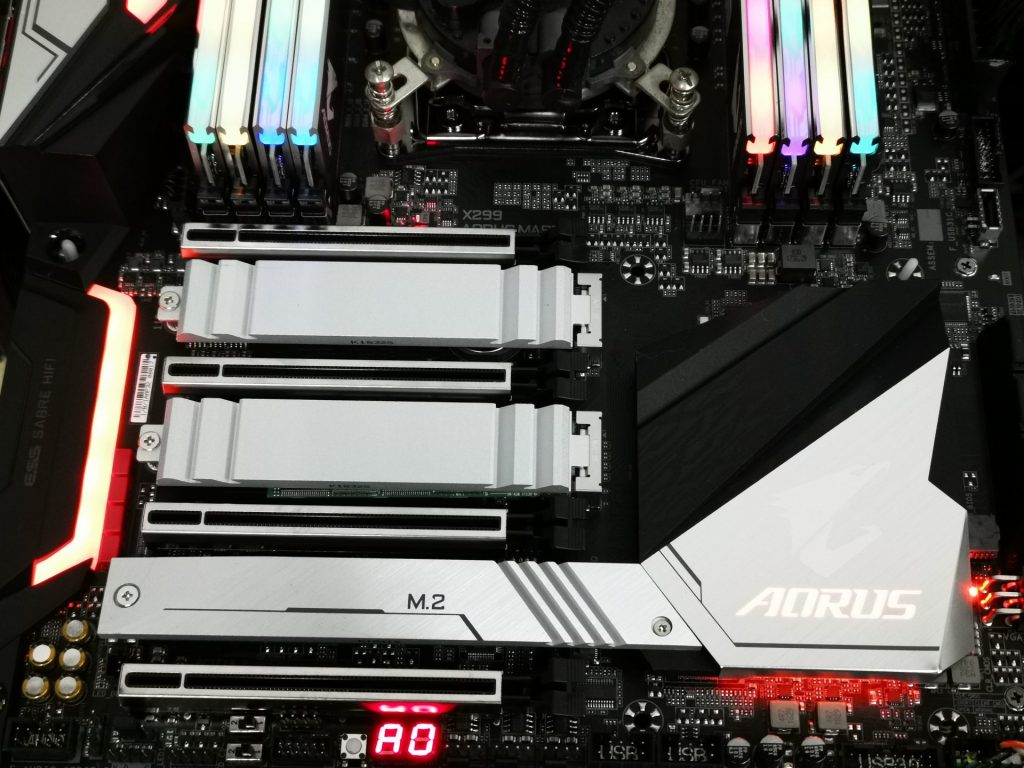 The motherboard supports NVIDIA SLI and AMD CrossFire technologies. As the X299 and X-series processors are created for HEDT (High-end Desktop) systems, there are plenty PCIe bandwidth for multi-graphics card compatibility. This means that each installed graphics card for dual CrossFire/SLI setups will be able to enjoy the full bandwidth of PCIe x16 that it truly deserves. The second and fourth PCIe slots still runs at PCIe x8, but still opens up the capabilities of the motherboard to run up to four graphics card at once. Such configurations will be useful for scientists seeking for GPU compute capabilities placed in a ATX desktop form factor.

From Left to Right, Top to Bottom: 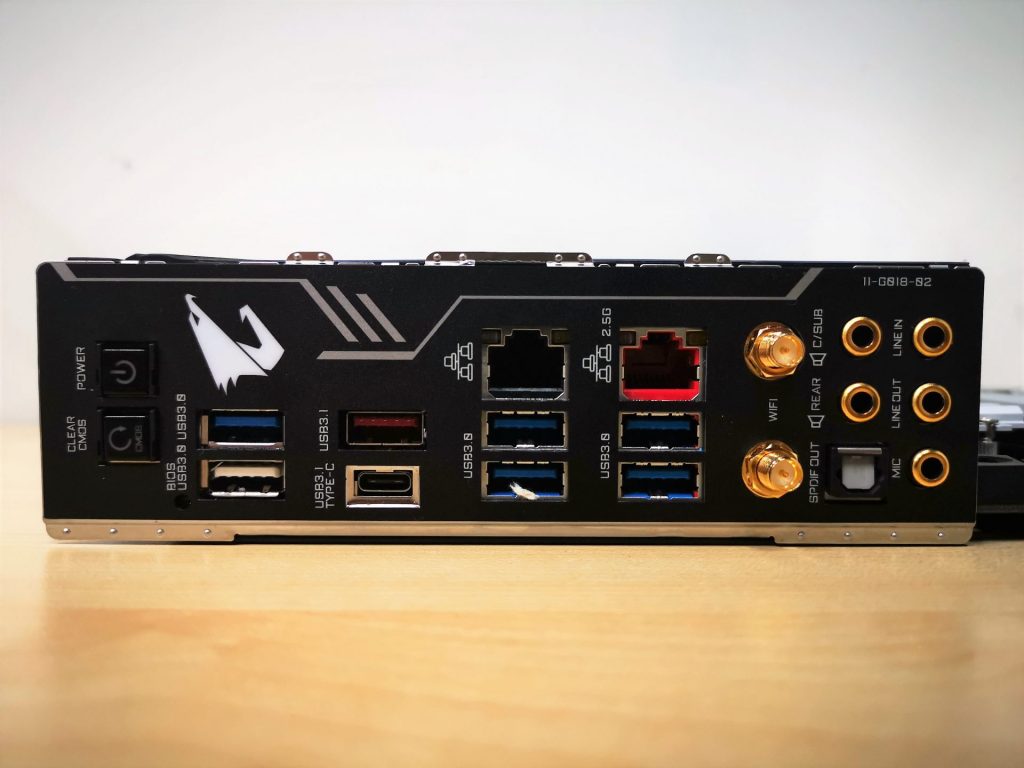 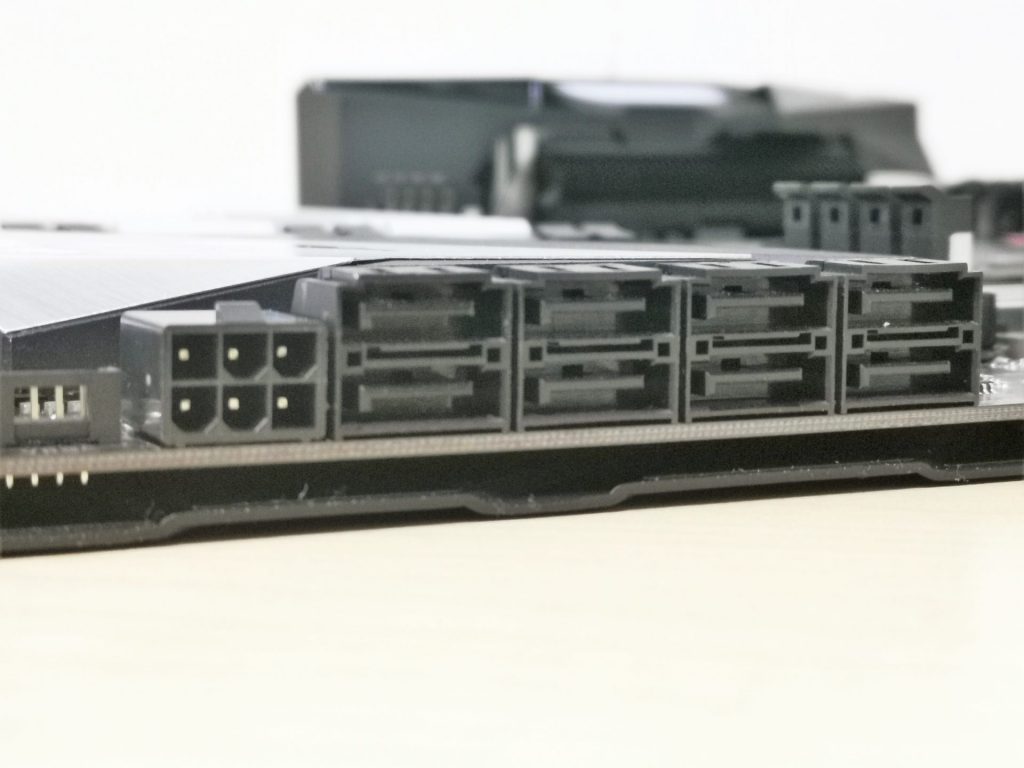