Kingdom Hearts III comes to Singapore on the 29th January 2019 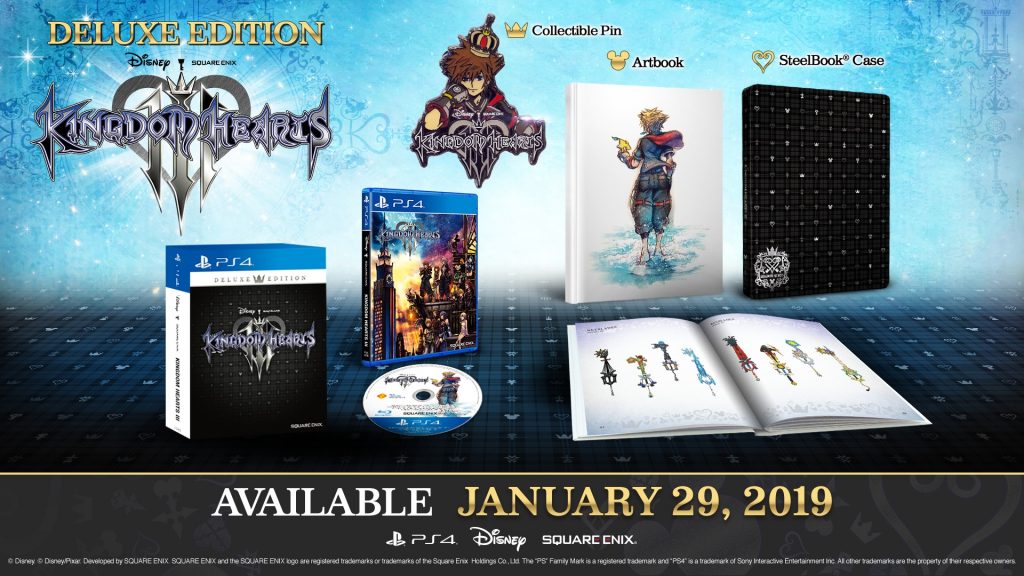 In addition to thrilling action, the combat system, which is arguably the best in the whole series, is also a key feature of the game. Partner with Disney-Pixar characters for support. Turn the tide of combat by summoning all-new “Attractions”, inspired by the theme parks. Experience unique and entertaining gameplay that only exists in the KINGDOM HEARTS series.

KINGDOM HEARTS III tells the story of the power of friendship as Sora and his friends embark on a perilous adventure and support each other through difficult times. Set in a vast array of Disney worlds, KINGDOM HEARTS follows the journey of Sora, a young boy and unknowing heir to a spectacular power. Sora is joined by Donald Duck and Goofy, two emissaries sent by King Mickey from Disney Castle, to stop an evil force known as the Heartless from invading and overtaking the universe.

Through the power of positivity and friendship, Sora, Donald and Goofy unite with iconic Disney-Pixar characters, old and new, to prevail amidst tremendous challenges and persevere against the darkness threatening their worlds.

KINGDOM HEARTS is a series of role-playing games created through the collaboration of Disney and Square Enix. Since the first KINGDOM HEARTS was released in March 2002 for the PlayStation®2 computer entertainment system, the series has expanded with several additional entries. The series celebrated its 15th anniversary in March 2017, and has shipped over 25 million units worldwide.