With 35 Percent Global Market Share in Mini Components and All-in-One,

LG’s XBOOM Positioned to be Powerful Player in New Categories

SEOUL, Aug. 20, 2018 — At IFA 2018 in Berlin, LG Electronics (LG) will unveil its expanded lineup of XBOOM audio products which in addition to mini components and all-in-one products, now also include XBOOM Go portable Bluetooth speakers and XBOOM AI ThinQ smart speakers. The XBOOM name has always stood for powerful sound in a festive environment which has contributed to its 35 percent global market share among mini components and all-in-one audio categories.

On its 60th anniversary, LG is aggressively driving its audio strategy by focusing first and foremost on sound quality, investing heavily in a wide range of R&D initiatives. One of these efforts is the partnership with Meridian Audio, whose technology is implemented in LG XBOOM products. As the company behind the world’s first digital active loudspeaker and industry’s first audiophile-quality compact disc player, Meridian has played a fundamental role in the development and implementation of revolutionary audio technologies such as Master Quality Authenticated (MQA) and also served as the exclusive audio brand for premium carmakers such as Land Rover, McLaren and Jaguar.

The XBOOM mini component (model CK99) and all-in-one (model OK99) are crowd favorites with thundering output starting at 1,800 watts and topping off at 5,000 watts for a lively party atmosphere. The Pro DJ Wheel allows anyone to become a DJ with creative mixing and scratching functions and fun lighting effects. Karaoke fans can eliminate the vocal track from almost any song adjust the pitch with Voice Canceller and Key Changer while the Grab & Move handle and casters of the LG OK99 takes the definition of “portable audio system” to a whole new level. 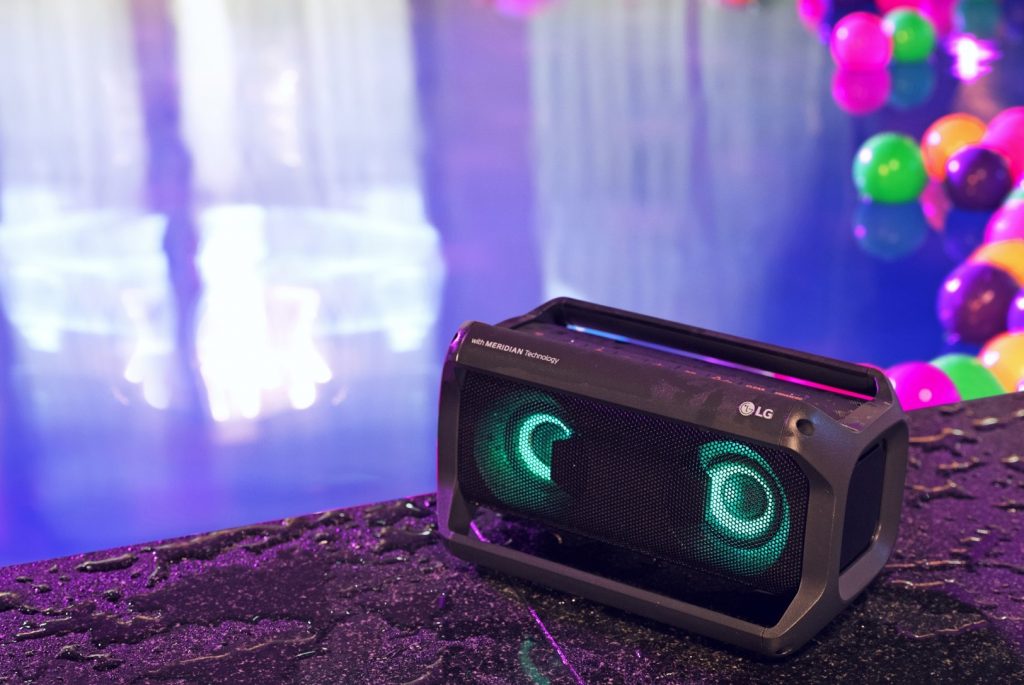 The addition of XBOOM Go (models PK3/PK5/PK7) allows even more music lovers to enjoy the benefits of LG’s audio expertise. XBOOM Go embraces the brand’s heritage of powerful sound and party fun and is designed to captivate listeners with both unmatched quality and user convenience. With Meridian’s advanced audio technology, XBOOM Go speakers deliver clear treble and enhanced bass as well as exceptionally powerful, accurate sound despite their compact size.

And XBOOM Go is the first wireless speaker to support aptX™ HD from Qualcomm for superb lossless 24bit/576kbps hi-res streaming audio that satisfies highly demanding audiophiles sensitive to loss of fidelity through Bluetooth. LG was the first company to include aptX HD in a smartphone with the G5 and the advanced audio technology is found even today in the LG G7 ThinQ. The XBOOM Go models also feature multicolor mood lighting as well as Grab-N-Go and X-grip handles for ultimate portability and stability. Long battery life and resistance to the elements such as water makes XBOOM Go speakers perfect for outdoor activities.

LG XBOOM AI ThinQ speakers consist of model WK7 and model WK9 and feature the Google Assistant to help get things done with just a voice. Unlike other AI speakers, the quality of the sound from LG XBOOM AI ThinQ isn’t just an afterthought. LG’s partnership with Meridian brings the full potential of the two companies’ audio expertise, delivering high-fidelity sound, precise vocal definition and accurate bass. And the lossless High Resolution Audio in the LG XBOOM AI ThinQ can faithfully reproduce sounds recorded in the studio. LG collaborated with Google to integrate the Google Assistant directly into the product as a home hub, allowing the WK7 and WK9 to control Google Assistant-compatible smart home devices along with LG home appliances compatible with LG ThinQ. The XBOOM AI ThinQ WK7 speaker, currently launching in key markets, will soon be joined later this year by the WK9 with its 8-inch Smart Display for a richer interactive experience. 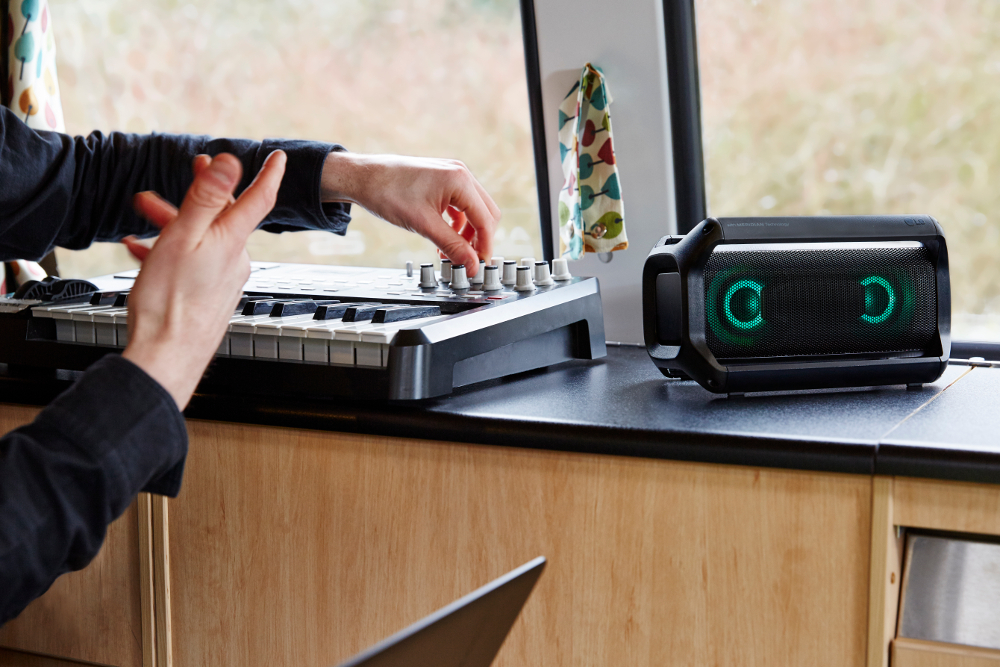 “By expanding our XBOOM brand to include wireless and smart speakers, LG is opening up new possibilities with XBOOM leading our entire home audio business,” said Seo Young-jae, head of the convergence audio and video business division at LG’s Home Entertainment Company. “With Meridian as our audio technology partner, we are confident XBOOM will success in Europe as it has in other regions around the world.” 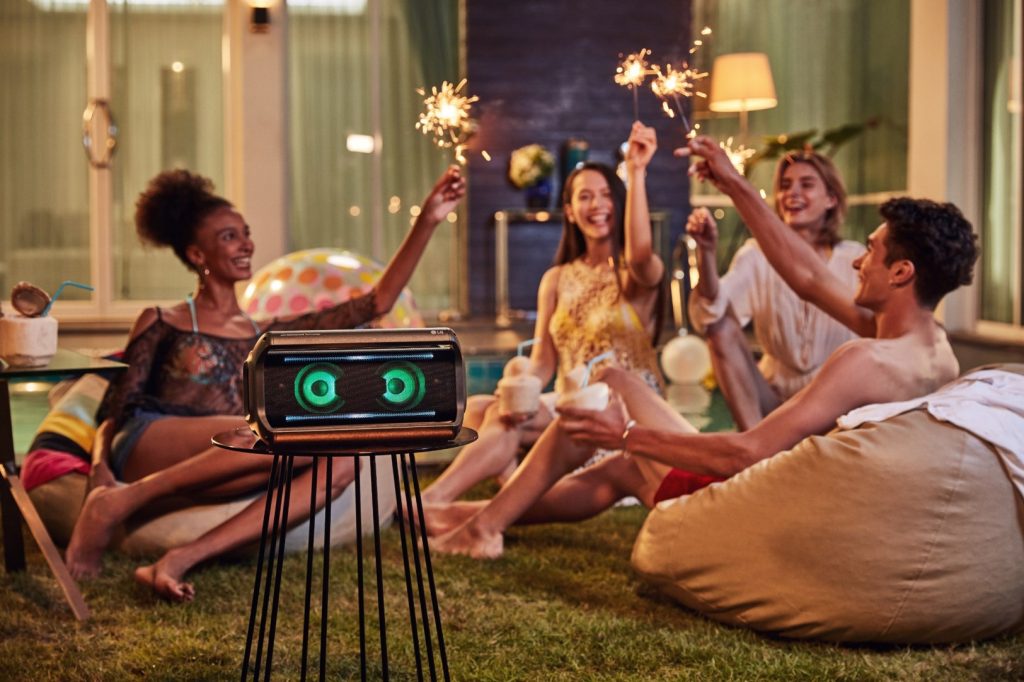 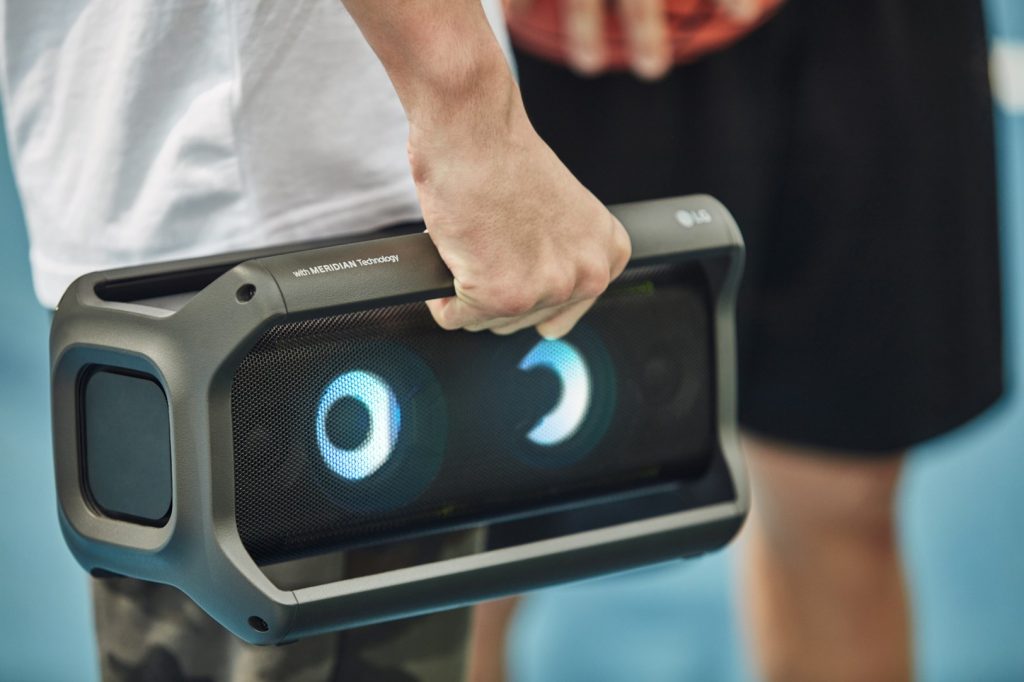 Visitors to LG’s booth at IFA 2018 in Hall 18 will have the chance to see the LG XBOOM products and other home entertainment innovations for themselves.

Hot off the Press
Reviews