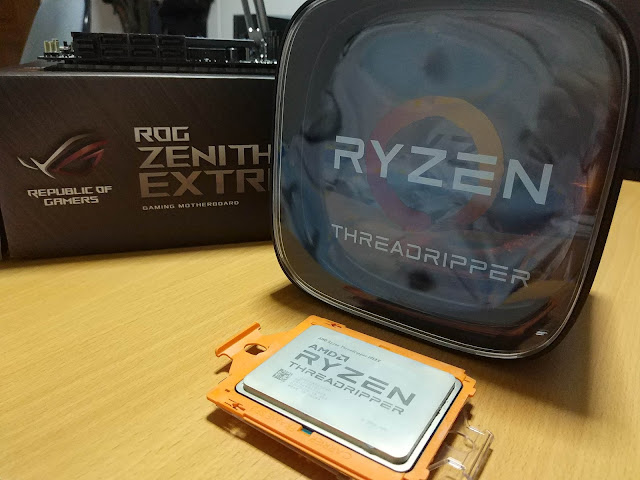 It has been more almost two months since the launch of the
new AMD Ryzen Threadripper platform. This high-end platform officially
signifies the return of AMD into the consumer CPU space, completing the full
range of desktop processors from the entry-level to High-End Desktop Segments.
Ryzen was hugely welcomed by consumers which sent a very
strong message to competitors in the same market that AMD is back in the game.
In this month’s special, we are going to take a deep dive
into the AMD Ryzen Threadripper platform, to fully understand the strategies
that AMD is taking to make their CPUs great again. *Make AMD Great Again* The whole series will be
segmented into 5 parts. In each article, we will focus on certain topics of the entire platform. For a start, let’s study AMD’s
strategy with the Ryzen Threadripper, as well as the whole Ryzen
Micro-Architecture to find out why AMD is able to scale their Ryzen series so
well.

AMD had quite a
journey for the past 10 years

I built my very first desktop computer back when I was 16, with a AMD Athlon x2 5000+. Quite frankly speaking, I have always been a AMD fanboy
(You could also probably guess my age from that). AMD always focused on providing
the best value to consumers as well as better performance at a lower price than the competition.
While Intel continued to innovate with their CPU architectures
with their tick-tock strategy, AMD’s CPU Micro-Architectures seemed to have
reached a peak. Performance increase was achieved largely by putting in more compute
modules/cores into a single CPU chip, while ramping up core
clocks. Since then, the gap in performance between AMD and Intel was slowly widening. As such, AMD simply lost their
competitive edge in the consumer desktop CPU space. That was the time when
Intel was able to leverage on their strength in advancements in the CPU
Micro-Architecture, and dominated the market for many product generations.

The rise of the Zen
Micro-Architecture

It wasn’t easy to come out with a whole new modern Micro-Architecture
for a new CPU. After a long 5 years of conceptualization, design, development
and further improvements, AMD’s Ryzen series CPUs were introduced earlier this
year in March. The market was extremely receptive when the new Ryzen CPUs were
launched and AMD’s desktop CPU market share rose significantly over the past
few months. AMD’s target was to have the Zen based CPUs be 40% faster in terms of Instruction Per Cycle than their previous micro-architecture. With an
aging Micro-Architecture design, AMD knew that they had to start from the
ground up, and re-imagined the whole Zen CPU. It seems that their hard work over
the past years in development of the new micro-architecture had definitely paid
off, as AMD has announced that they had actually achieved a 52% increase in IPC
performance, which is much higher than the targeted 40%. 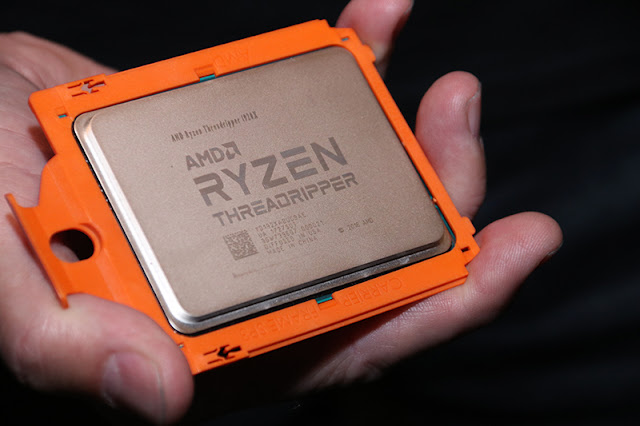 The AMD Ryzen Threadripper is a monstrous CPU. It is the
first ever desktop class CPU that features a whopping 16 cores and 32 threads,
redefining the idea of a High-End Desktop (HEDT) computer. AMD has put their
bet largely on bringing increased performance with multi-processing in order to
compete with their competition. As Moore’s law reaches its limitations, it
seems that the only way to improve performance is to increase parallelism by
having more compute cores. This will also probably change the way how many
other software applications will be developed and executed in the future. Of
course, AMD’s strategy is to be the first out in the market to prepare users
for the future of highly threaded software applications and show off the raw
performance capabilities of their CPU. All these are done while still making their products a lot
more affordable than competition.

The AMD Ryzen Threadripper is a product that is for a very
niche market segment. In today’s context, I would rather label the AMD Ryzen
Threadripper as a more application specific processor, rather than a HEDT
processor. Not many applications will be able to utilize the huge number of
computing cores, but this may change in the very near future. Of course, highly
threaded applications such as 3D Modelling, Audio Engineering, Video Editing,
Software Development, Data Analysis and Data Processing work will perform
extremely well and are mostly optimized for the AMD Ryzen Threadripper. The keyword here
is “optimized”. Of course, the Ryzen Threadripper will still be able to play
games, or compute single threaded applications really well as compared to other
processors. But as shown in the initial reviews of the Threadripper, the blue camp
members seem to still do better.
The AMD Ryzen Threadripper sets itself aside as a serious
multi-tasker. In complex compute applications, this could simply mean that the
completion of computations cuts down from days to hours
or even minutes. However, we would again like to state that the highest end Threadripper
is not meant for mainstream users, as you would likely not to fully utilize all the CPU
resources. However, let’s not forget the other processors in the Threadripper
lineup. Luckily, AMD has also clearly thought about this, and introduced the
Threadripper in 8 cores, 12 cores and 16 cores variants. In fact, the 8 core
1900X Threadripper will be a great CPU for HEDT. With the high clocks, large
PCI-E bandwidth and many other features of the TR4 chipset, it will entice many
gamers to their Threadripper platform as well.
To sum up the introduction of the whole AMD Ryzen
Threadripper platform, we would say that the whole system is made and designed
for creative professionals and scientists, but also works well in competitive
gaming and streaming (particularly the 1900X). It is on an extremely scalable
platform has great expandability options, and supports overclocking which can
even bring it to a next level of performance.

Quick Look at the Zen
Architecture in the Ryzen Threadripper

The whole Zen Micro-Architecture is able to reach its
performance thanks to the focus on four areas. 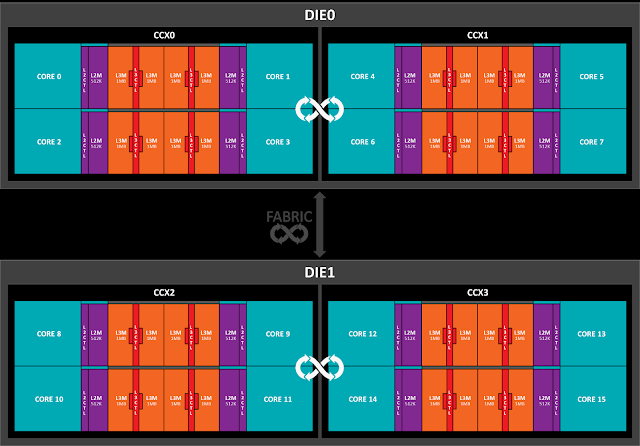