.embed-container { position: relative; padding-bottom: 56.25%; height: 0; overflow: hidden; max-width: 100%; } .embed-container iframe, .embed-container object, .embed-container embed { position: absolute; top: 0; left: 0; width: 100%; height: 100%; }
Project CARS 2 is the second iteration in Slightly Mad Studios’s Project CARS series, which promises to bring the “Ultimate Driver Journey” to racing enthusiasts all over the world. Being available on all major platforms is a great move to improve the game’s availability. Doing so provides players with the flexibility of choosing whichever (supported) platform to experience the game on (PS4, Xbox One and PC).

Did You Say CARS? 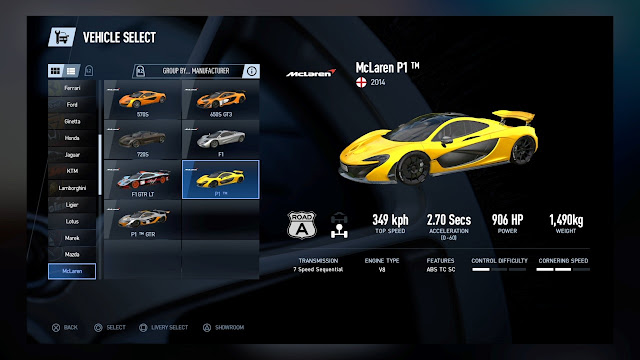 Project CARS 2 features a roster with a 180 cars, nearly tripling that of their predecessor. Not only can you select up to 9 types of motorsport disciplines, you can also choose up to 29 various motorsport series to make your driving experience unique each time you set your foot (wheel) on the track. Right before racing, your own liveries can also be selected to add a certain level of customization to the look of your vehicle.

Not to mention, Slightly Mad Studios faithfully reproduced several iconic cars into the game, many of which aged magnificently. Here are some of them:
Ferrari 288 GTO

Race Through The Haze 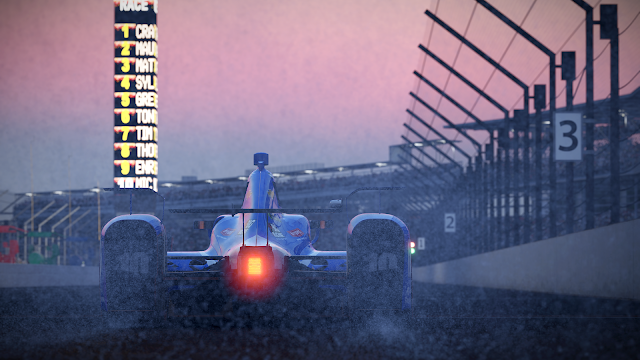 Project CARS 2 is running on Slightly Mad Studios’ proprietary MADNESS game engine. This allowed the game to run smoothly on a wide array of machines, ranging from the weaker consoles to PCs. On the consoles, there is a full HDR support, allowing you to experience a wider range of colors. If your PC is a powerhouse, the resolution can go up to 12K on triple monitors setups. All these results in a great experience on whatever you are gaming with.
There is also interesting use of the controllers’ speakers, particularly the PS4 controller. Voices of coaches or spotters are played through them and do sound nearer, resulting in a more personal racing experience. As you would expect, cars also look and sound authentic. 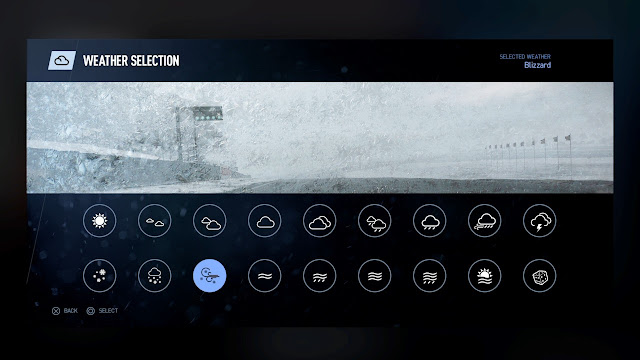 The game also features an elaborate weather system that adds a certain realism and excitement to each race. It increases the difficulty as the controllability of the car rapidly decreases the faster you go. There are even puddles forming in various dips and around bumps, causing water/mud to splash as your car drive past them.

The rumbling of the engine while traversing the tracks. The slight feeling of anxiousness as you try to peer through the haze from the car’s cockpit. All these adds up to make Project CARS 2 live up to its (CARS) name. 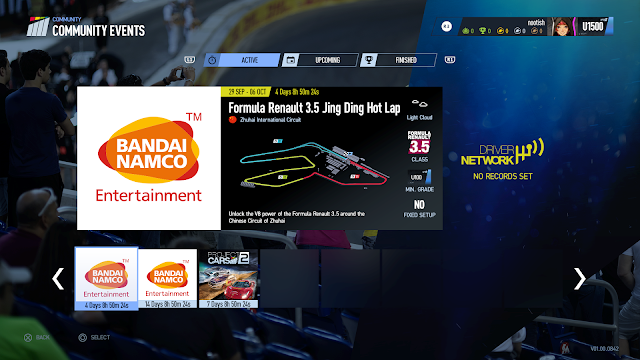 When it comes to online features, the game does provide several great ones. It supports up to 32 players in online multiplayer on the PC (16 for the consoles). There are even community events that have specific track to play on and cars to choose from, allowing players to race for the best timings like in real tournaments. 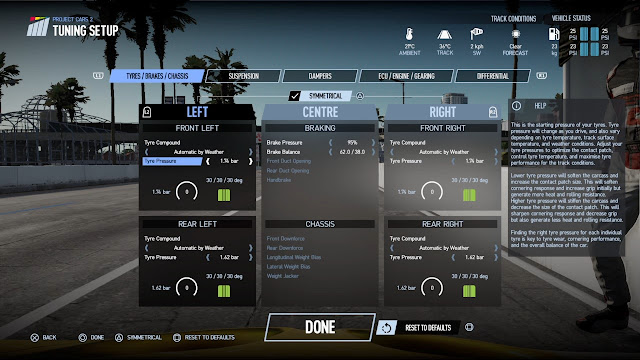 When it comes to actually driving the cars, things are not as simple as it seems. Each car have their own level of control, with the tyres, tracks and weather playing a huge role in how the cars feel. Driving also feels pretty ‘slippery’ with the cars losing control more easily than when playing other racing games – such as Dirt 4. This is to be expected as the speeds of which the vehicles travel in Project CARS 2 is pretty ludicrous. One slight nudge by other players can send you tumbling down  or sliding off the track.

The game sets the right amount of difficulty whenever you’re speeding through the tracks. You simply cannot aimlessly accelerate without knowing when to turn and how fast you should be travelling. Enabling driving lines and brake assists is definitely recommended for newcomers as they help to teach players the recommended angle and speed to have to take on narrow turns without losing control. 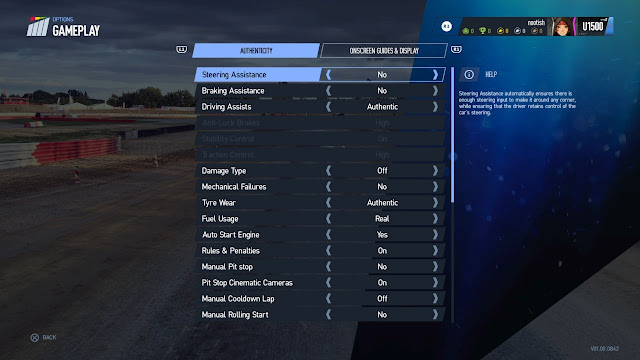 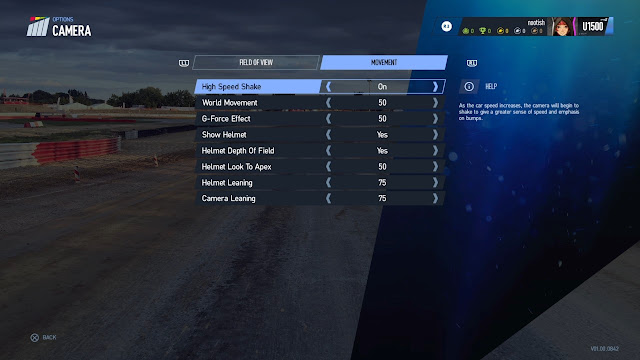 Being tested by world-class racing drivers – such as two-time Le Mans winner Tommy Milner, Audi factory driver René Rast, and more – has brought Project CARS 2 to a new level of authenticity over their previous game. It even has an entire menu for authenticity where Tyre Wear rate and fuel usage can be set. 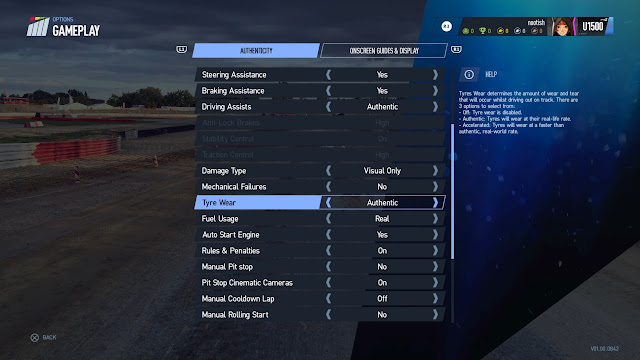 The various types of damage your car will take when driving can also be set, adding a risk factor to the driving experience. Here’s a quote on their FAQ:

Full damage, both visual, and mechanical, come with Project CARS 2. You can turn the damage off, of course, but if you don’t, you won’t be driving away unscathed from your 200mph wreck into a wall, that’s for certain. New to Project CARS 2 is how damage is repaired; whereas in Project CARS, damage was fixed almost instantly. In Project CARS 2, the amount of time it takes to repair a damaged item (suspension, brakes, aerodynamics/body work, gearbox or engine) depends on the area being repaired. Each one takes a different amount of time, but having to repair all of them will take up to 10 minutes. Some parts, such as aerodynamics/body work and brakes, take a lot less time to repair when compared to repairing the gearbox or engine… 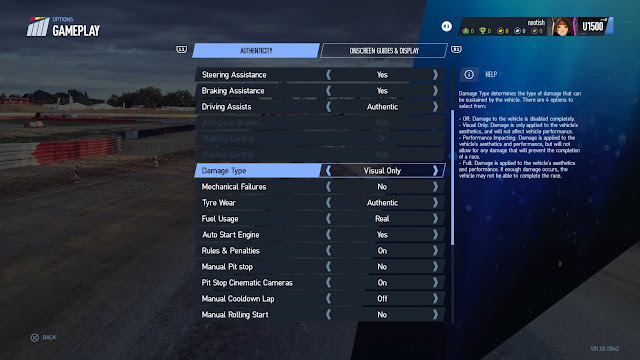 Of course, you can disable every assistance in the settings to have the authentic driving experience (when I say authentic, I mean difficult). If you have the supported hardware setup, I would highly recommend using it as it would bring the simulation to the next level. (i.e. Racing wheel, shifter and pedals while wearing a VR headset). Do take note that PSVR have yet to be supported. 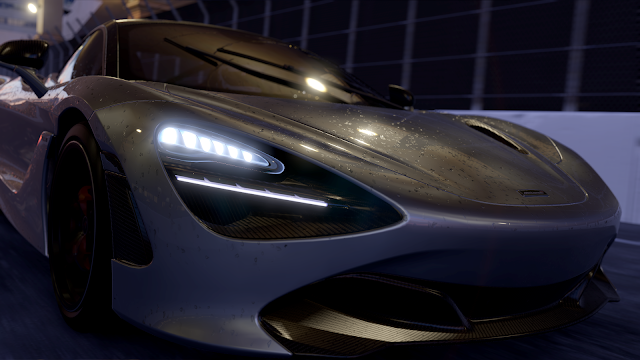 For those who are looking for a good racing sim that looks and feels great, look no further as Project CARS 2 is surely for you. Its graphical fidelity is top-notch, even when compared to various other games in the same genre.

+ Top-notch graphics (cars, weather and tracks look amazing)
+ Wide variety of cars and tracks
+ Good replayability with Community and other multiplayer events
= Authentic driving experience (great for racing enthusiasts, but casuals may not enjoy it as much)