GameStart 2017, Game Away! - The Tech Revolutionist 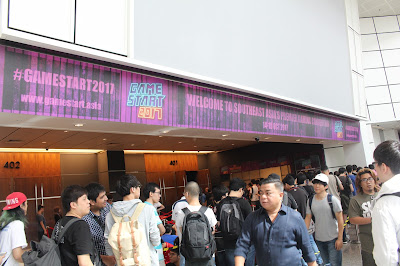 GameStart 2017 is the premier gaming event in Southeast Asia, showcasing everything gaming, from upcoming games, to regional tournaments. Inside includes a plethora of games, both old and new, to try out and play, events happening on stage, competitions to attend or see and so much more! This article will give an overview of the event, and a rundown of things to look out for should you be there for the first time on Sunday. 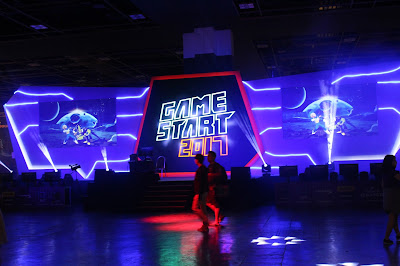 Upon entering the venue, you will be greeted with the Main Stage of the event. On Saturday, most events occurring on stage were game showcases as well as talk sessions with game directors and designers, such as YOKO TARO and Yosuke Saito, the brilliant minds who brought us Nier: Automata.
On Sunday, expect to see many tournament grand finals running on the Main Stage, with the best of the best duking it out against each other in fighting games such as Blazblue Centralfiction, Guilty Gear Xrd REV 2 and Injustice 2 in the SEA Major Grand Finals. If you are someone who would like to see competitive gaming firsthand, do give the Main Stage a look.
For cosplay lovers, there will also be a NieR Cosplay Competition and a Cosplay Runway on the Main Stage in the afternoon. For the timetable of events that will be on the Main Stage on Sunday, you can view the programme schedule online located here. 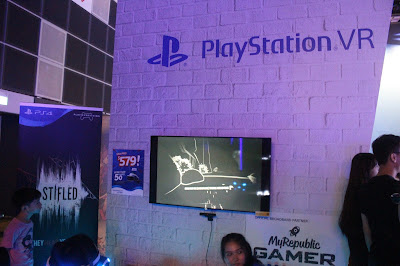 The Playstation booth at GameStart 2017 provides a more hands-on experience for their visitors, with multiple VR booths showcasing first-person shooter games and the horror game Stifled using the Playstation VR headset. There are also pods for playing Grand Turismo as well. 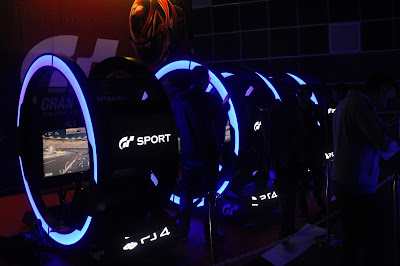 Controller-based games are also available at the booth, showcasing FIFA 18 and Dissidia Final Fantasy NT. Visitors of the booth are also able to receive exclusive Playstation Premiums upon playing their games and completing a survey form. 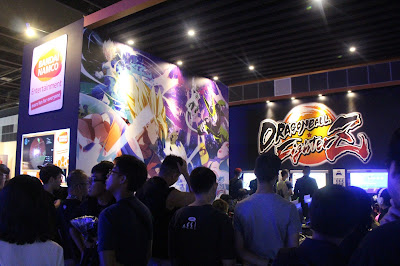 Bandai Namco’s booth showcases a huge suite of games published under its belt for gamers to try, starting at the front with Dragonball FighterZ, an exciting addition to the fighting game genre featuring characters from the classic anime series Dragonball.
At the middle section of the booth we have Code Vein, a gritty action role-playing game, Sword Art Online: Fatal Bullet, a role-playing game featuring the the world of Gun Gale Online in the anime Sword Art Online, fashioning guns and bean sabers as opposed to swords and magic, and Naruto to Boruto, Shinobi Strikers, which features a unique 4-on-4 arena style gameplay over a large landscape. 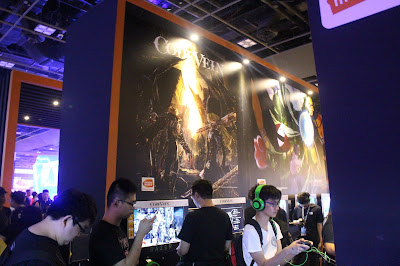 At the back of the booth, are the games Taiko no Tatsujin, Drum Session and Project Cars 2, both with their peripherals, the drum and driving kit, available. 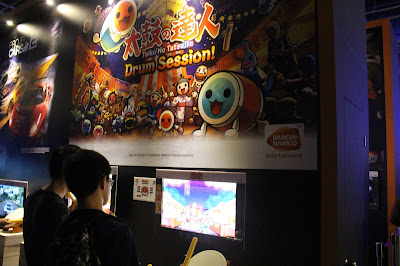 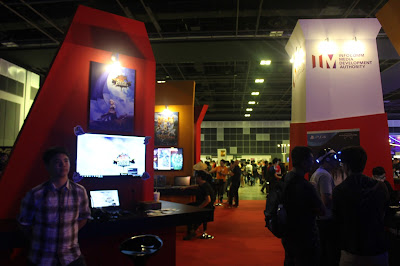 GameStart 2017 introduces a plethora of Indie Games, both already released and upcoming ones. We have the usual Masquerada: Songs and Shadows as well as the aforementioned Stifled and a few upcoming games onto the market such as Battlesky Brigade, a Clash of Clans-esque game that feature cute and fluffy bunnies sieging a grid-based floating base constructed by a group of players working together. 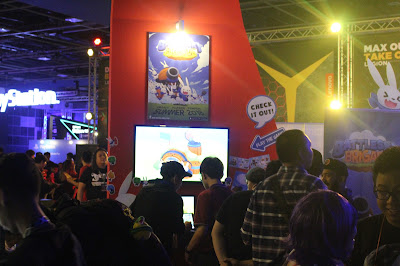 Another prominent Indie Game in the list would be Potato Pirates, a card-based board game that utilizes elements from programming to ease players into learning the logic behind coding. The game was recently funded on Kickstarter with 5,061 backers pledging a total of $258,408 to bring the game to life. 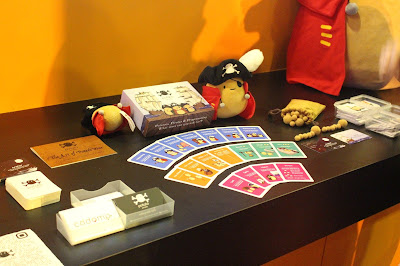 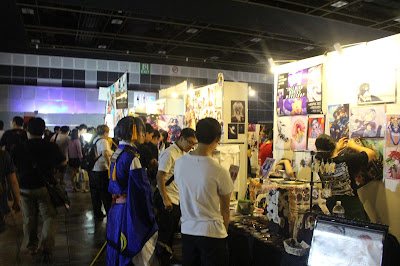 Doujin Market is a collection of stalls selling fan-made merchandise, like posters and key chains, of many different franchises, from gaming like Nier:Automata and Pokemon to anime like One Piece. Each stall has its own unique style of representing the franchise, making each stall stand out from one another. If you are looking for any merchandise for your favorite game/anime, this is the place for you. 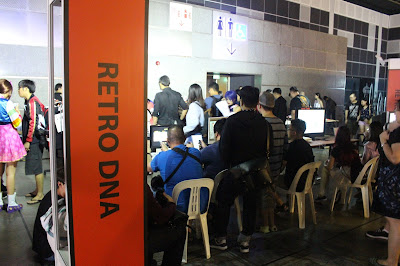 Need your fix for retro games? Well Retro DNA has that covered. Much like the previous GameStart, Retro DNA provide booths of retro game systems such as the Dreamcast system. Here you can take a load off the modern tunes and enjoy the various classics such as Bomberman and Typing of the Dead. Also, located behind the booths is a stall that sells retro game and consoles to relive the younger and simpler days of gaming back at your home. 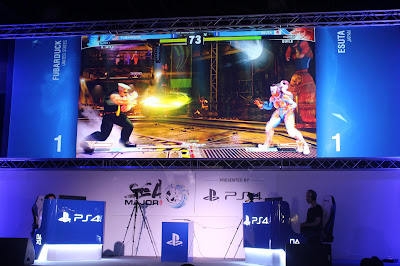 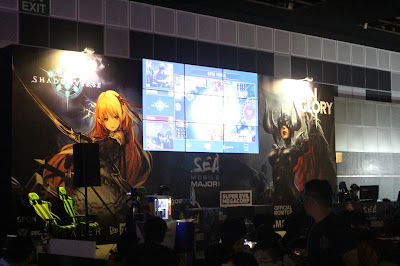 The SEA Major booth also fashions a section with consoles loaded with fighting games for gamers to mingle and play with each other. 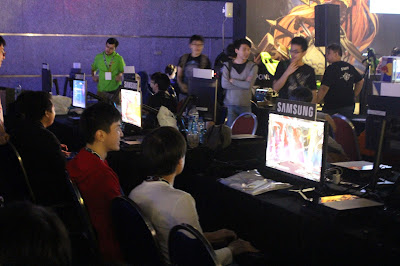 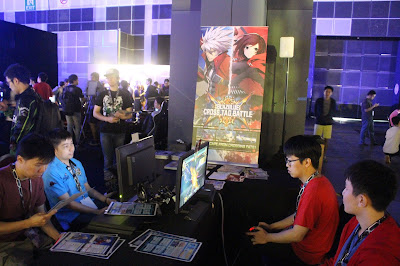 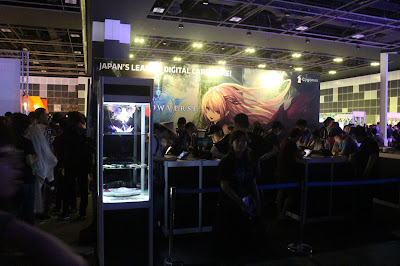 Beside the SEA Mobile Major Stage is the Shadowverse booth promoting the game itself. Visitors, seasoned or new, are able to queue up and to play a match of Shadowverse against other visitors at the venue. There are staffs available on-site to guide new players on the rules as they play. 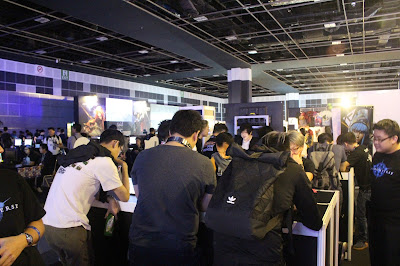 After a match is over, each player is given a booster pack containing a physical foil card representing an actual card in the game. The cards available are as follows below (from left to right): Perseus, Star Reader Stella, Prime Dragon Keeper, Venomfang Medusa, Ceres of the Night, Aether of the White Wing, Cassiopeia and Zodiac Demon, all of them from Shadowverse’s latest expansion, Starforged Legends. 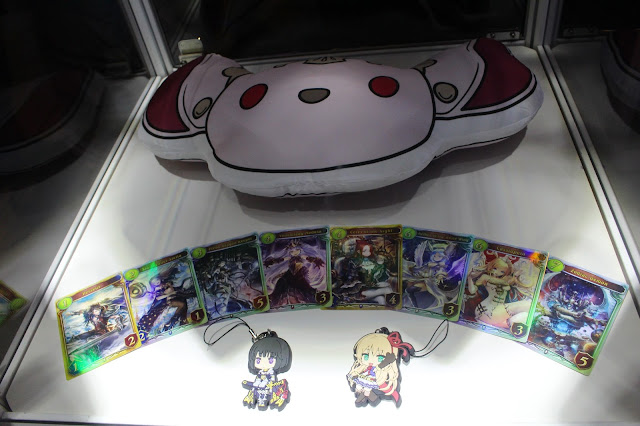 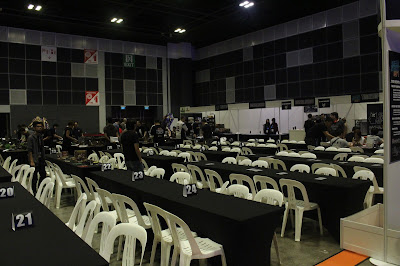 Last but not least, the GameStart TableTop section is to introduce games that are played on a physical table, such as board games and physical trading card games. 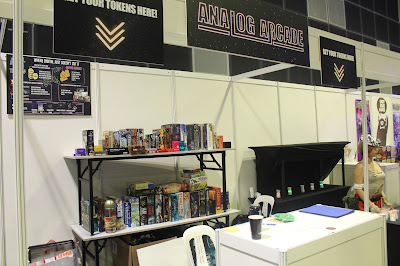 Tokens are given to visitors for them to participate in tabletop tournaments or rent board games to play as a group. Tokens can also be used to play at the Analog Arcade to win tickets, much like normal arcades, which can be exchanged for big rewards such as a Samsung Note 8 or a Secret Lab Gaming Chair. 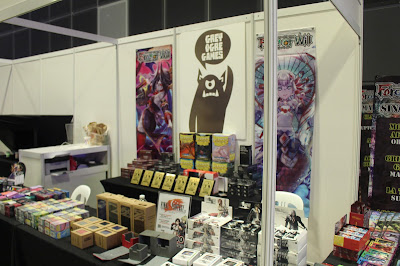 For GameStart 2017, 3 different TCG (Trading Card Games) are introduced, Magic the Gathering, Final Fantasy TCG and Force of Will. Cards and guidance are provided to visitors who are interested in the TCGs to learn more about them and try it out. Competitive and Casual tournaments are also held to win tokens. 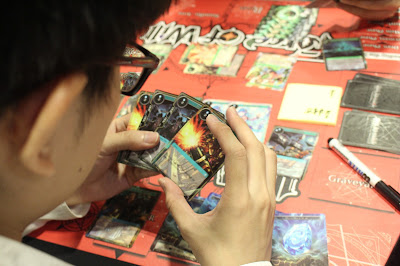 Aside from TCG, there are new board games that are not out on the market yet for players to have a try at them. Games include Potato Pirates mentioned at Indie Games, DebtZilla and Lawless Empire. Players who are new to the board games genre are recommended to play a few sessions here as most games are easy to digest and play immediately. 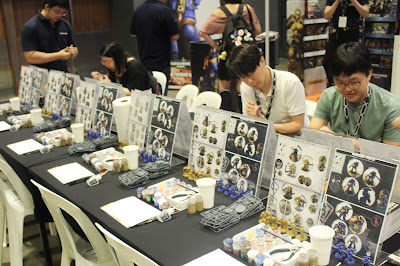 Players who have played board games before could try their hand at Dungeons & Dragons role-playing game which is also available at the venue as well or try a hand at painting tabletop miniatures, crafting vast landscapes as shown below. 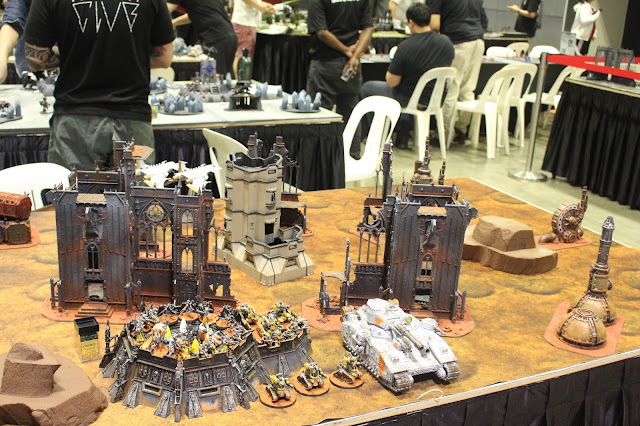 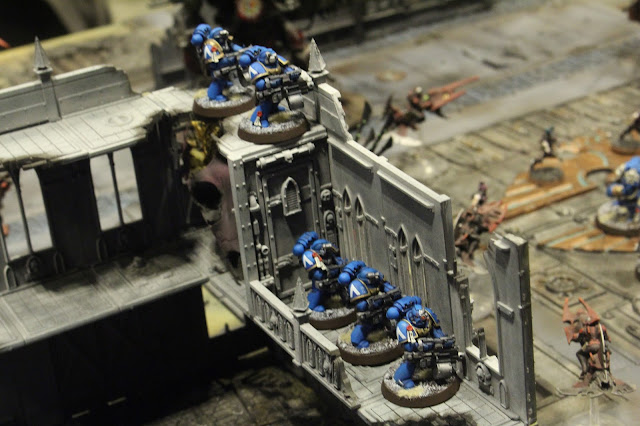 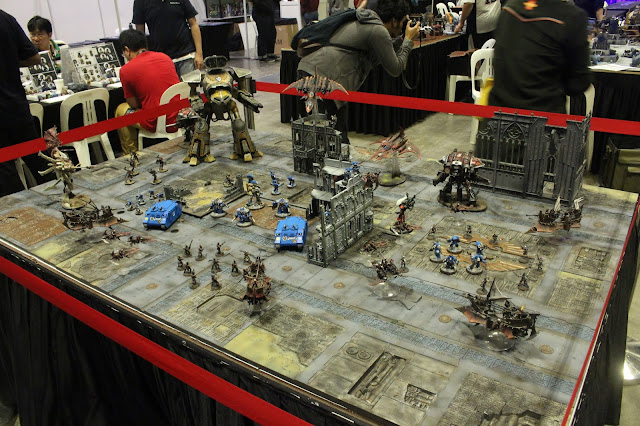 Build your gaming supremacy with the Lenovo Legion Series