Securing Our Smart Cities: Why We All Need to Be Aware of the Threats Out There
Set to redefine the way we live and work,

smart cities integrate IoT technologies such as virtualization, big
data and cloud. Smart cities reduce the strain on the local government
finances and promote sustainability through advanced, connected systems.
One such example would be
smart water systems in Singapore that utilize sensors to
continually track the pressure, flow and quality of water within the
network. This helps end-users monitor their water usage, and at the same
time aids the Public Utilities Board in predicting
and minimizing pipe bursts.
Despite its multitudinous perks, these vast technology systems raise
major security concerns as well. Trend Micro’s blogpost,
Securing Our Smart Cities: Why We All Need to Be Aware of the Threats Out There
investigates where these issues lie for smart city stakeholders. As
technology adoption and development continues to accelerate, it is
critical that we take a step back to consider
where key threats originate. Below is a quick snapshot of smart cities
found across the globe: 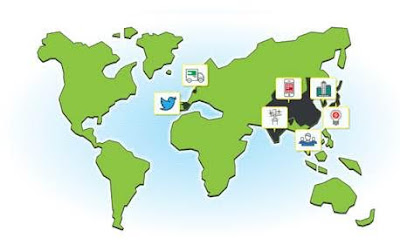 ·
Singapore:
The budding nation places great reliance on data that shares
behavioural feedback
via sensor networks situated around the state. Its brings up privacy
concerns as the community is required to hand over their personal data
that lets its officials prevent crime, determine traffic density and
more. With this in mind, are Singaporeans truly
at ease with this should hackers get access to government systems?
·
South Korea:
Songdo International Business District (IBD) is the world’s first smart
city. It was built from the ground up with the aid of smart technologies, its residents own
smart
card house keys that also serve as a means to pay for subway
transportation and parking meter fees, watch films, and more. As with
anything involving the Internet of Things (IoT), especially on this
scale, it is a matter of weighing convenience and privacy.
·
Japan: The nation has implemented home energy management (HEM) systems that optimizes the
use of in-house energy through real-time data, resulting in increased energy and grid security.
Based on a report by the EU-Japan Centre for Industrial Cooperation, data security is not assured
in such a system. So what happens when demand-response command is manipulated?
·
China: The country is well set to accomplish the goals of its

Vision 2025 plan, with its
Chengdu smart city placing the nation at the forefront of industrial automation. Urban planners in China have initiated an
Urban Data Lab to
collect government information, existing urban plans, mobile phone
metadata from carriers, and behavioral data from location-based
services, that brings up concerns
of sensitive data abuse.