OPPO Celebrates One-year with FC Barcelona with Limited Edition R9 Offering
Singapore, June 24, 2016 – Celebrating the one-year anniversary of its ongoing partnership with FC Barcelona, OPPO has announced the new R9 FC Barcelona Edition. Featuring a head-turning blue-and-red color scheme, an 18K gold-plated club insignia, an FCB-themed UI, the phone will also come with an exclusive case sporting laser-printed signatures from five top Barça players.
Singapore will receive 70 of the 10,000 limited edition sets, which will go on sale at our local shores in mid-July. 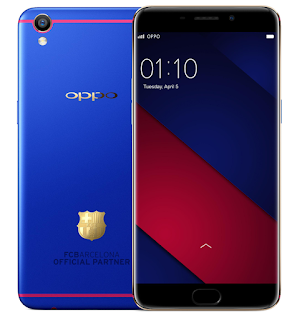 R9 FC Barcelona Edition
“The R9 is all about snappiness, style and speed, so there’s no better partner for it than the phenomenal FC Barcelona,” said Sky Li, OPPO Vice President and Managing Director of International Mobile Business. “We’re proud to bring users one of our most eye-catching devices ever, while paying tribute to the world’s greatest football club.”
Like Barça’s powerhouse athletes, the R9 FC Barcelona Edition pushes the limits at every opportunity. The 5.5-inch phone weighs in at only 145 grams, and sports bezels so thin they’ll have users reaching for their glasses.
But its prowess isn’t just screen-deep. The R9 also features 64 GB of storage, a lightning-fast fingerprint sensor, OPPO’s industry-leading low-voltage VOOC Flash Charge technology, and a superb photography experience that’s topped off by a 16-MP front camera. 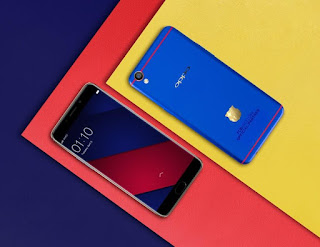 Unlike the standard version of the R9, the new FC Barcelona edition has an all-black front. On the rear, it blazes with a deep Barça blue crossed by two red stripes, as well as an 18K gold-plated FC Barcelona club seal.
The R9 FC Barcelona Edition also comes with an exclusive blue protective case, laser-printed with the signatures of Lionel Messi, Neymar, Luis Suárez, Ivan Rakitić and Andrés Iniesta. 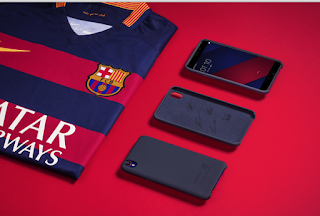 Datapipe And Microsoft Team To Drive Cloud Adoption Across Asia-Pacific