In the latest Android 4.4 Operating System announced by Google, WebView received a massive upgrade. The native webview for embed in Android applications is now driven by the Chromium engine, the same engine used on the Google Chrome Browser. Google stated that this greatly “fixes” the Android WebView API, allowing developers to use the same software stack as Chrome. 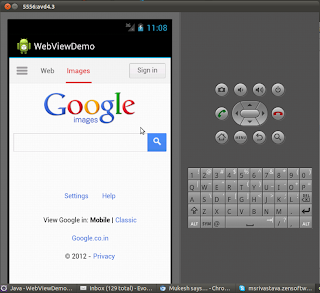 Other than new HTML5 and CSS3 support, the new WebView has also improved its performance when handling javascript codes. This is all thanks to Chromium’s Google V8 javascript engine. Applications which currently use the WebView API will see the benefits almost immediately after upgrading to Android 4.3. No other actions are needed for the upgrade from end users.

This also means that developers can now put more faith in HTML5 development on Android and create more applications like games, social, news, and advertisement for the platform.

Additionally, developers can also have a more advanced Chrome DevTools tool for debugging and testing.

“Android 4.4 (KitKat) includes a new WebView component based on the Chromium open source project. The new WebView includes an updated version of the V8 JavaScript engine and support for modern web standards that were missing in the old WebView. It also shares the same rendering engine as Chrome for Android, so rendering should be much more consistent between the WebView and Chrome.
If you’re a web developer looking to start developing a WebView-based Android application, see Getting Started: WebView-based Applications for Web Developers.”
https://developers.google.com/chrome/mobile/docs/webview/overview