After releasing the flagship OCZ Vector SSD earlier this year, OCZ has met with strong competitions from other brands, challenging their product in terms of performance and price. Nonetheless, OCZ Vector remains strong as one of the best enthusiast class SSD in the market and the choice of many. In order to expand their product line to meet a wider audience, they just recently released the new OCZ Vertex 450 to update the 1.5 years old OCZ Vertex 4 series. OCZ Vertex series remains to be the top-mid tier SSD for the market, targeting those who wants a SSD which does not compromise performance at its price tag. 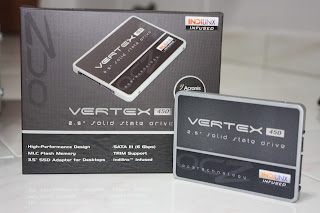 The Vertex 450 is totally different in terms of hardware components used as compared to the Vertex 4. OCZ has adopted a 20nm NAND flash with the latest Indilinx Barefoot 3 controller for the Vertex 450, changing from a previous 25nm NAND manufacturing process and an outdated Indilinx Everest 2 controller. This means that customers can expect performance increase in the Vertex 450 with the new technology installed that tackles problems faced in previous generation hardware. 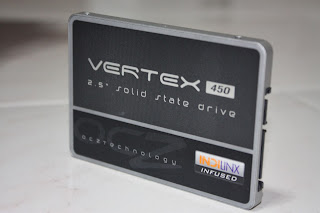 We’ve got our hands on the 256GB version of the OCZ Vertex 450 SSD. We’ve also got a Samsung 840 Evo 256GB SSD to compare between these 2 SSDs and the technology from both companies. 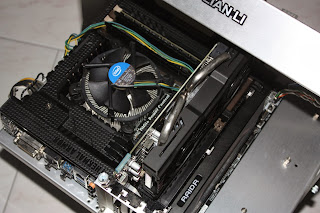 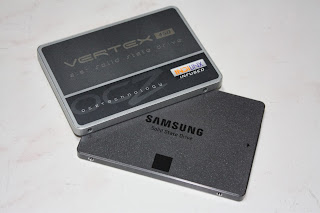 ATTO Disk benchmarks probably is one of the best benchmarks which tells us the performance of an SSD at different kinds of scenarios with different kinds of files. At a closer look at the benchmark numbers, we realised that both drives scored similarly. The Vertex 450 was held back by its technology at small sized transfers from 0.5k to 2k, but it shines from 4k file size onwards. Since OS uses a minimum 4k size for each data block, those bad results should be negligible, but OCZ probably want to work on those numbers as well as it didn’t look good when compared with competing products. OCZ Vertex 450 shines in transferring data blocks of 4k onwards to 32k as write speeds were higher than those of the Samsung 840 Evo. We also saw that the drive reached its maximum potential with data blocks of 512k and above, saturating at 514984 write and 549072 read.

Comparing both drives in CystalDiskMark benchmark, there were areas where both drives did well. OCZ Vertex 450 was exceptional in write speeds espciaally when dealing with those of smaller data blocks. Poor write speeds for small data blocks is a widespread previously a problem for most SSDs in the market, and I’m glad that OCZ has put the right efforts in making the numbers at this area decent for overall computing performance improvements. 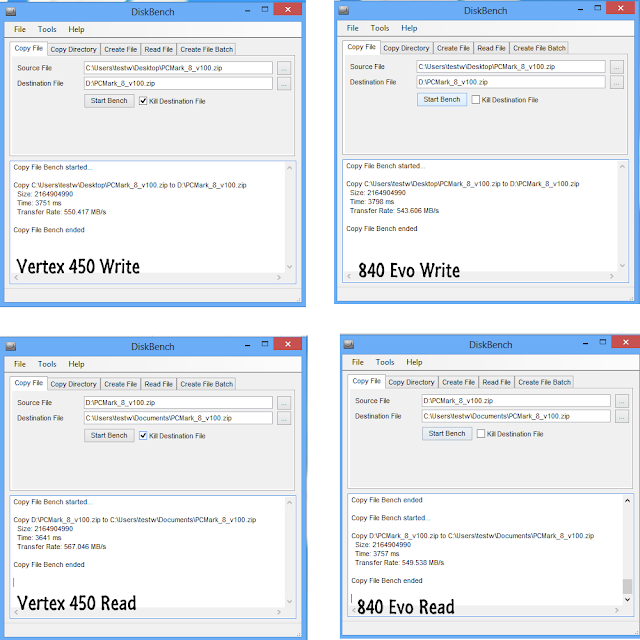 DiskBench showed how the SSDs performed in a real world file transfer scenario. We wrote and read a the PC Mark 8 installation files to and fro both SSDs. As we are using a ASUS RAIDR PCI-E based SSD, were weren’t afraid that the OS drive will bottleneck the speeds. Apparently, OCZ Vertex 450 performed marginally better in terms of file transfers, and we were seeing transfer rates of 550MB/s write and 567MB/s read on it.

However, in the PCMark 8 Disk benchmark which puts the SSD to various rigorous test cases, it was shown that the Vertex 450 was just s little slower than the 840 Evo.

For those looking for an upgrade from a conventional hard drive to a SSD, the OCZ Vertex 450 could be one of the choices that you can consider. It reaches the performance level of most high end SSDs in the market and has the ability to boost your computing experience tenfold with quick access times, write and read speeds. OCZ has done well tackling at the different areas of performance where it mattered the most. That is why we’ve seen spectacular write performance with small data blocks. In terms of numbers shown in benchmarks, 840 Evo could have been higher than the Vertex 450, but Vertex 450 has got its very own strong points and advantages too. That is why, as a average user, it would probably be wise to look into other aspects of the purchase like availability in your market, as well as the support comes along with the drive.
All 128GB, 256GB and 512GB versions of Vertex 450 are already available for purchase in Singapore. They can be found in major PC DIY components shops found in Sim Lim Square and Funan Digitalife Mall. They are officially distributed by local distributor “Ban Leong”, so to make sure that you have local support, look out for the official “Ban Leong” stickers found on the package when you purchase your new SSD. These SSD have a warranty period of 3 years, and the 256GB version which we reviewed today retails at 365SGD.