Will Samsung Galaxy Tab 3 come with an Intel CPU? - The Tech Revolutionist

Will Samsung Galaxy Tab 3 come with an Intel CPU?

Home » Will Samsung Galaxy Tab 3 come with an Intel CPU?

According to foreign media reports, it is rumoured that Samsung will be using a version of an Intel processor in their next generation high-end Android tablet. This could be a great news for Intel as they are looking a strong foothold in the mobile market. This partnership could be a major victory for Intel if the product sells well. 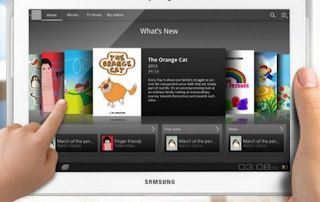 According to sources, Intel will be holding a launch event on 20th June in London to showcase the latest ATIV tablet which is powered by the latest Intel processor. However, the same source did not reveal whether Samsung will showcase the rumoured Galaxy Tab 3 Android Tablet device.

Samsung decided to configure Intel processors into Android devices to further increase the company’s market share in mobile devices. Currently, we are still unsure of the specifications of Galaxy Tab 3.