According to foreign media reports, Motorola Mobility CEO Dennis Woodside confirmed that the company is currently developing the new named Moto X flagship Android smartphone, said at D: All Things Digital conference. The Moto X will be configured with an OLED display and will be manufactured within the United States.

Woodside said that Moto X is equipped with a variety of sensors that can interact with users in new ways. These include knowing when users want to take pictures, informing users when their car speed exceeds 60mph and even a possible application that prevents users from sending and receiving text messages while driving. 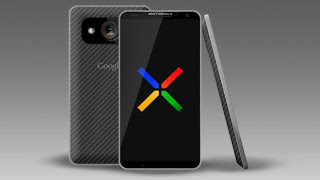 The production plant for the Moto X is currently a plant that manufactures Nokia smartphones. Woodside claims that Moto X will be one of the first smartphones to be domestically manufactured within United States and the company is proud of it. Moto X components are also sourced locally. He also said that the Moto X will be competing in the high end segment together with Apple’s iPhone and Samsung’s Galaxy devices.

There aren’t a lot of information and details on the Moto X smartphone. Woodside stated that durability, ruggedness and battery life is Google CEO Larry Page’s most valued aspect of a smartphone. Motorola Mobility has been working in cooperation with a large number of mobile operators and they are getting largely positive response from them. Motorola Mobility will be released in October alongside with several other products.

Woodside said in an interview that his pocket has an Moto X, but did not show off the device. He also reaffirmed that Google Android and Motorola Mobility are good partners and that their business are mutually independent.