Kakao Talk coming to PC next month
According to foreign reports, South Korean mobile telecommunications service provider Kakao announced that they will launch a free chat Kakao Talk application for PC in June this year. This announcement was made today.

“We are now in the process of getting user feedback from beta testers for the new PC Kakao Talk application so that we can make some final adjustments and modifications.”, said one of Kakao’s executive. “We will expect the first official version of Kakao Talk for PC to be released in June this year.” 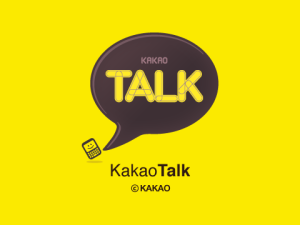 Earlier this March, Kakao Talk for PC was launched in a beta version. In this version, users must register each account with their current mobile accounts so that mobile Kakao Talk notifications will also be available on the PC. Additionally, both mobile and PC versions will have similar user interfaces for easy adoption. These includes friends lists, chat rooms and the notification bar.

This move by Kakao seems to be a strategic for the company, opening the messaging platform to a wider market. In May, Israeli based Viber application will also launch a version for Windows and Mac OS . Japan’s Line also has an existing PC version.

It is said that currently, Kakao Talk has got more than 90 million users worldwide, Line has over 150million users and WeChat above 300 million users. Asian instant social messaging industry has possibly reached a saturation point and is becoming a mature market. It is expected that at this point, the only way to expand is to move into the PC market.

HTC One to come in Red and Blue