According to the latest leaked screenshot of Windows 8.1, it seems that Microsoft is indeed going to restore their Windows Start button for Windows 8.1, codenamed Windows Blue. 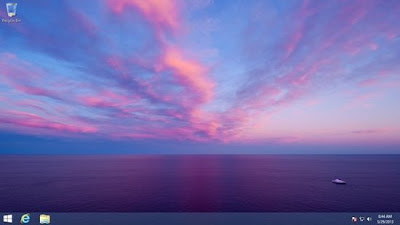 Microsoft plans to showcase a preview version a refreshed Windows 8 which will be held in late June. This Build Conference 2013, a special preview version of the new Operating System will be made available to all attendees. Of course, we will be expecting leaked versions by then.

Microsoft Windows 8 is designed for touch-screen computers and tablet devices. In order to meet the tile menu design flow, the first edition of Windows 8 had the traditional start button removed.

The new tile design application launcher for Windows 8 is so new that users are unsure of how to use it and Microsoft has received many negative feedbacks for their new User Interface. Rumours that Microsoft will restore the Start button in Windows 8.1 has been around ever since the launch of Windows 8. There have even been workarounds for Windows 8 to get the start button back. However, even though the start button is indeed coming back, it will not show the classic start menu programs, but will show a list of all installed applications.

From the leaked screenshot, the new Start button will be using the new Windows logo.

Evernote Business Launches in more countries across the Asia Pacific, with Sales and Customer Support Services.