On every new year’s day, Apple’s iOS will be susceptible to bugs. Last year, the alarm on the iOS devices failed to work, causing much distress in users. This year, the iOS showed another sign of bug. This time, iOS’s “Do Not Disturb” mode failed to deactivate automatically on the first day of the year. 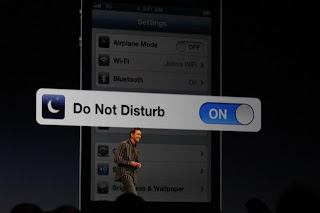 iOS 6’s built in “Do Not Disturb” feature has met with some problems on some of their devices. The devices were unable to come out of “Do Not Disturb” mode automatically after the predefined time by the user, thus denying users of their various notifications like SMS,emails and calls.

To fix the issue, simply manually disable “Do Not Disturb” feature under settings and everything will be back to normal again. However, for people unknowing of the bug, they could still be in “Do Not Disturb” mode and wondering why no one has been contacting them.

If you realised that your iOS device has been very quiet lately, you can probably take a look at the settings of your phone and see if you’re affected by the bug too.

Apple will not release a "Do Not Disturb" bug fix because...