Singapore, 22nd July 2022 — Republic of Gamers (ROG) today announced the brand new ROG Flow X16 gaming laptop. This 16-inch thin and light laptop is powered by an AMD Ryzen 9 6900HS processor and an up to NVIDIA® GeForce RTX™ 3060 Laptop GPU, with support for the XG Mobile family of external GPUs, all while weighing just 2.1 kg and packed into a 15-inch chassis. The Flow X16 also features the flagship Nebula HDR Display, a dazzling QHD / 165 Hz Mini LED panel with 1100 nits of peak brightness, 512 local dimming zones, and 100% DCI-P3 coverage. These premium parts are complemented by the all-new cooling system with Frost Force Technology and a Pulsar Heatsink, featuring three fans and a high density heatsink to keep performance high and temperatures low. 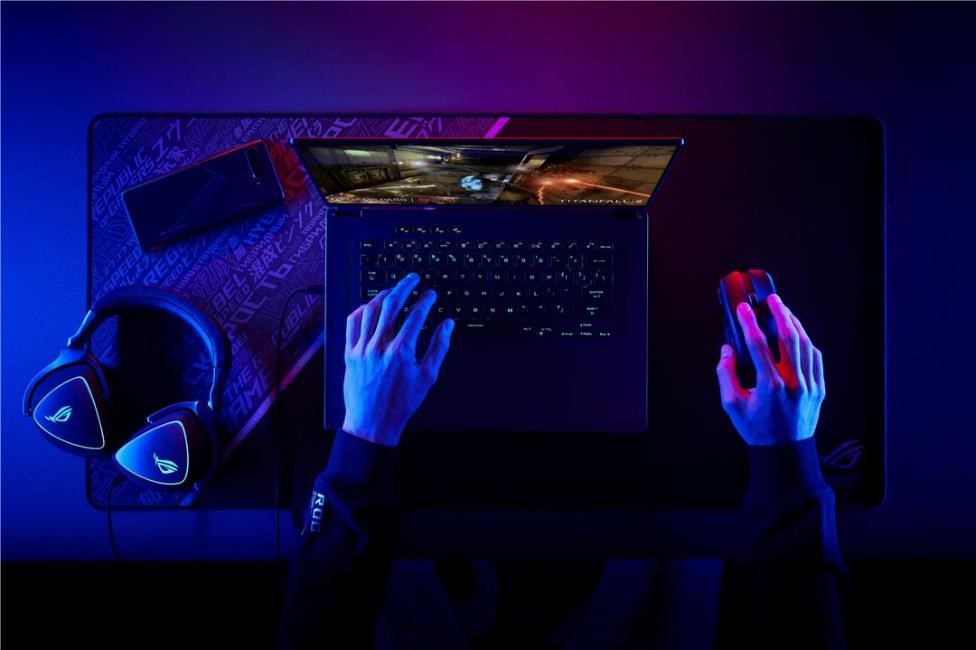 The ROG Flow X16 is the third addition to the ROG Flow family, and the most powerful yet. Featuring an AMD Ryzen™ 9 6900HS processor and an up to NVIDIA® GeForce RTX™ 3060 Laptop GPU with a MUX Switch, the Flow X16 can render frames in a game much faster than its 19.4 mm thick chassis would imply. With the RTX™ 3060 operating at a maximum TGP of 125 watts with Dynamic Boost, the Flow X16 redefines what ultraportable gaming and content creation look like.

ROG has not sacrificed usability and upgradeability for this thin and light form factor. Both the blazing-fast DDR5 4800 MHz memory and PCIe® 4.0 SSD are accessible and upgradeable. The ROG Flow X16 supports up to 64 GB of RAM, and both SO-DIMMs are easily accessible for future upgrades. Featuring 1 TB of SSD storage, the ROG Flow X16 also has a second open M.2 slot, making it painless to drop in more storage for a scratch disk or larger game library. 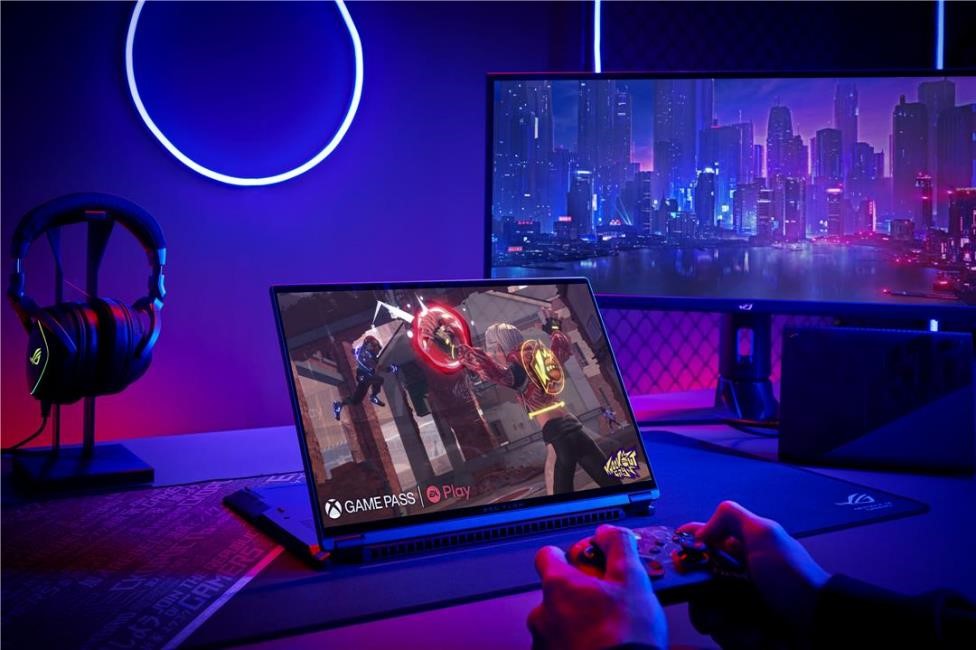 As a member of the Flow family, portability and versatility were instrumental in the design of the Flow X16. Featuring a full 360° hinge, gamers can transform their machine from a traditional clamshell laptop to utilize tent mode, maximizing airflow when using an external keyboard or gamepad. Alternatively, they can flip the display back into full tablet mode to utilize touch functionality. No matter where, how, or what they play, the Flow X16 can transform itself to match their needs.

The new ROG Nebula display certification requires 100% coverage of the DCI-P3 color space, at least 500 nits of peak brightness, and a response time of 3 milliseconds or less. The Nebula HDR Display on the Flow X16 meets all of those requirements, while pushing the boundary of stunning HDR performance.

Whether gamers choose to utilize this incredible HDR panel for gameplay or consume their favorite content comfortably in tablet mode, this machine is the ultimate choice for anyone’s on-the-go HDR needs.

Packing all of the  ROG Flow X16’s gaming and multitasking power in a chassis less than 20 mm thick was no easy feat. The Flow X16 features Thermal Grizzly liquid metal on the CPU and brand-new Frost Force Technology, which features two fans that direct airflow through precisely calculated cutouts and towards crucial internal components. A third auxiliary fan also assists with moving heat from the GPU directly to the new Pulsar Heatsink that covers the entire rear of the machine. Designed with ultra-dense fins just 0.1 mm thick, the Flow X16 sports a total of 110,902 mm² of heatsink surface area.

The addition of an auxiliary third fan keeps GPU temperatures 7°C cooler than traditional solutions, which allows the ROG Flow X16 to maintain high framerates during sustained gaming sessions in any of its four modes. For gamers needing the ultimate in portability without sacrificing power, the ROG Flow X16 has arrived.

The ROG Flow X16 (GV601) will be retailing from $3,998 starting today.  and will be available at the ROG Experience Store Bugis, ASUS Online Store, and all authorised retailers.