With the introduction of the new Intel Core i9-12900K processor that is developed and designed with 16 cores (8 x P-cores and 8 x E-cores) at a 10nm process technology, PC enthusiasts are struggling to find the right CPU cooler to properly tame the beast. The Intel Core i9-12900K runs notoriously hot as it consumes a ton of power. Intel has even stated that the Core i9 12900K can run up to 241W based on its Maximum Turbo Power specifications.

Unfortunately, most CPU coolers in the market have yet to introduce new brackets to support the new LGA1700 mounting on the new Intel 600 series chipset motherboard. Most enthusiasts still have to rely on unorthodox methods to mount their CPU coolers.

Thankfully, ASUS has led the pack and is one of the few CPU Cooler providers to produce the bracket for the LGA1700 mounting. In this review, we are going to take a look at the various features of the ROG STRIX LC II 360 Liquid CPU Cooler with LGA1700 bracket to better understand if this CPU is capable of keeping the new Core i9-12900K in check. 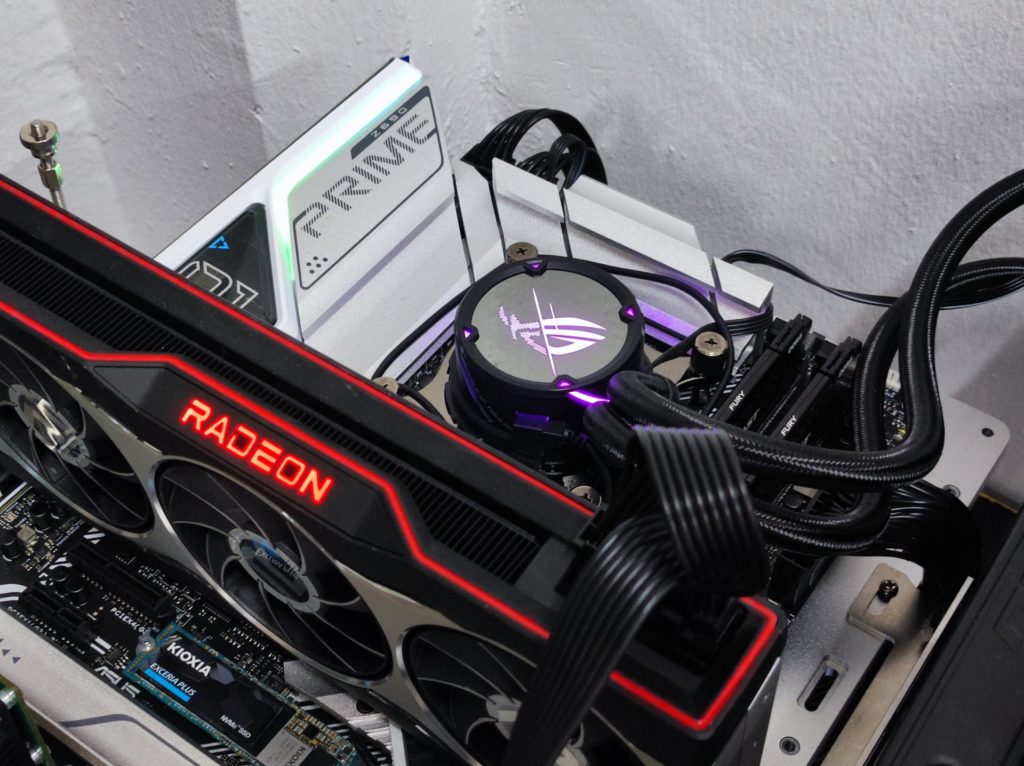 There are only two things that we look at when selecting a new AIO Liquid CPU Cooler – (1) Design and (2) Performance. Our first impression of the ROG STRIX LC II 360 Liquid CPU Cooler is that it looks quite conventional. The main difference comes in at the CPU block, which is uniquely designed with a ROG logo on a reflective finish. The ROG logo can also customized with the AURA Sync software to suit your preference of style of RGB lighting and colours. 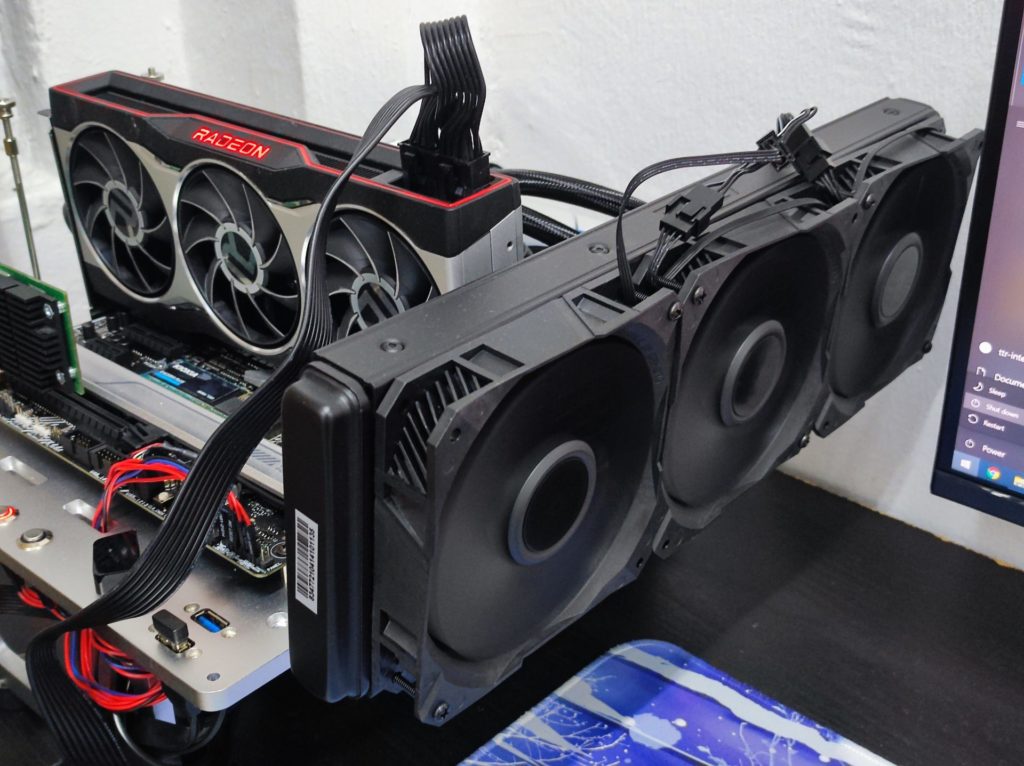 The fans on the ROG STRIX LC II 360 Liquid CPU Cooler aren’t lit with any RGB lighting, but there is also another SKU that comes with ARGB fans as well.

To set your preference of RGB colours on the ROG logo, you can simply download the Armoury Crate software which comes with the AURA Sync features. You can also synchronize your RGB lightings on the ROG STRIX LC II 360 to other AURA Sync compatible peripherals as well. 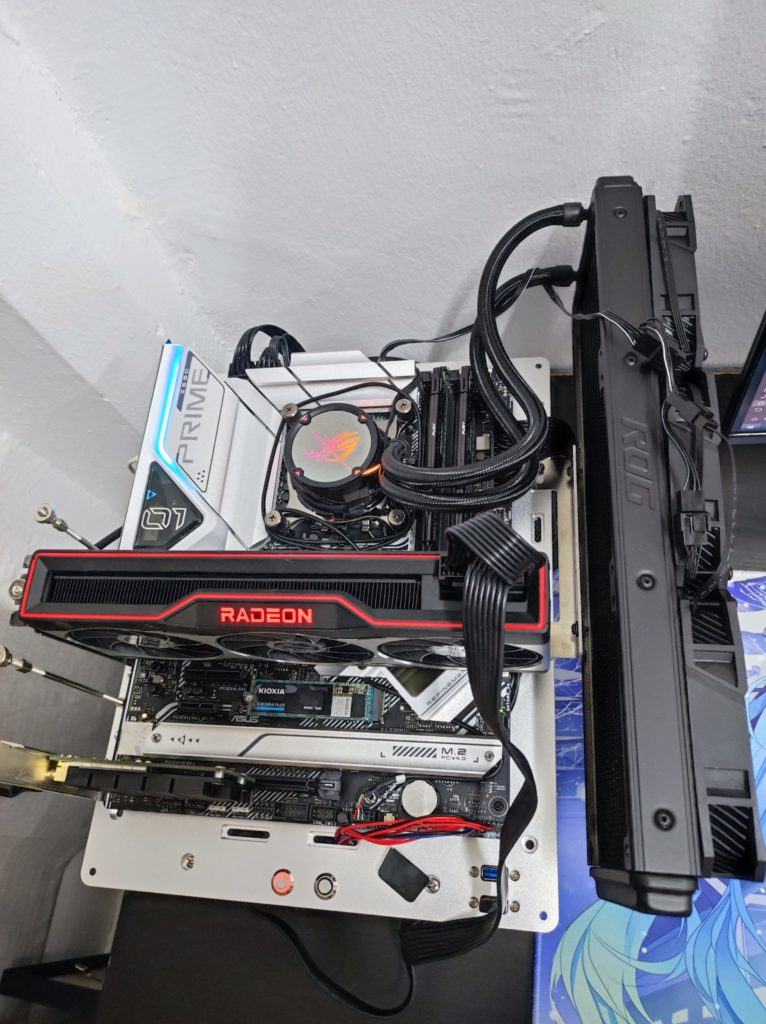 The tests were done by running the Intel Burn Test, and then clocking the steady state temperatures via HwInfo. 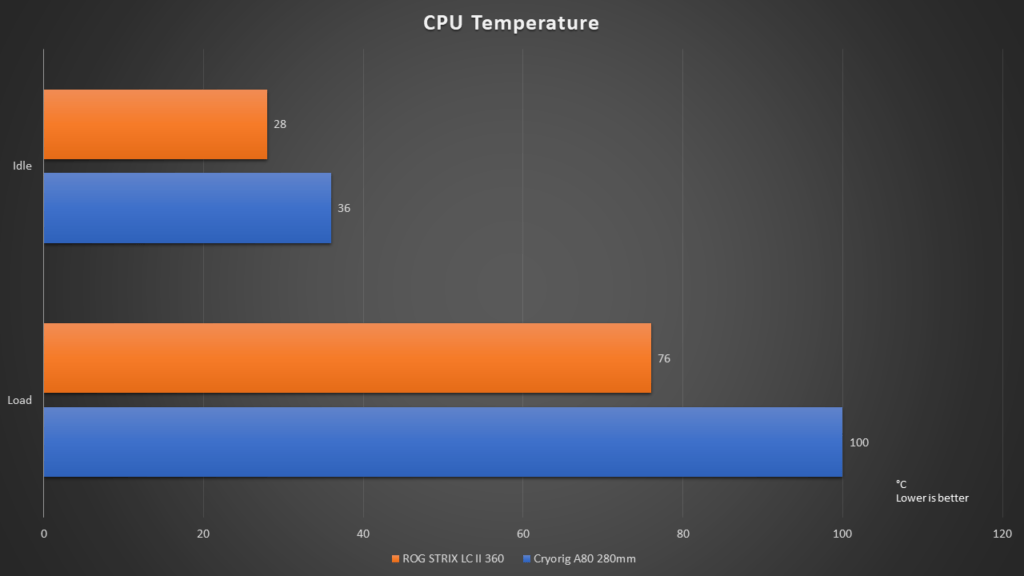 The results tell us a lot. The ROG STRIX LC II 360 was performing significantly better than the A80. It cooled the Intel Core i9-12900K very well, and even when placed in a stress test situation, it still managed to keep the CPU temperature to be 76 degree Celsius. This gives even more headroom overclocking on the Core i9-12900K. 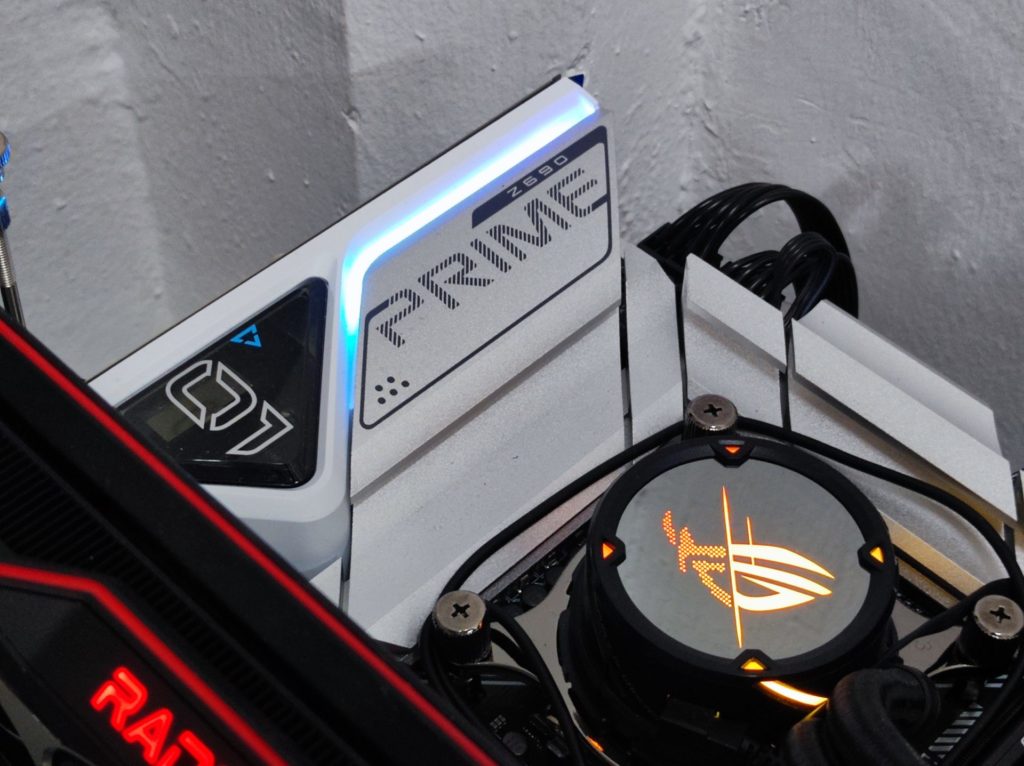 A decent CPU Cooler is required to ensure that the Intel Core i9-12900K runs reliably. The ROG STRIX LC II 360 does its job, and was able to properly keep the tabs on the power hungry flagship processor from Intel. Combining both performance an interesting design, the ROG STRIX LC II 360 should meet the mark for your next CPU cooler.

All You Need to Know About the New NVIDIA DLDSR Technology