Sudio is a Swedish brand that is known for producing premium, yet affordable bluetooth wireless earphones. Building on the success of their previous products, the brand just released the Sudio Fem – a set of Wireless Earphones that promises optimal usability and an immersive sound experience.

We’ve previously tested the Sudio Tolv, which is very similar to the new Sudio Fem. While we were not particularly satisfied with the audio quality of the Sudio Tolv, we do expect that Sudio has done their homework based on the feedback on the Tolv and improved on the Fem. We’ve got our expectations high on the Sudio Fem as well, as it retails at SGD219.00, SGD70 more than the Sudio Tolv at SGD149.00. 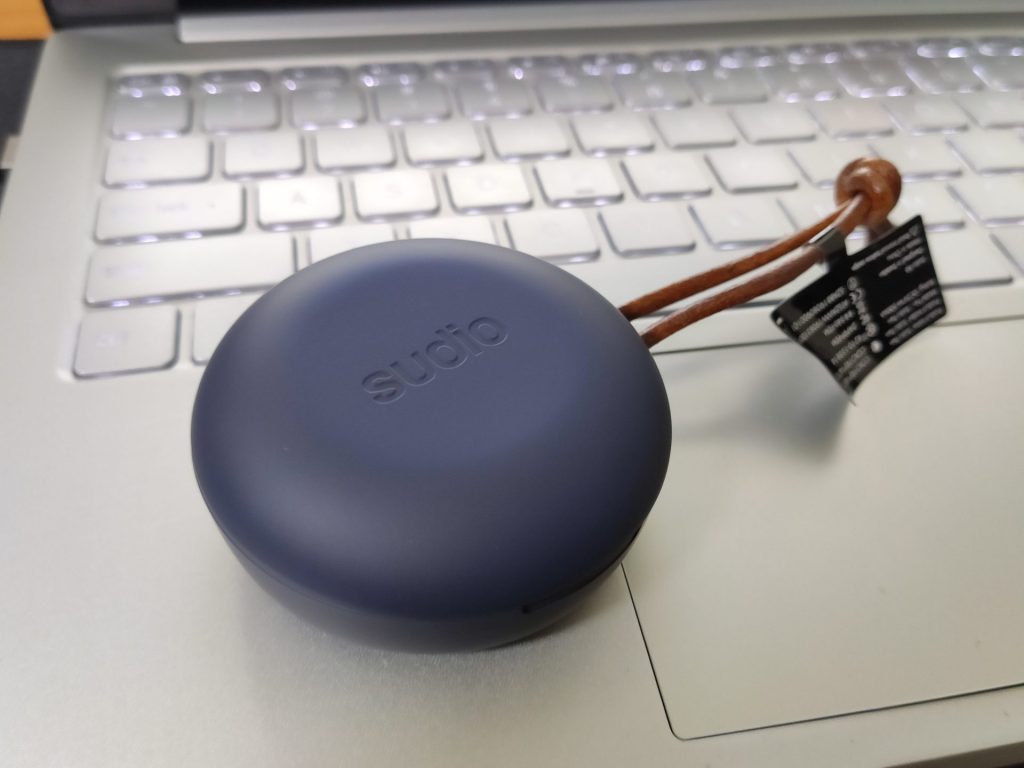 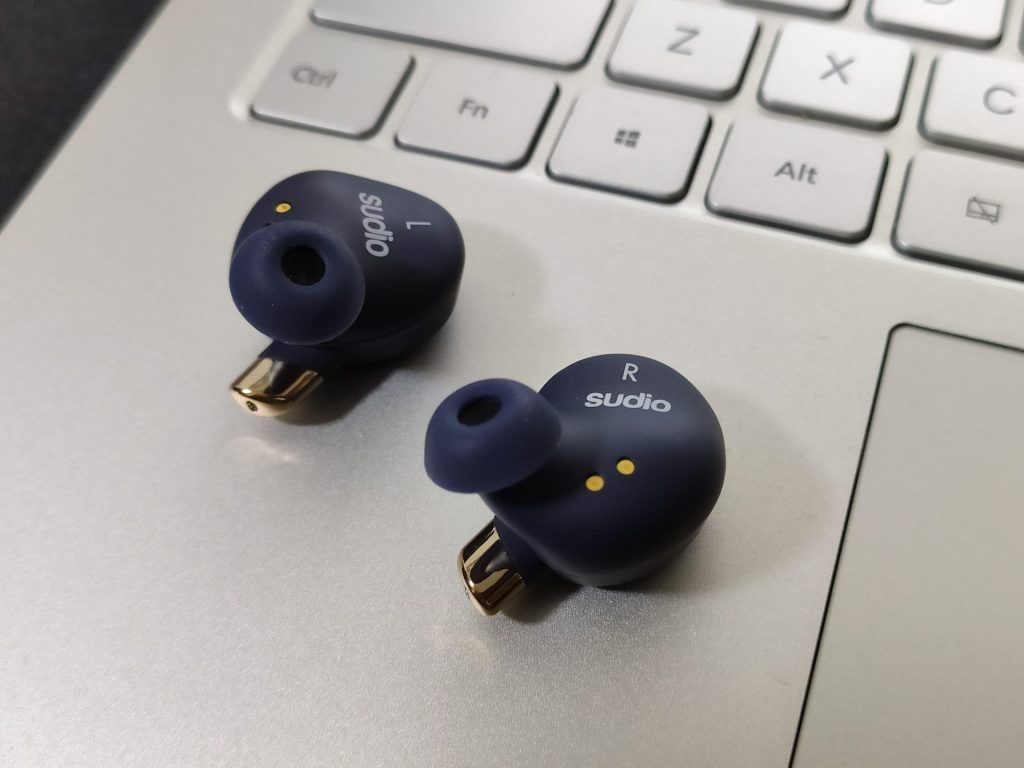 The Sudio Fem has an improved design over its predecessors, the Tolv and Nivå. To enhance the microphone’s capabilities on the product, Sudio included a four-microphone system on the Sudio Fem. This microphone allows for an improved pick up of voice for both calls and smartphone assistance commands. The protruded microphone design also adds a certain degree of class to the earbuds with a combination of matte and reflective surfaces.

Not to exaggerate, but the Sudio Fem is one of the most fitting and comfortable earphones to wear. The earbuds are shaped in a way which can extend nicely into the ear canal, channeling sounds directly to the inner ear sections. Such a design also provides the earphones with its passive noise cancelling capabilities. Understanding that ear canals come in different sizes, Sudio has also included various earbud in different sizes for the best fit to your ears. 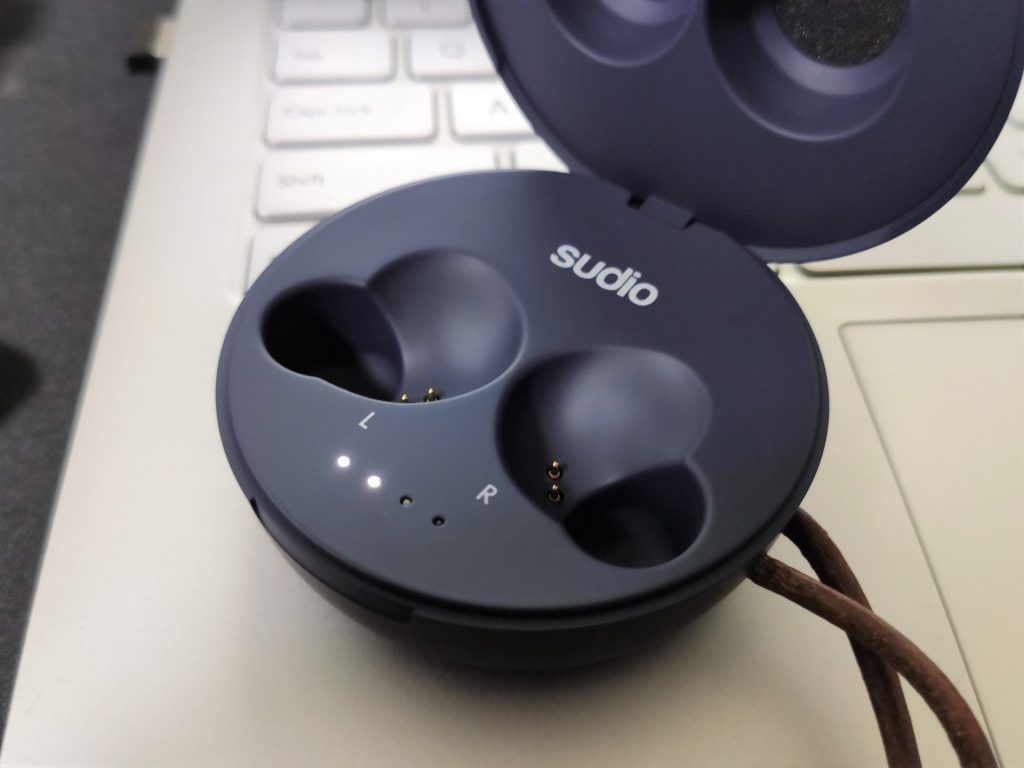 Sudio has made additional effort to make sure that the Sudio Fem can adapt to different situations. They have designed the earphones to work in both single earbud mode, or dual earbud mode effectively. This means that even if you place either side of the earbud back to the charging case, the other side will still continue playing. The earbud(s) can also automatically pair with the smartphone when taken out from the case. This seamless pairing experience sets the product apart from competition, which requires additional button presses or complex mobile app manipulation to achieve. 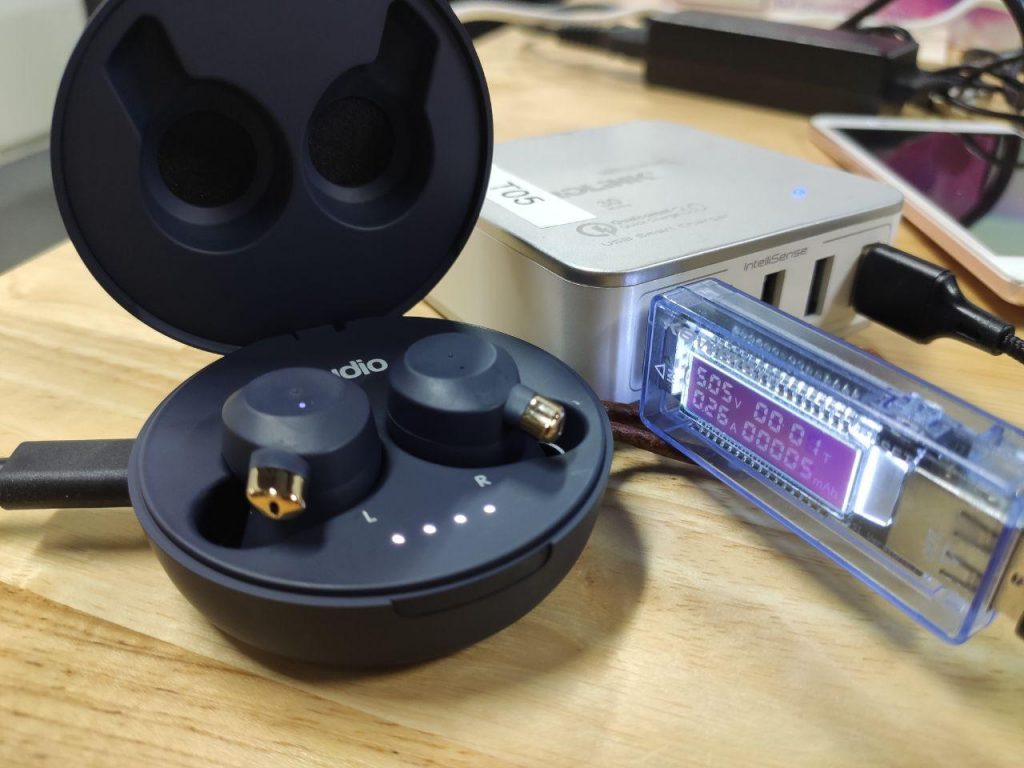 The official Sudio Fem product page states that the product supports “Quick charging with USB-C” without much explanation of what Quick charging actually means. We’ve put it to the test. Based on our USB power usage testing equipment, we saw that it charges at 0.26A from a Qualcomm Quick Charge 3.0 at 5V (Standard USB charges at 5V2A or 1A). We don’t see how this is considered fast charging. Even though the Sudio Fem is charged via an USB Type-C interface, this doesn’t mean that it will magically charge faster. It is incorrect to say that the Sudio Fem supports quick charging. 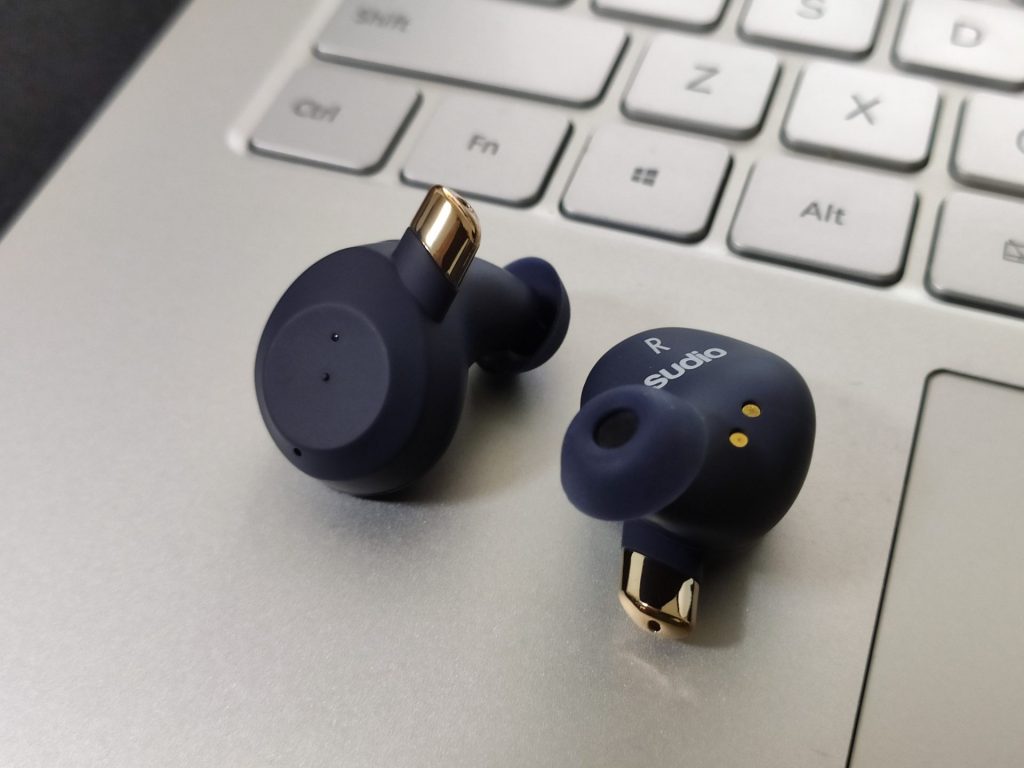 Even though we can appreciate that the Sudio Fem supports playback and call answering controls directly on the earbuds, the inclusion of such features has been rendered useless and impractical due to poor user experience design. This is a common problem that also plagues the brand’s previous generation of products.

The problem with the touch controls is the lack of user feedback. As one of the most important rule with human computer interaction design, the provision of feedback can give confidence to the user. With the use of touch controls, rather than actual physical buttons that comes with a “click”, I am genuinely confused if my touch actions was actually registered by the earbuds. Sometimes, tapping twice on the earbuds led to me Playing/Pausing instead. If I touch the earphones to too long, it annoyingly brings up Google Assistant. Most users could have already given up by now, preferring to retrieve their smartphone from their pocket/bag and control the playback from their phone.

Another oddity that comes with the Sudio Fem is that the earphone’s and the smartphone’s volume controls are not synchronized. This means that your smartphone’s volume of the bluetooth device can be at the maximum, but the sounds on the bluetooth earphones can still be very low. Then, you will have to keeps your fingers crossed and tap on the right earbud three times for multiple successions in order to raise the earphone’s volume. The non-responsive touch controls and lack of feedback could have already killed your patience before you increased the volume of the earphones.

Poor design, poor user experience. Not something I would expect from a wireless earphone in this price range.

The Sudio Fem supports both SBC and AAC bluetooth streaming audio codecs. With such a specification, we can understand that the Sudio Fem is not designed for audiophiles who are more particular with audio quality. The lack of high bit rate codec support such as aptX/aptX HD or LDAC also means that we can’t enjoy high resolution audio on the Sudio Fem.

However, since the Sudio Fem is made for mainstream users who usually store their audio files in lossy MP3 formats and won’t be too sensitive to audio quality, SBC and AAC should be good enough.

For our listening tests, we prepared our Sony NW-A55 Digital Music player and connected to the Sudio Fem via bluetooth. Our audio files are all lossless and encoded in the FLAC format. However, bluetooth audio streaming is done over SBC. 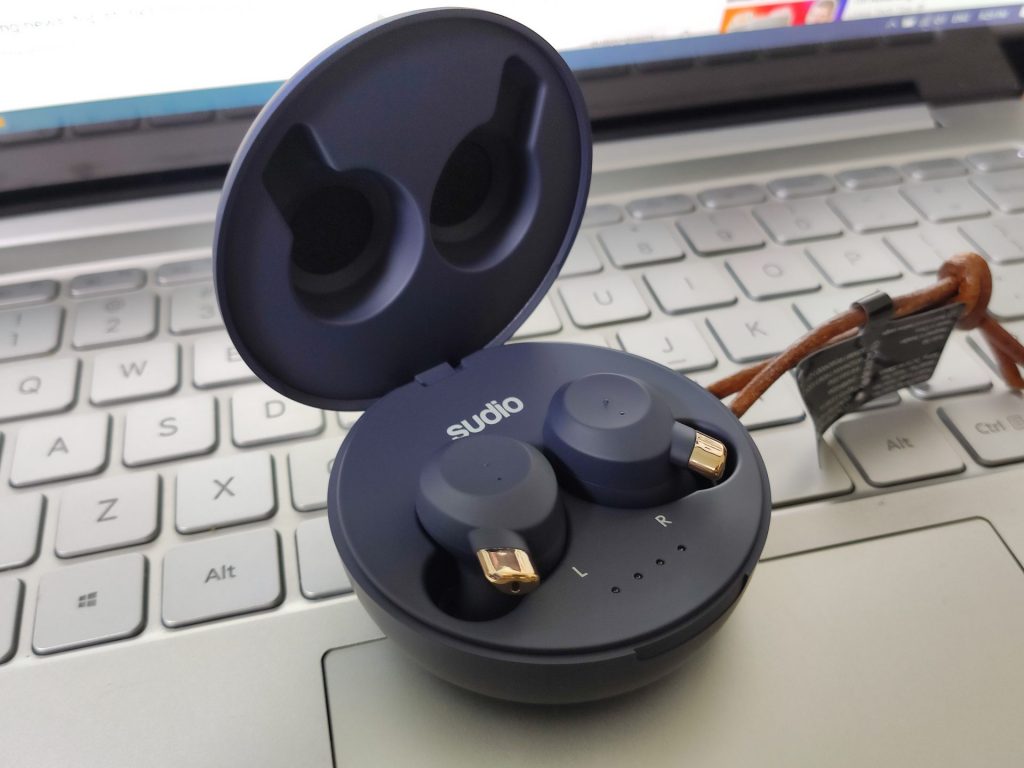 Generally, I felt that the Sudio Fem is leaps ahead of the Sudio Tolv and Niva in terms of its overall audio quality. It is well balanced and expressive, with obvious focus between the highs and lows in the music played. The bass that it produces hits the sweet spot for my liking, not too little until a state where the music lacks impact, but also not too much where is covers away the rest of the frequency sections. The trebles also managed well. The sound of the percussion instruments in the music is notable and crisp, but not overbearing. We’ve got to say it will be an audio signature that can be accepted and preferred by many.

Furthermore, the Sudio Fem’s design and passive noise cancelling features also works well, and I was able to enjoy my music without much distractions from external noise. Its microphone system performed decently too, and there were no complains when conducting calls over the earphones.

However, if I were to be picky, there are times where the Sudio Fem fails to produce the sounds as intended, especially at extreme frequencies. In these situations, the earphones responses with an very awkward delivery of the sounds, which ends up in distortion, crackles and muff. This could also be cause by the low bitrate streaming, which most of the distinct audio signals are loss over compression. Therefore, it’s difficult to assess the true hardware performance of the Sudio Fem.

Moreover, the lack of focus on vocals results in voices seem to be very distant from the listeners. The combination of the expressive highs and lows could make the whole composition rather confusing and overpowering, resulting in the perception that the earphones lack clarity.

If I had a chance to choose between the true wireless earphone products from Sudio, there is no doubt that the Sudio Fem will be my choice. The above average audio quality and performance of the Sudio Fem sets it apart from both its predecessors and competition, making it worth the extra dollars paid for.

However, Sudio has to seriously get their user experience of the touch controls right before it being a serious contender in the market. I would rather they leave out all those touch control features rather than cause annoyance and impatience customers trying to get it to work.

If you are interested in the Sudio Fem, you can purchase it from the Sudio website. Sudio also has a special discount code for our readers at The Tech Revolutionist. Simply include techrevofem discount code at checkout to receive an instant 15% discount. Moreover, you’ll get to receive a free Special Edition CNY Gift Packaging + Crossbody Pouch with every earphone/headphone purchase from Sudio.com from now to 14th February 2020. 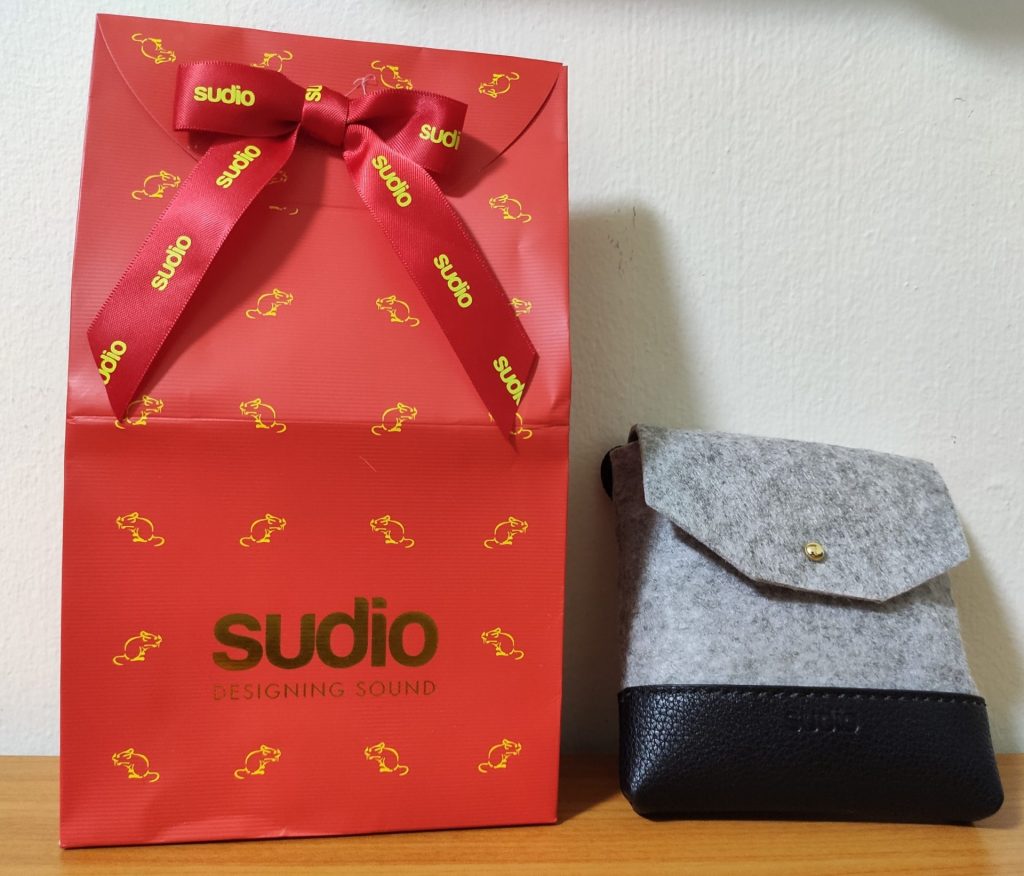 The HP Spectre x360 13 sets a new standard for Premium