Ubisoft announced Special Operation 3 for Tom Clancy’s Ghost Recon® Wildlands, the third free major update for the second year of post-launch content. Special Operation 3 will be released on December 11 on all platforms. The update will contain a brand-new PvE mission, new PvP maps and classes, a new Photo Mode, as well as improvements to the Prestige Economy based on community feedback. 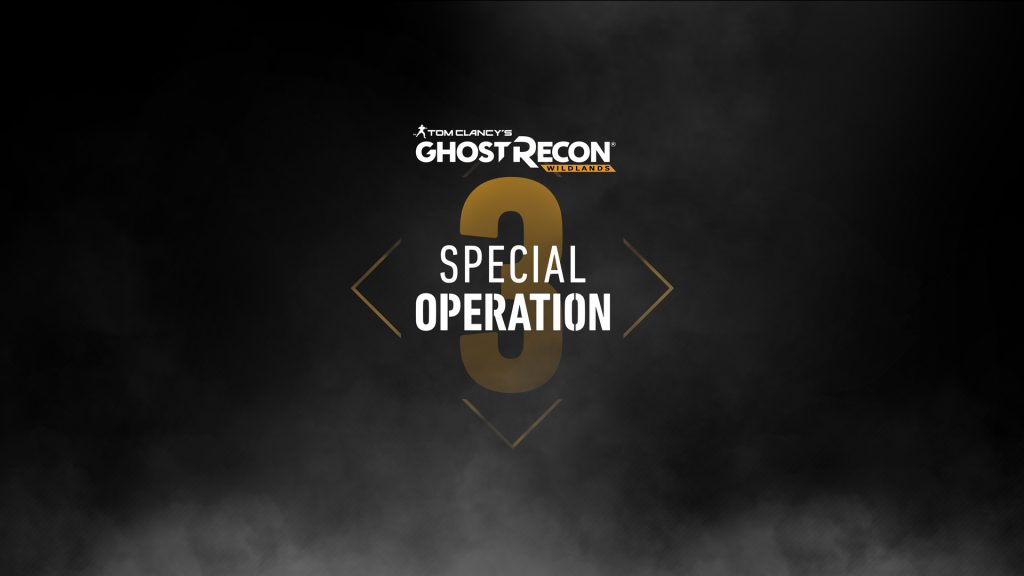 Special Operation 3 will introduce to the game a new Photo Mode to enable players to capture their epic moments when playing Tom Clancy’s Ghost Recon® Wildlands. Players would be able to edit their pictures by applying effects or filters and share them online via the platform’s capture system functionality.

In addition to the introduction of Photo Mode, Special Operation 3 will not only expand on the game’s PvE experience by introducing a new themed-mission and rewards, but also bring new PvP features including:

Based on community feedback there will be improvements and new content coming to the Store. More than 90 new items will be added, including a new pack themed for Special Operation 3. Additionally, we will be implementing updates to the Prestige Economy that build upon the changes from Special Operation 2. We will have more information coming soon.

PC players wanting to share the experience of the Wildlands with friends can gain Battle Crate rewards including Spec Ops and Ghost War Crates, via the PC Referral Program from December 11 – February 11, 2019. Invited friends who purchase the game will also receive a Battle Crate reward. The more friends players invite, the more rewards they will receive.

More information will be released in the days to come regarding the new PvE and PvP Content. For players looking to get early access to the two new Ghost War classes, the Tom Clancy’s Ghost Recon Wildlands Year 2 Pass is available digitally for 29,99 Euros. For further information, please visit ghostrecon.com.

Tom Clancy’s Ghost Recon Wildlands Year 2 will continue to deliver substantial post-launch support with free major Special Operation updates, each of which will feature a unique theme, updates for the PvE campaign with special free content and special challenges with exclusive rewards, updates for the Ghost War 4v4 PvP experience and community-requested features. The team is committed to supporting the game, offering free new content and continued improvement of the core experience.

For the latest about Tom Clancy’s Ghost Recon Wildlands and other Ubisoft games, please visit news.ubisoft.com.