With OLED TV shipments in the market expected to double in 2018 and reach over nine million units by 2022, LG will continue to increase the OLED share in its premium TV portfolio and drive large scale consumer adoption of OLED TVs. While the 8K TV market is still in its infancy, it is expected to grow to more than 5 million units by 2022 and LG is committed to leading the ultra-premium market with its 8K OLED TV technology. 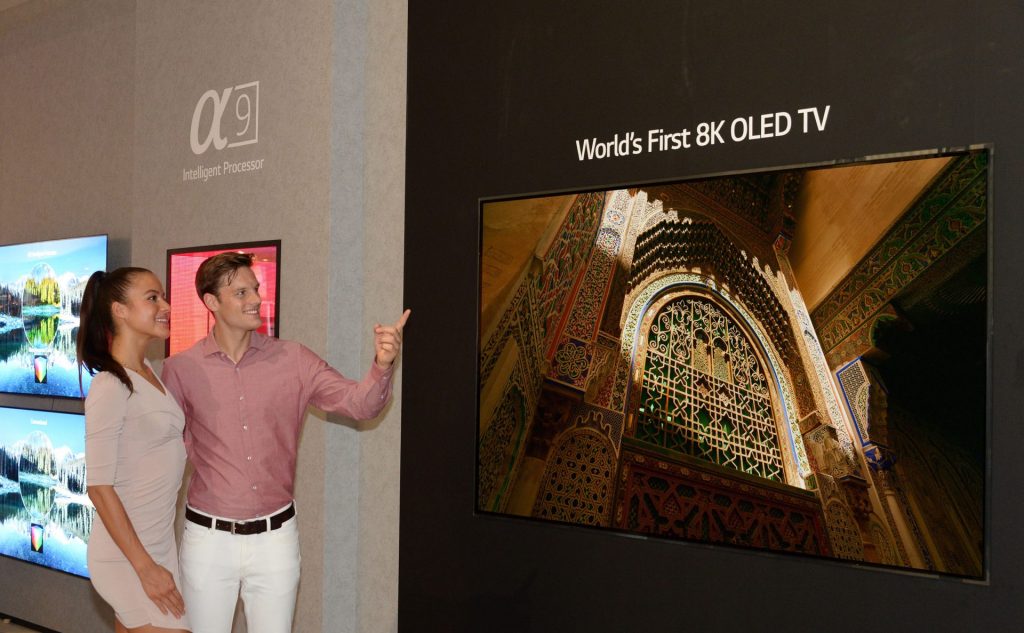 Despite advancements in LCD field, OLED has been often referred to as the “next-generation display technology” because it emits its own light, eliminating the need for any kind of backlighting. This allows for state-of-art TVs which redefine both the picture quality and the product design. Not only was LG able to pioneer such technologies, but it was also able to successfully market them.

“LG’s first 8K OLED TV is the pinnacle of technological achievement and the next evolutionary step in display technology” said Brian Kwon, president of LG Home Entertainment Company. “4K OLED played a major role in reshaping TV industry and LG is confident that 8K OLED will do the same.”

Visitors can take a first look at the 88-inch 8K LG OLED TV at IFA 2018, along with other innovations in TV technologies in the LG booth in Hall 18 of Messe Berlin.