Doubling down on their efforts in the gaming market, Lenovo’s Legion plans to bring to gamers what they actually want – uncompromised performance on the go. While gaming on a smartphone is really convenient, it seldom beats the experience of actually playing on a full-fledged PC. That is where the portability of Legion’s gaming laptops and Cube (hand-carriable PCs) come into the picture. They offer full desktop performance in a compact body. Let us take a look at what Lenovo has to offer in the launch today. 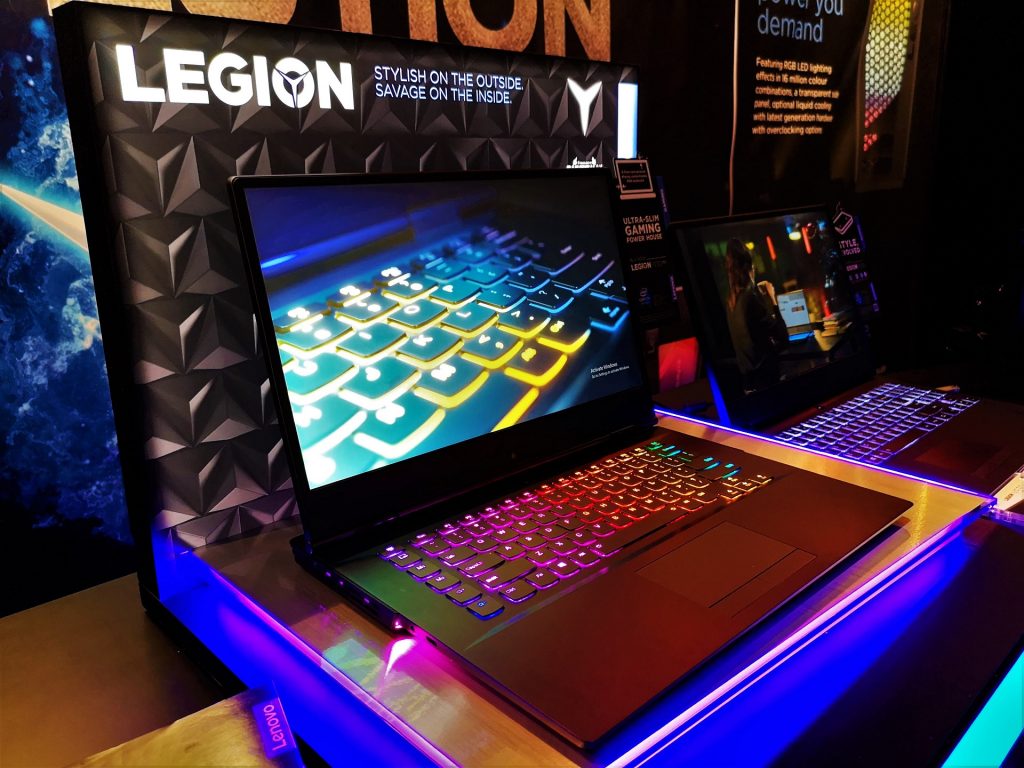 When it comes to laptops, Lenovo is no stranger. Promising serious gaming performance, the Y530 and Y730 laptops are geared for gaming, with the latter having better performing components as well as every gamers’ favorite – RGB. 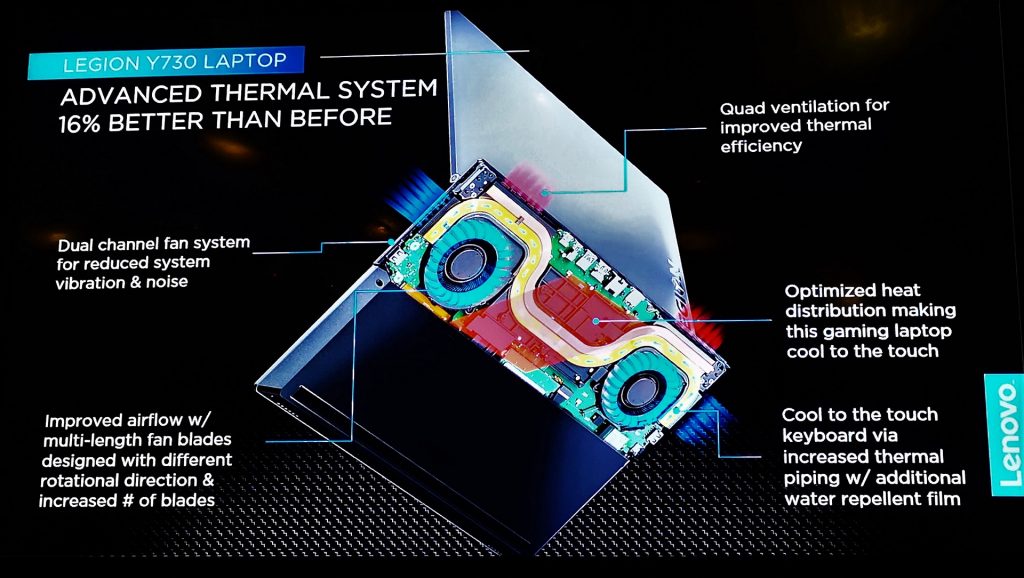 What allows these new gaming laptops to stand out is their focus on keeping the sleek look while not compromising on performance. Both laptops feature a huge vent at its bottom-rear to allow for a better airflow, while promising the removal of thermal throttling. This cooling system is also pretty subtle as compared to other gaming laptops which typically adds inches to the laptop’s thickness. Even with the additional cooling system built-in, the Y530 and Y730 still looks slim and minimalistic with its matte black demeanour. It also has a lower profile with its toggle-able RGB lighting, allowing you to use it at professional settings.

Both feature proper gaming displays of up to 144Hz, with the Y730 having G-SYNC support. This feature is a must-have in gaming terms as the amount of fluidity and advantage in the competitive gaming is extremely noticeable. In terms of processing capabilities, both come with up to Intel’s 8th Generation i7-8750H (6 cores) and up to NVIDIA’s GTX 1050Ti (4GB). It can also be stocked with up to 32GB of DDR4 RAM, 512GB PCIe NVMe SSD and 2 TB of HDD (with the former having Intel Optane Ready storage). Weighing at a respectable 2.2KG / 2.3KG, the latest Legion laptops do seem pretty competitive on paper. 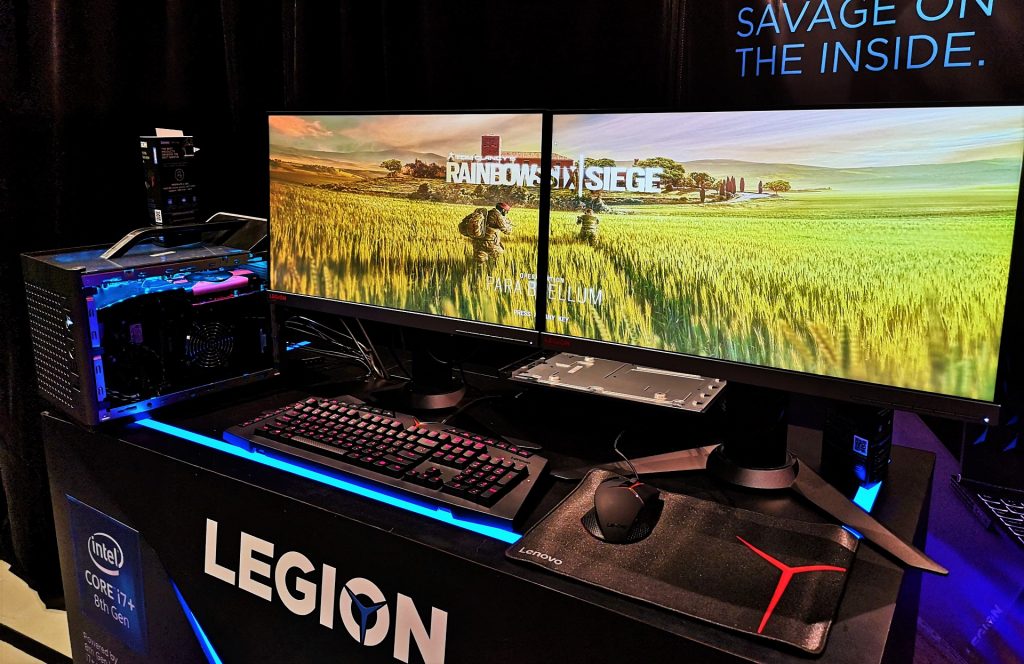 For the LAN gamer at heart, or mini-PC enthusiast, the Legion Cube would be suitable for you. The Cubes also come in two variations, C530 and C730, with the differences following that of the Legion laptops. Their compact size of 231 x 332 x 242 mm packs in a ton power. It can be equipped with up to Intel’s 8th Generation i7-8700K (6 cores), as well as discrete graphics cards like NVIDIA’s GTX 1060 (6GB) and AMD Radeon RX 570 (4GB). 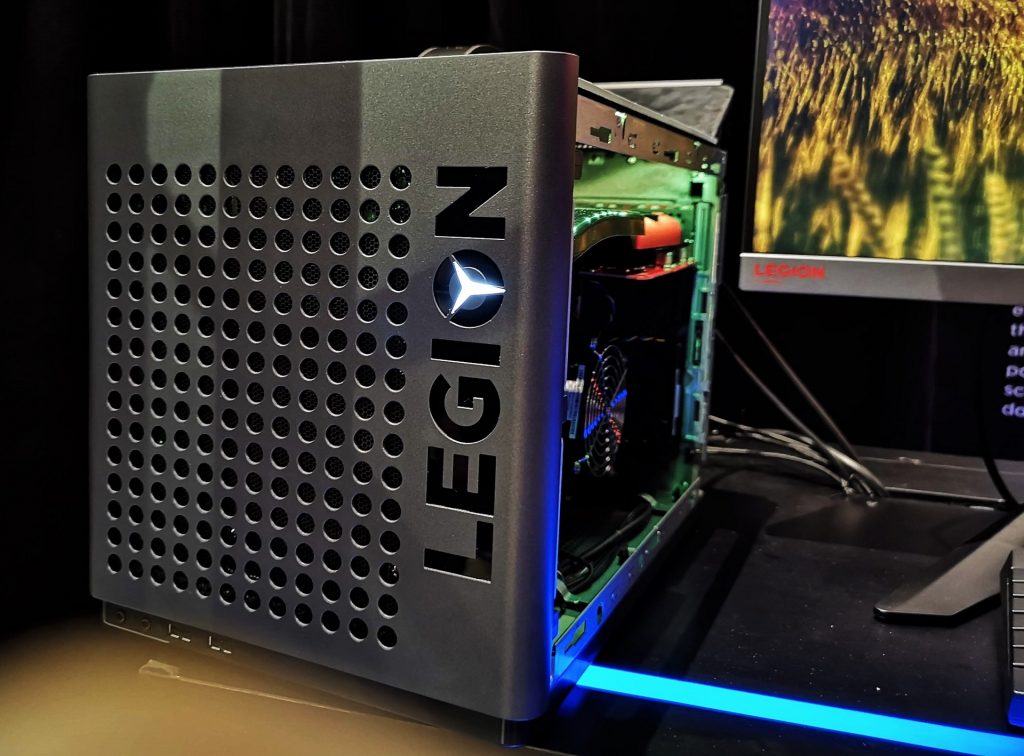 It also features up to 32GB of DDR4 RAM, as well as up to 512GB of M.2 PCIe SSD and 2 x 2TB HDD for your storage needs. You can be sure that your I/Os are covered too. At its front and back, there are more than sufficient USB ports, audio in/out, and even Ethernet port for low latency gaming.

Starting from 9KG, its weight might turn some off. Although much heavier than a typical gaming laptop, it still does make LAN gaming parties much more convenient.

The full press release can be seen below.

SINGAPORE, August 2, 2018 – Gamers, are you ready to level up? Lenovo (HKSE: 992) (ADR: LNVGY) today ushered in a new era for its Legion gaming portfolio, unveiling a power-packed lineup of hardware with stronger processing muscle, that is stylish on the outside, and savage on the inside.

In line with Lenovo’s plans to double down efforts in the gaming market, the latest Legion evolution showcases game-changing designs that are distinctively different from their predecessors and in sync with what gamers today are looking for. Lenovo conducted extensive research among more than 750 participants from around the world, learning from gamers themselves about their wants and needs to bring them the ultimate gaming experience. 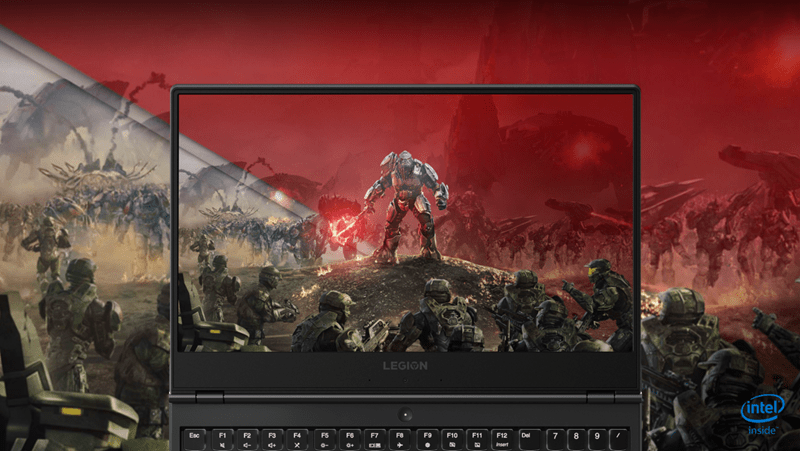 “As the gaming community rapidly grows in Asia Pacific, it is important to cut through the stereotypes to understand what today’s gamer really wants: authenticity and portability. Furthermore, in such a fast-paced environment, devices need to be able to follow consumers wherever their passions take them. It’s no longer about housing the latest-generation specs, but also about having an appreciation for purposeful design that is both aesthetically pleasing yet incredibly functional,” said Eddie Ang, Country General Manager, Lenovo Singapore.

With the Intel® Optane™ technology, a smart system accelerator that improves the performance and response of PCs through adaptive machine learning, gamers can now launch their favorite titles up to 2.48x faster; load game levels up to 32% more quickly than on other PCs; and rapidly save their progress with up to 2.1x better overall system performance, basking in total uninterrupted gameplay.

In terms of software, the new and improved Vantage Nerve Center now offers gamers more options in personalizing their set-up. Be it ramping up fan speed, turning on network priority or even adjusting keyboard lighting, the application helps boost system performance so players can take their gameplay to the next level.

Lenovo will also be furthering its efforts in developing local gaming ecosystems and providing increased support and engagement for Legion fans:

OPPO Find X - Ever wanted a phone that is ALL screen?