Sony MP-CD1 Review - A Mobile Projector that fits in your pocket! - The Tech Revolutionist

Sony MP-CD1 Review – A Mobile Projector that fits in your pocket!

Home » Sony MP-CD1 Review – A Mobile Projector that fits in your pocket!

When Sony first introduced the MP-CD1 Mobile Projector, I was skeptical about its performance because of its size. In the past, I’ve tried the portable LED projector from ASUS which worked pretty well, but of course, was still incomparable a full-blown projector unit. 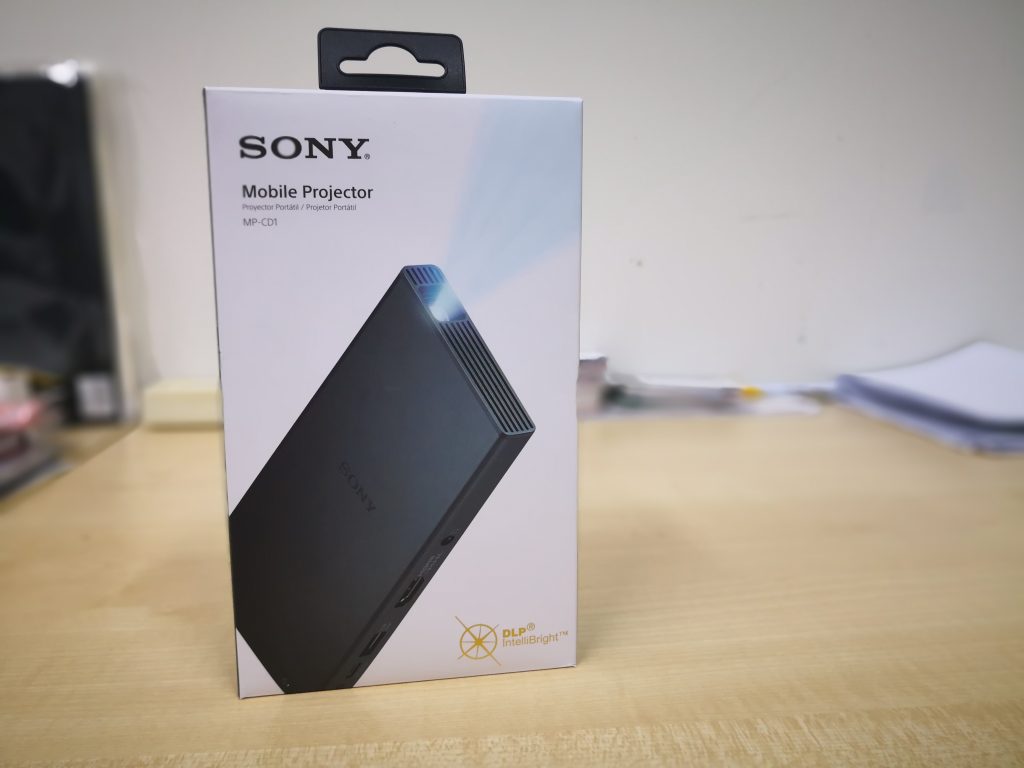 Moreover, that ASUS projector was not truly portable, as it had to be plugged in for it to work. The Sony MP-CD1 mobile projector improves on that aspect, as it comes with a built in 5000mAh battery, which is said to be able to power the projector for about 2 hours. Well, that does set things apart!

I was pleasantly surprised when I first received the review unit, as the MP-CD1 was actually much smaller than expected. I thought that Sony had mistakenly sent me a portable power bank instead!

Sony went with a minimal approach for the design of the MP-CD1. This is why, the whole projector looked extremely simple, and there was only 1 button on the whole device – the power button.

This is because the MP-CD1 is genuinely a plug-and-play device. I simply had to turn it on and plug the HDMI cable in for it to work. There are no additional settings required, and it is just this dead easy to get it working. 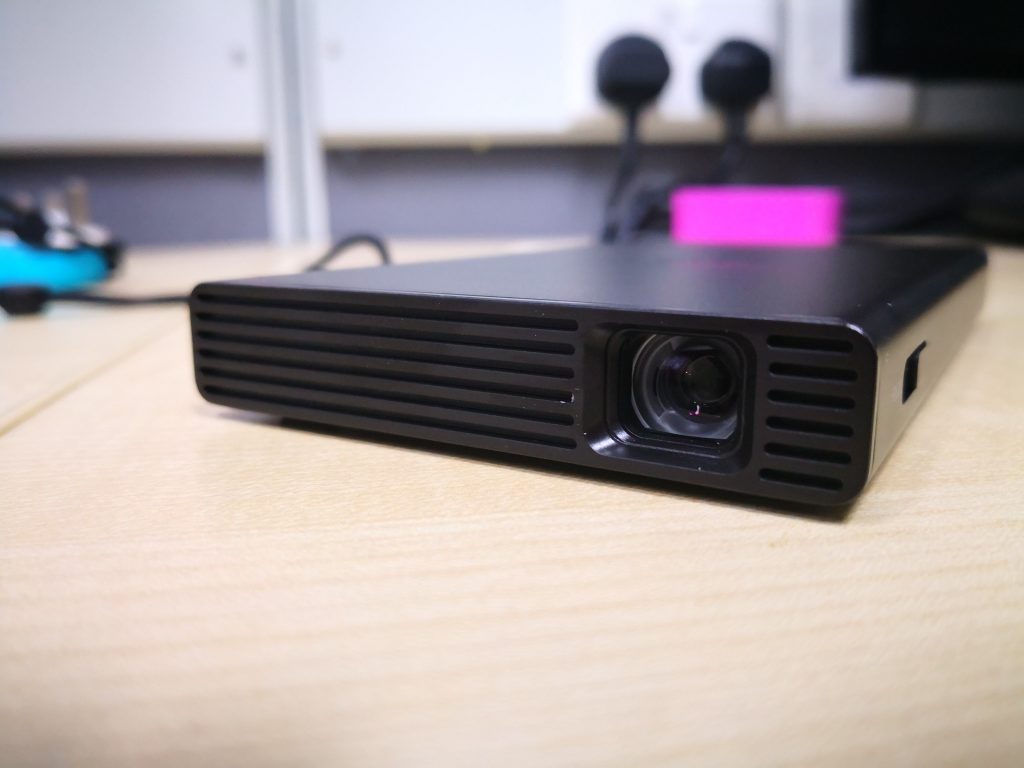 The projection unit uses Texas Instrument’s DLP IntelliBright technology which allows the MP-CD1 to produce bright enough images despite the limit of its size. This technology utilizes different image-processing algorithms to manage between brightness and power consumption. 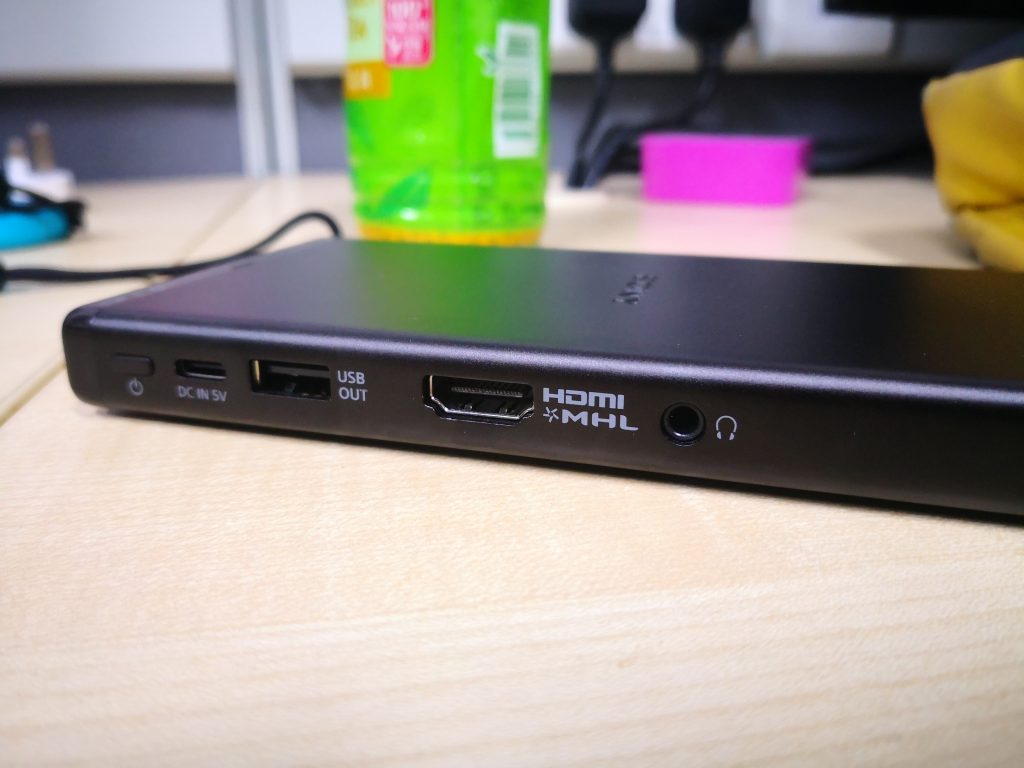 On the right of the unit, we can see the power button, a DC IN USB Type-C port, a USB Type-A Power Out port, a standard sized HDMI port, as well as an Audio-Out jack. 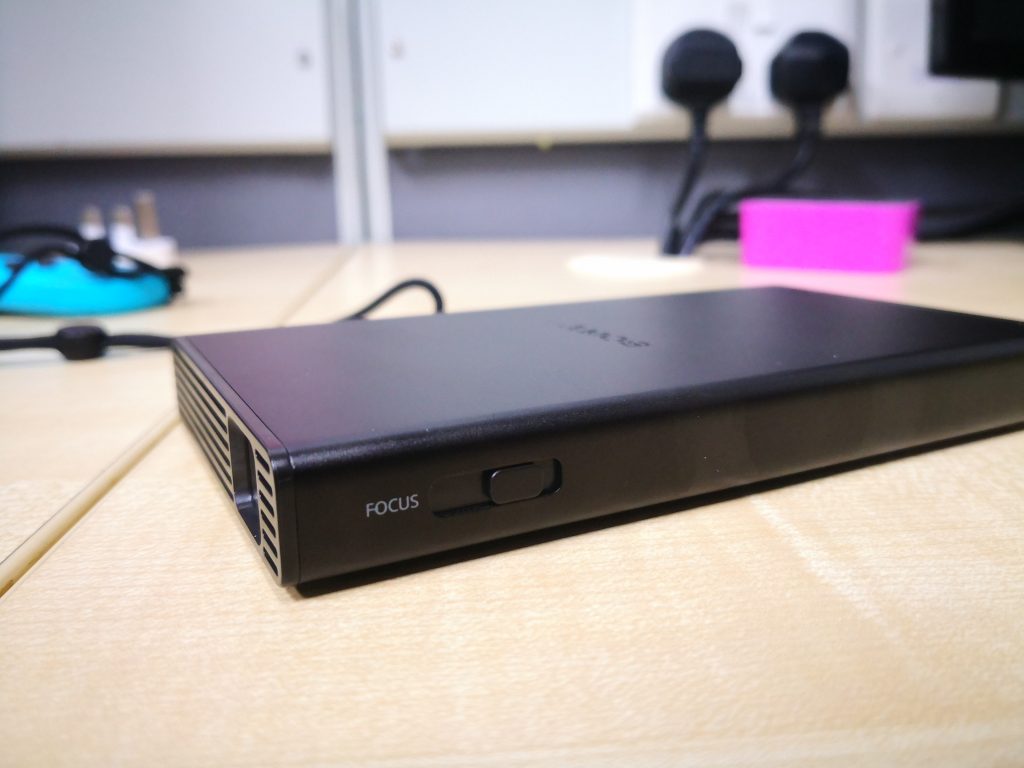 On the left of the projector unit, we have the focus slider which changes the focal length of the lens for a clearer projection on the wall.

It’s interesting to have a built-in battery that powers the projector. Moreover, the USB out port even allows the MP-CD1 to act as a mobile power bank, charging any other external devices. This port also allows the powering up of display dongles, such as the Google Chromecast and any other Miracast adapters, so that wireless display casting is possible.

Oddly enough, Sony did not include a USB power adapter in the box. We thought that since the device can be charged at a rate of 5V 3A, and that most chargers do only reaches 2A, it would make sense for them to include the charger that supports 3A. However, we did take note that the power input will not affect the performance of the projector, as its power requirements are all managed by the battery itself, and not directly from the DC In. This simply just means that it will take a longer time to charge up the projector, if the non-official USB power adapter is used.

Putting it to the test 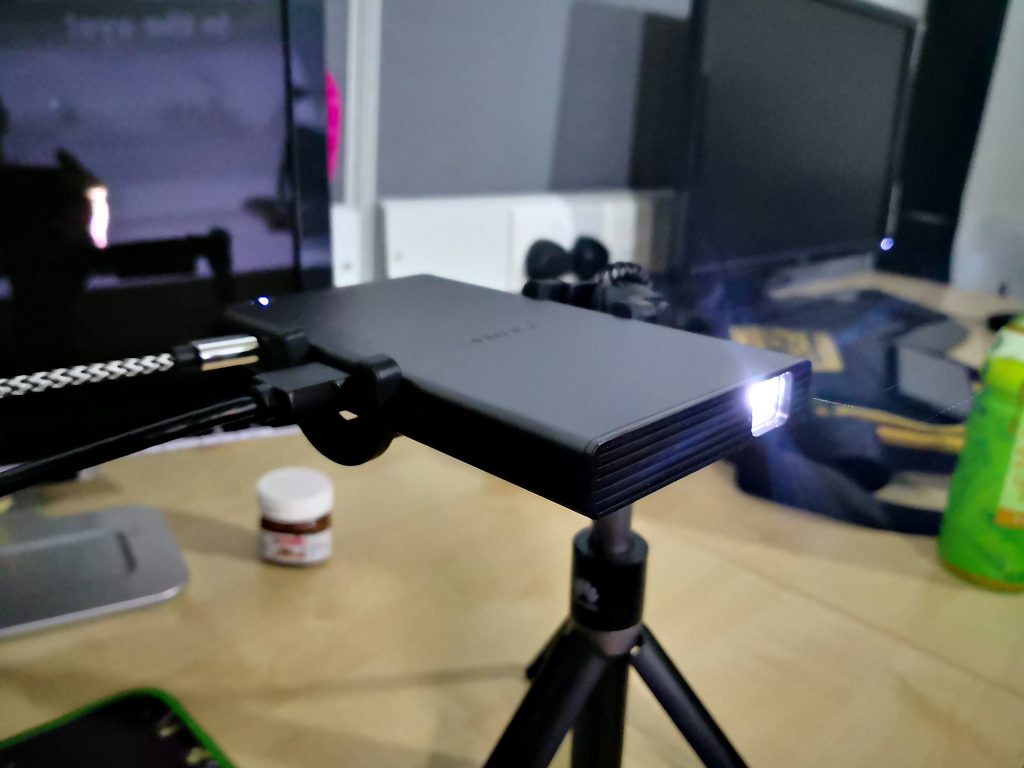 For our setup, we have the projector project at a wall that is about 2m away. We managed to get a 90-inch display with the short distance, which was considerably larger as compared to other projectors. We also hooked the MP-CD1 to a Nintendo Switch for a game of 1-2 Switch, to see how it performs in games as well as general media consumption. 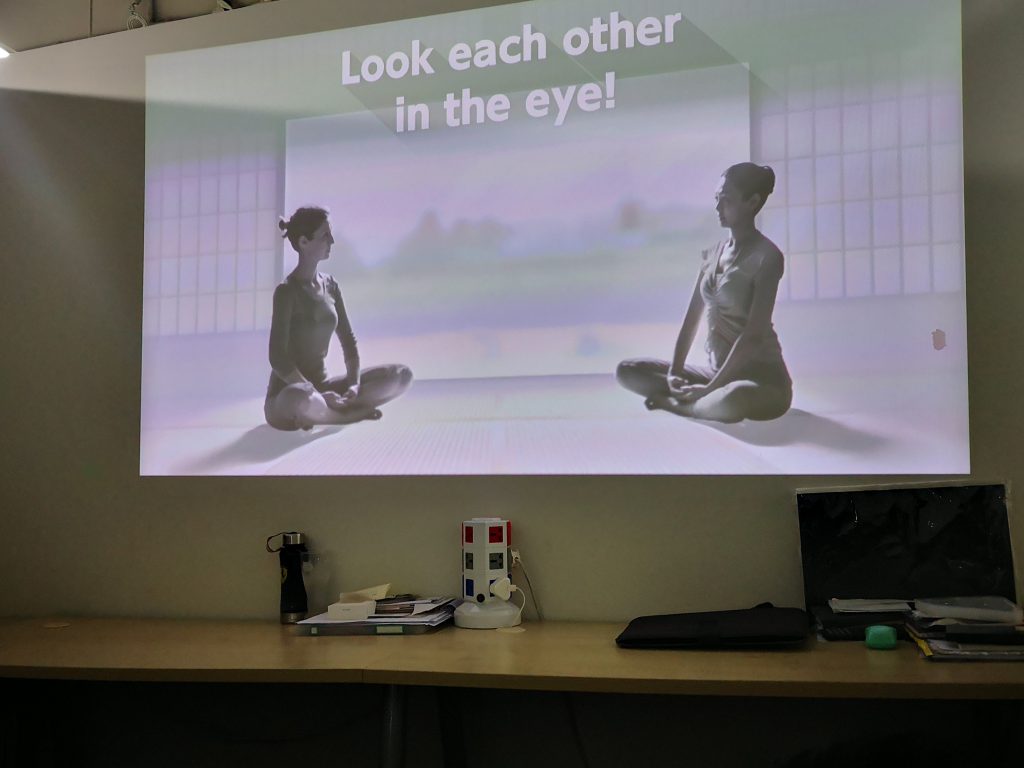 Generally, the image projected was bright enough for our games. We had to turn off the lights in our office in order for the image to be viewable. If the lights were turned on, at this projector-to-wall distance configuration, we could barely see the images. 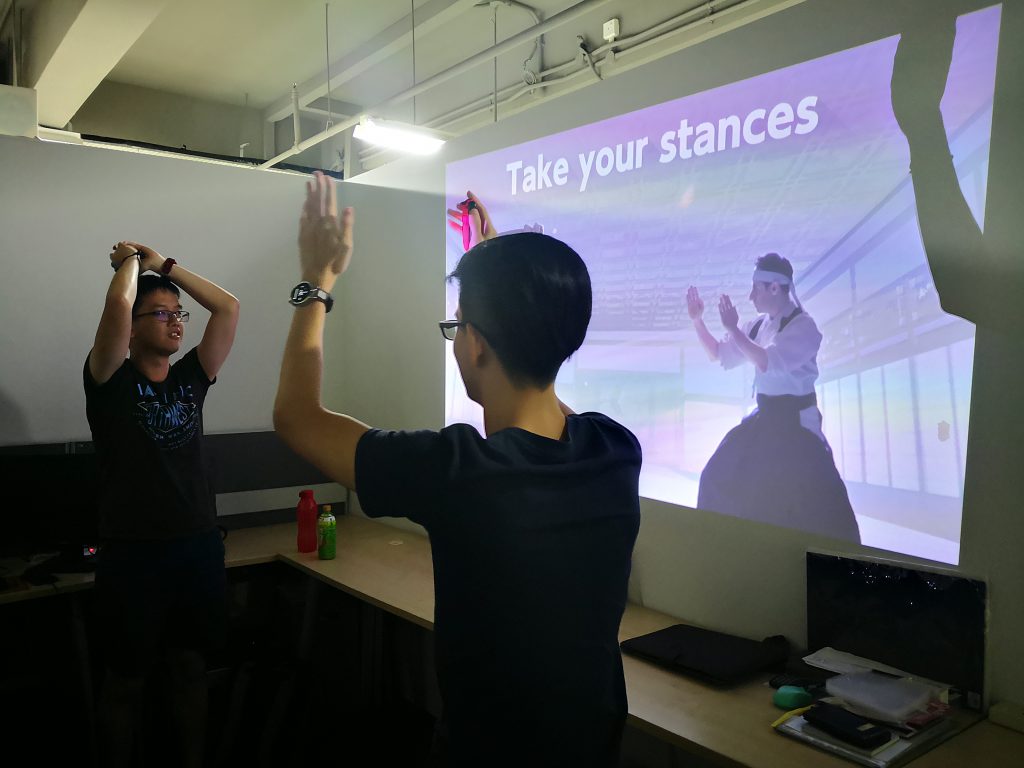 This also meant that the setup’s lighting condition can largely affect the clarity and brightness requirements of the projector. However, we did take note that the images still remained clear and sharp, and the colours are adequate for gameplay. This is despite the fact that the projector takes in a 1080p feed, and downsample it to a resolution of 854 x 480 for projection.

What I really liked about the Sony MP-CD1 mobile projector was its various automated features that made setting up extremely simple. The keystone was automatically corrected, even though the projector was placed on a certain leveled degree. The brightness and contrast settings were also automatically set. Moreover, the projector’s built in fan also has its fan speed automated, so as to keep fan noise down to a minimum, allowing users to enjoy the content directly from the projector.

However, we also realised that the speakers on the projector was also deemed to be insignificant. It was installed just for the sake of being there. Luckily, Sony has included the 3.5mm audio out jack for users to expand the audio out from the HDMI cable onto a more decent speaker system.

We also realised that this kind of projector was also less suitable for fast-paced games, as some of the players experienced signs of motion sickness after a while when viewing the screen projected by the MP-CD1. This could be due to the slow refresh rate for the projection of images on the MP-CD1. 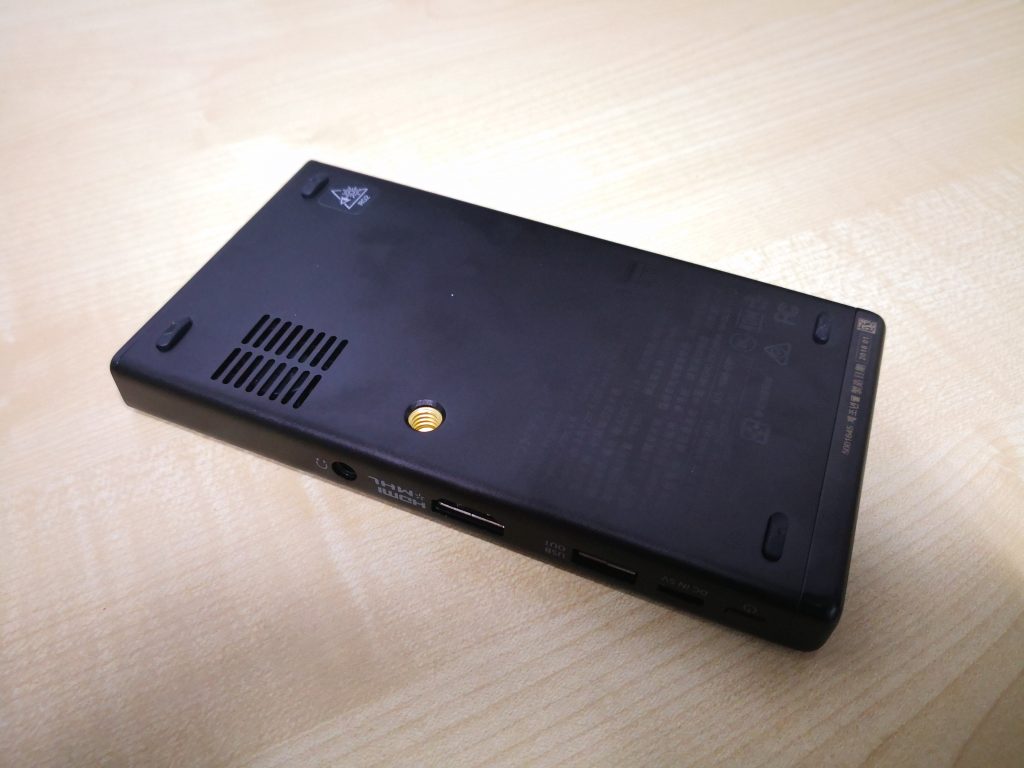 The Sony MP-CD1 has truly set a benchmark for what it means to be a portable mobile projector. Its ease of setup and installation really sets itself apart from any other projectors in the market, and we were able to start projecting content within seconds. However, the need for a portable mobile projector could still be questioned, as there aren’t many usage scenarios where someone constantly needs a projector unit on the go. Nonetheless, if you are looking for a simple projector setup for your office, the MP-CD1 could be a good choice as well.

Check out these three new Jabra Elite headphones and earbuds