Assassin’s Creed Odyssey is an ambitious role-playing game that places choice at the center of the experience. The action takes place in Ancient Greece, a world rich with myths and legend, in fifth century BC during the Peloponnesian War between Sparta and Athens. Playing as Alexios or Kassandra, a mercenary of Spartan blood sentenced to death by their family. Players will embark on an epic journey from a young outcast to a legendary hero and uncover the truth about their mysterious First Civilization lineage. 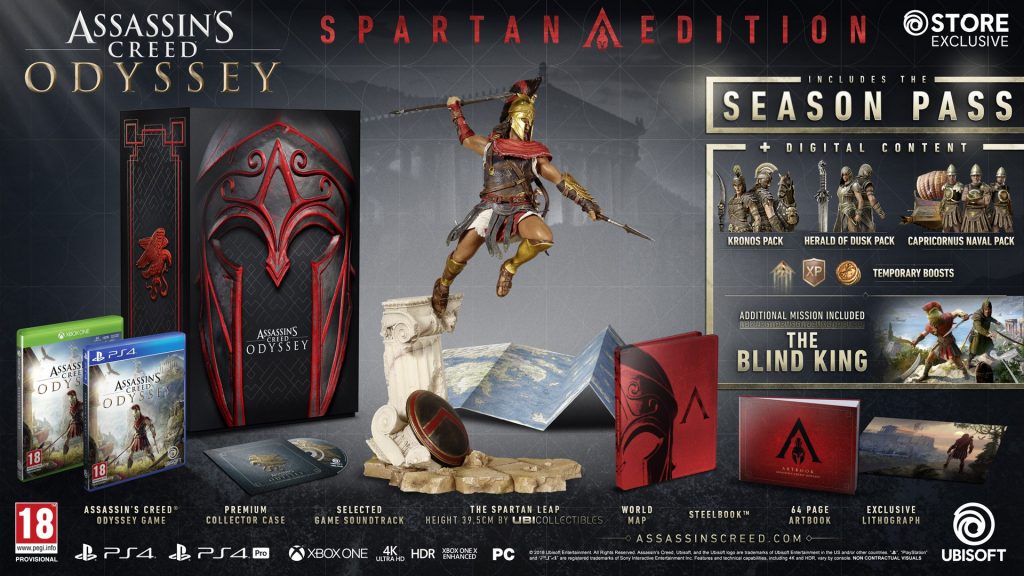 The Assassin’s Creed® Odyssey Spartan Edition, available in Asia, will include the following physical and digital content: 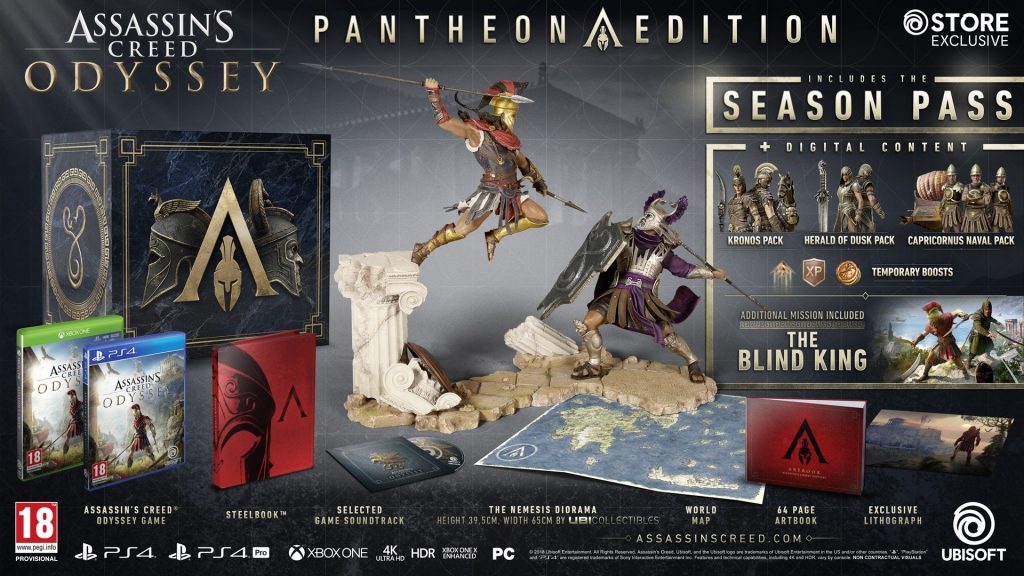 The Assassin’s Creed® Odyssey Pantheon Edition, available in Asia, will include all physical and digital content in the Spartan Collector’s Edition plus The Nemesis, a Diorama of two figurines (height 39cm) by Ubicollectibles. 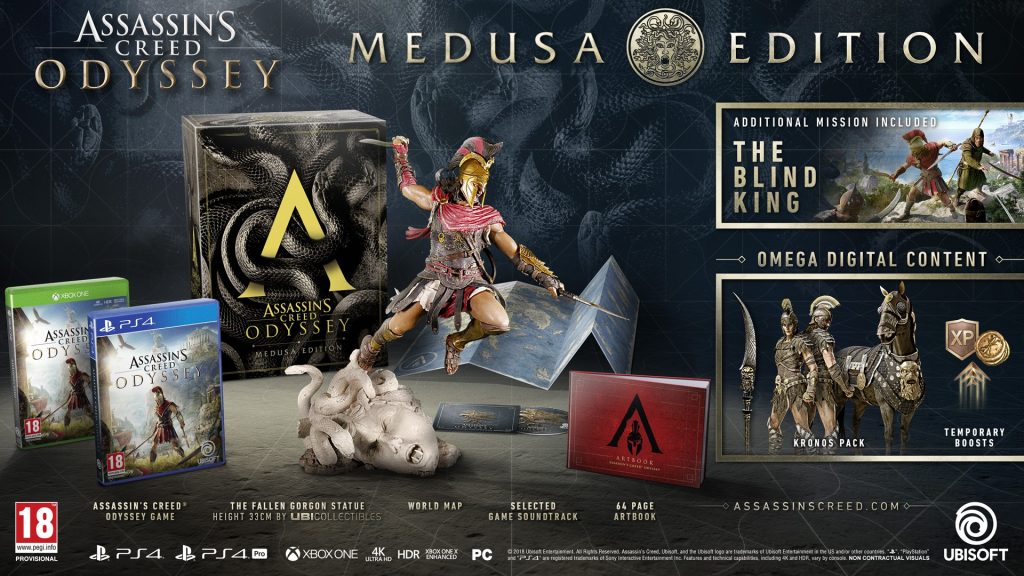 The Assassin’s Creed® Odyssey Medusa Collector’s Edition, available in Asia, will include the following physical and digital content:

Ubicollectibles also announced the figurine of Alexios (height 32cm), the figurine of Kassandra (height 29cm) and the official replica of the Broken Spear of Leonidas (length 60cm) from Assassin’s Creed® Odyssey. 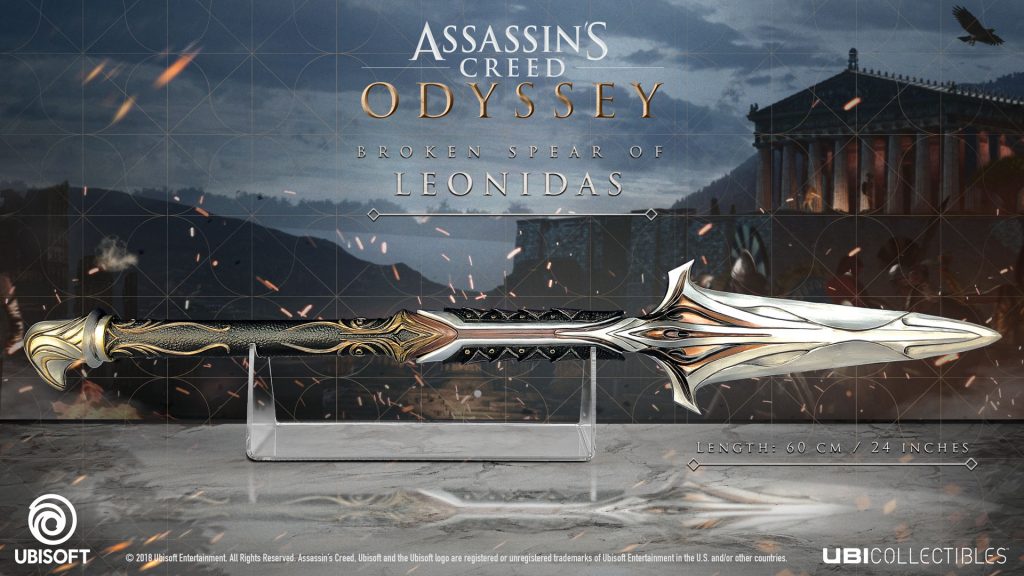 Assassin’s Creed® Odyssey will be released worldwide on October 5, 2018 for the PlayStation®4 Pro and Playstation®4 computer entertainment systems, the Xbox One family of devices, including Xbox One X, and Windows PC. 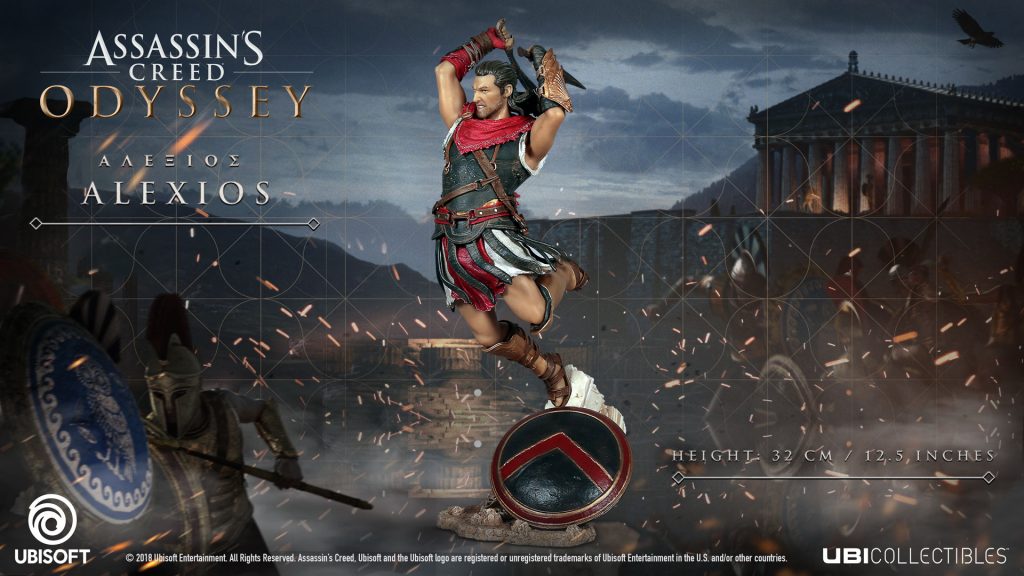 Ubicollectibles is a branch of Ubisoft that is composed of a team of genuine video game and geek culture fans who bring to life a wide range of premium, limited-edition collectible products. The Ubicollectibles items are meticulously crafted in close collaboration with the studios to appeal to the fans of Ubisoft’s popular brands. For further information, please visit facebook.com/ubicollectibles.