5 Myths About the AI Hype Train 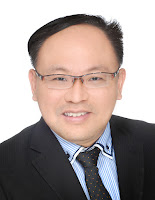 Hear that noise? It’s the sound of
the Artificial Intelligence (AI) hype train thundering down the tracks. While
the train may not actually arrive for years to come, that isn’t stopping
executives, IT pros, and journalists from getting excited about AI and its
possibilities. While the technology represents an exciting new utility with a
wide variety of potential use cases, it does not herald the arrival of a brave new sci-fi future.
According to MarketsandMarkets, the global AI market is expected to grow from US$21.46
billion in 2018 to US$190.61 billion in 2025. That is a whooping average compound annual growth rate (CAGR) of 36.62%
with Asia Pacific (APAC) expected to contribute the most to such growth.
While there is no doubt that the nascent technology shows cause for excitement,
it’s also clear that for the vast majority of businesses, the time to embrace
AI is still somewhere down the road.
Let’s take a brief look at the state
of AI today and identify some of the most popular myths surrounding it and why
they should be taken with a grain of salt.
AI is going to replace all jobs

A central aspect of the
misconceptions surrounding AI is this thought that it is going to cause a
number of sweeping, binary changes. It’s the idea that as soon as the
technology is “ready” it can be plugged into any system ready to perform any
task at or above the level of the human that previously performed it. However,
this is more in the realm of fantasy than reality. Though AI will technically
replace some jobs, digital transformation, spearheaded by technologies
including AI, cloud and the Internet of Things, will contribute to 26% of new jobs by 2021 here in APAC.
AI will also make our jobs easier,
eliminating the more rote, mundane aspects of some jobs. A recent survey by Korn Ferry revealed that 76% of recruiters in APAC
that AI has allowed them to find better candidates suited for their jobs.
What is “an AI?” Trick question,
there is no such thing. One popular myth is that AI is some type of physical
product like a server or a 3D printer. In reality, it’s “a collection of
technologies that can be used in applications, systems and solutions to add
specific functional capabilities.” According to Gartner, businesses looking to take advantage
of AI should select technologies that are most well suited to serve their
business goals, as opposed to gravitating toward the technology and deciding
how to use it later.

All enterprises need an AI strategy
When new technologies get a lot of
hype between them, there can be a disconnect between how much talk is going
around about the tech and how many enterprises actually need to deploy it in
the foreseeable future. While not all need an immediate AI strategy, all IT
leaders should be watching for the emergence of AI-related tools that can help
enhance their business goals.
AI technologies are autonomous

The majority of today’s AI
technologies are designed to perform one single task. Though more adaptable AIs
that can switch between functions are likely to emerge in the future, the idea
that AI technologies are machines with “a mind of their own” is again,
something more out of the realm of sci-fi than reality. Though they may seem to
“think” on their own, they will only do so when directed by a human.
AI will quickly become smarter than humans

This is one of the big ones. It’s the
logical science fiction end to some of the other myths we’ve already discussed.
That is that AI will autonomously become smarter and smarter until it becomes
conscious, develops its own motives, and begins to subvert our own in order to
“take over.” Though the combination of advanced analytics,
special algorithms and large bodies of data has the capacity to make people believe that these
technologies can think and feel the way humans can, there is a limit to AI’s
potential “human-ness.” Intelligence shouldn’t be measured on a linear scale
but rather in various different dimensions. Computers may be better at
calculating much more rapidly than humans but lack in other areas such as
emotion, creativity, and strategic thinking.
AI represents an exciting collection
of emerging technologies, and for many businesses, it will eventually make a
big impact. Through productivity and personalisation improvements as a result
of AI, global GDP in 2030 will be 14% higher – the equivalent to US$15.7
trillion. As AI achieves more widespread adoption, it’s important for business
leaders not to get distracted by shiny objects and keep their eyes on their
business objectives for now.