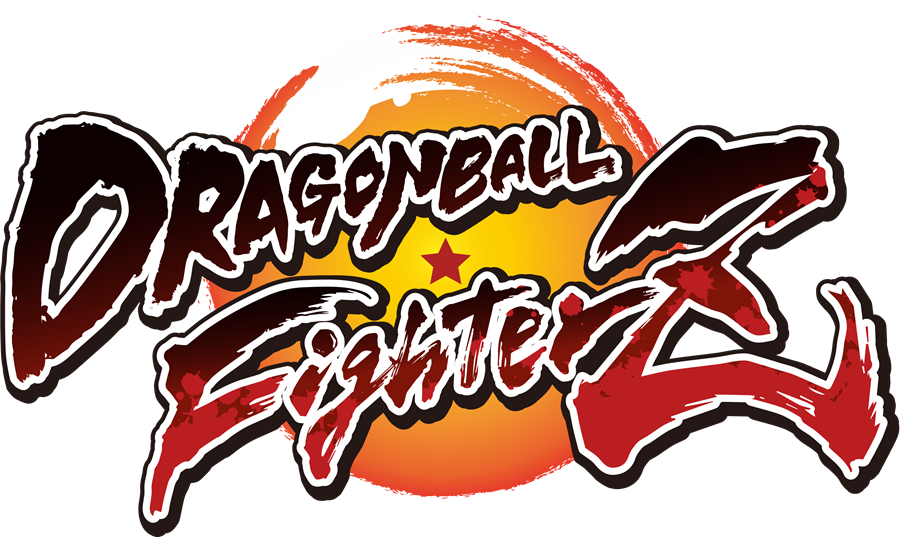 New fight starts at with 11 characters!
SINGAPORE – 25th August, 2017 – Today is a red-letter day for DRAGON BALL fans as BANDAI NAMCO Entertainment Asia reveals a lot of content for DRAGON BALL FighterZ such as details about the DRAGON BALL FighterZ CollectorZ Edition, story mode with a new gameplay, as well as Day One, Pre-order Bonus and closed beta registration which starts from today! The long-awaited 2.5D fighting game created by Arc System Works will be launched in February 2018 on Xbox One, PlayStation®4, and PC Digital via STEAM® and other distributors. 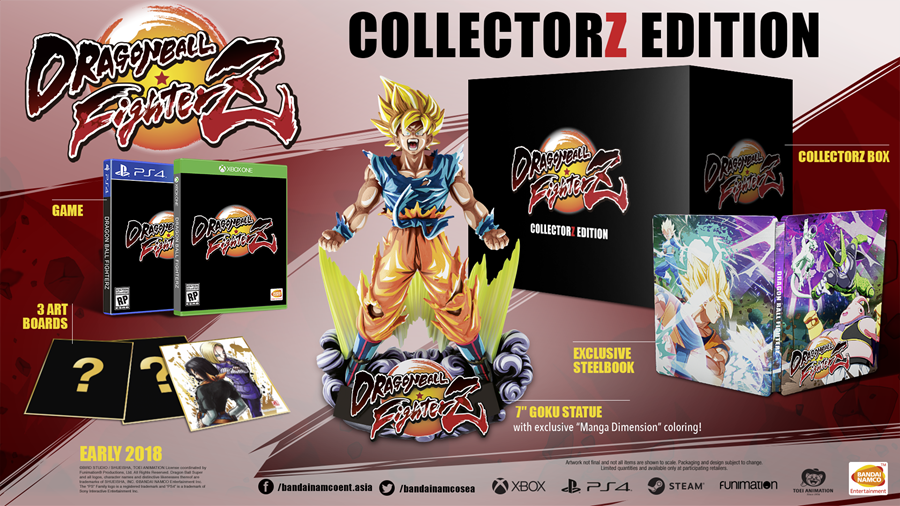 CollectorZ Edition & Standard Edition
DRAGON BALL FighterZ CollectorZ Edition will also be available in early 2018 on PlayStation 4 containing a stunning Goku 18cm diorama with an exclusive “Manga Dimension” coloring, 3 arts boards and a unique SteelBook®. Both CollectorZ Edition and Standard versions will offer a Day One or pre-order digital bonus for all players including early unlock of 2 characters (SSGSS Goku and SSGSS Vegeta) and 2 exclusive lobby avatars! More details about the Open Beta will be revealed later.

New Trailer Story Mode
The new trailer of DRAGON BALL FighterZ gives us a glimpse of the story mode, the new characters and the Party Match. In this new gameplay footage, Android 16 and the duo Android 17/Android 18 join the fight alongside Krillin and Piccolo. With the resurrection of Android 16 and the invasion of the mysterious army corps, the super warriors starts to fall. What is happening?! The Party Match is also revealed with the new asset batch of the day. In this new online battle mode, one player will be in charge of each of the 6 characters during intense 3v3 battles.
Start of Registration for Closed Beta
Another amazing news, PlayStation 4 and Xbox One players can register from today to the closed beta scheduled for September 16th and 17th. In the event of overwhelming response for the closed beta testing, participants will be determined based on first come first serve basis. Participants for the beta test will be notified via email, which will include the product code. They will be able to play DRAGON BALL FighterZ online with 11 playable characters, including: SS Goku, SS Vegeta, SS Teen Gohan, Cell, Majin Buu, Frieza (Final form), Future Trunks, Piccolo, Krillin, Android 18 and Android 16.
PlayStation 4 players can register to the closed beta on PlayStation Store and Xbox One ones will be selected through the Xbox Insider Hub program. More details on the official page http://support.xbox.com/en-US/xbox-one/console/xbox-insider-hub. Full closed beta schedule is below:

DRAGON BALL FighterZ is slated for a February 2018 launch on the Xbox One, PlayStation 4, and PCs via STEAM. Registration for the closed beta opens today August 25th for Southeast Asia. 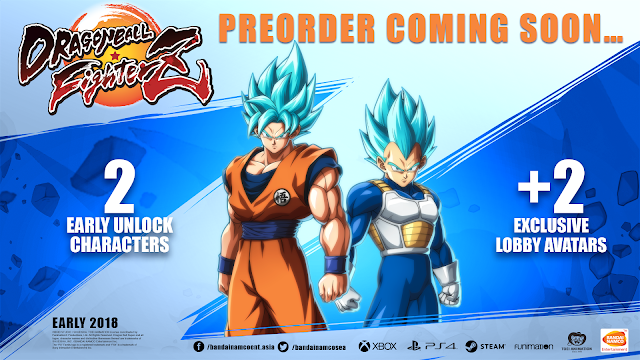