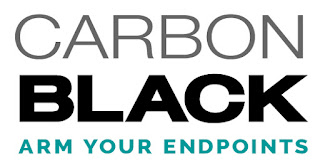 SINGAPORE—May 17, 2017—Carbon Black, the leader in next-generation
endpoint security, today announced the company’s market-leading endpoint
detection and response (EDR) solution, Cb Response, was leveraged during the
prosecution and impeachment of former South Korean President Park Geun-hye.
Through a partnership with Korean security partner, Naru Security Inc., Carbon Black collaborated
with the special prosecutor’s office to provide end-to-end endpoint monitoring
with Cb Response, defending the office from targeted cyber attacks.
Park, the first woman to be elected as president of South Korea,
was impeached in December and officially stripped of power in March. She was
recently indicted on bribery, extortion, abuse of power and other high-profile
corruption charges. Former human rights attorney and student activist, Moon
Jae-in, was elected as Park’s replacement on May 9.
“Park’s impeachment was a global affair being tracked by
millions of news consumers,” said Kane Lightowler, Carbon Black’s managing
director, Asia Pacific. “Given how high profile this case was, there were many
risks to the special prosecutor’s office. There was concern that Park’s
supporters might attempt to delete or taint evidence and the risk of other
cyberattackers hoping to profit by leaking the latest evidence to the media. By
leveraging Cb Response, Naru Security gained valuable insight into nefarious
endpoint activity and kept the prosecutor’s office safe during an unsettling
time. Increasingly, governments and political organizations around the world
are turning to Carbon Black to protect their most sensitive information.”
From December through February, Naru Security deployed Cb
Response across all of the special prosecutor’s office’s endpoints and
integrated Cb Response with the network solution ConnecTome to collect data and
visualize it end-to-end. Cb Response identified and confirmed numerous
malicious activities on the office’s endpoints, stopping the potential
destruction of critical trial evidence.
“In the early stages of monitoring, we identified malicious
activities via ConnecTome and pinpointed the process and MD5 with Cb Response,”
said Joon Kim, Naru Security’s CEO. “Moreover, unknown attempted data
exfiltration was identified by Cb Response. Carbon Black offered valuable
insight during a time of great political unrest in South Korea.”
About Cb Response
Cb Response is the most precise IR and threat hunting solution
for SOC practitioners, allowing them to get the answers they need faster than
any other tool. Only Cb Response continuously records and captures all threat
activity so security teams can hunt threats in real time, visualize the
complete attack kill chain, and then respond and remediate attacks quickly. The
result is zero-gap endpoint visibility. Investigations are accelerated because
the information needed is always available with conclusive answers to
investigation questions. With Cb Response, alert validation and triage are
streamlined because the details of what caused an alert are at responders’
fingertips.
Cb Response was recently named Best Endpoint Detection and
Response Solution by security professionals in the SANS Institute’s Best of
2016 Awards.
About Carbon Black
Carbon Black is the leading provider of next-generation endpoint
security. With more than 9 million endpoints under management, Carbon Black has
more than 3,000 customers, including 30 of the Fortune 100. These customers use
Carbon Black to replace legacy antivirus, lock down critical systems, hunt
threats, and protect their endpoints from the most advanced cyberattacks,
including non-malware attacks.