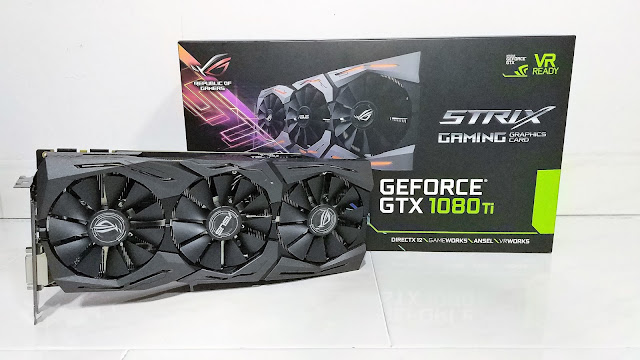 Some gamers will never settle for anything but the best, but how much improvements are there between these two monstrous graphics card? Is it actually worth to upgrade from a GTX 1080 to GTX 1080Ti? In this review, we put both graphics card to the test to provide us with some answers.

The GTX 1080 Ti packs 40% more CUDA cores than the GTX 1080. Of course, in the gaming graphics environment, more compute cores essentially means higher performance and better framerates. However, in order to contain the whole graphics card within power limits and to ensure stability, the GTX 1080 Ti has to be clocked at a lower frequency.

The GTX 1080 Ti is also equipped with a whopping 11GB of dedicated GDDR5X video memory. This additional memory should come in handy when gaming in ultra high definitions or when using the graphics unit to compute highly parallel workloads.

These core differences in the specifications of the new GTX 1080 Ti as compared to the GTX 1080 should give us some expectations in terms of performance. Can the Pascal architecture hold up to the increased needs for parallelism with the large number of CUDA cores, allowing the performance of the whole graphics card to scale accordingly? Let’s take a closer look at the ASUS Republic of Gamers STRIX GTX 1080 Ti and put it to the tests. 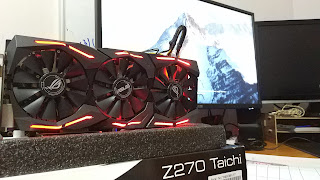 ASUS is known for developing reliable and high performing graphics card for Nvidia. Of course, the GTX 1080 Ti will also be getting the same value-added treatment. More specifically for the ROG STRIX GTX 1080 Ti OC SKU, ASUS has a customized the card’s PCB and used better electrical components to ensure better power delivery towards to GPU. This essentially means better overclocks, stability and efficiency.
ASUS has also integrated their AURA RGB features on this graphics card. Users will also be able to customize or even synchronize the RGB lighting on the graphics card to their own preference. RGB lightings are found on both the front and back of the graphics card. 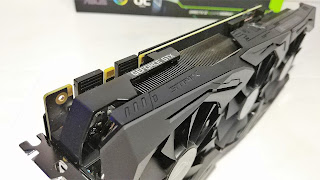 The GTX 1080 Ti also supports SLI. For better performance, it is recommended that users purchase the additional High Bandwidth (HB) SLI bridge for the GTX 1080 Ti when running in SLI mode. 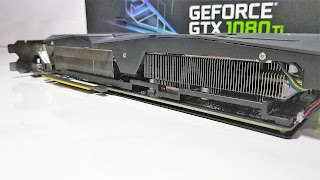 This version of GTX 1080 Ti differentiates itself from competitors with its superior cooling capabilities. The two large heat sinks are connected by six individual heat pipe, allowing a quick transfer of heat throughout the whole card. Both the GPU and power components are interfaced with the heat sink for optimal cooling, and indirectly allowing better stability. 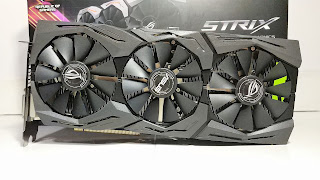 Having the heat sinks themselves are not enough for proper dissipation of heat. ASUS has also included three large 85mm fans on the card itself to actively bring heat away from the graphics card. Moreover, these fans are also IP5X certified. This dust-resistant design promises a much longer fan lifespan than traditional designs.
The patented wing-blade design on these fans ensures the utmost airflow onto the vital components of the whole graphics card, while still operating quietly. 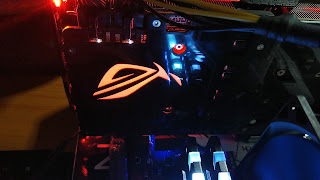 As mentioned, the ASUS ROG STRIX GTX 1080 Ti is equipped with RGB lighting. This lighting can be easily customized with the ASUS AURA software. The customization of the RGB lighting is rather straightforward, and users can simply select their preferred lighting mode and colour based on their own preference easily. 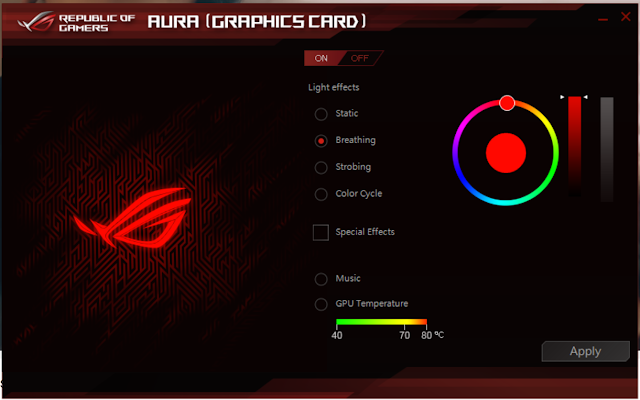 GPU TWEAK II on the other hand, is the graphics card overclocking utility for the GTX 1080 Ti. With this software, users can look at the vital signs of the graphics card, such as temperatures, clock speed, fan speed and voltage. Advanced overclockers can also change the frequencies of the graphics card to achieve better performance on the card within the advanced mode. For casual gamers, there are default “Gaming Mode” and “OC Mode” to choose from. 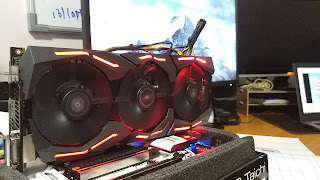 We had the same system to test out both configurations of the GTX 1080 Ti in both Gaming Mode and OC Mode. This is mainly used to find out the additional performance differences between the two modes. We will also compare the scores with  GTX 1080 on Gaming Mode. Do note that these configured clock speeds are only made available from the ASUS factory overclocked graphics card. Performance may differ if you own a graphics card from a different manufacturer or different SKU. 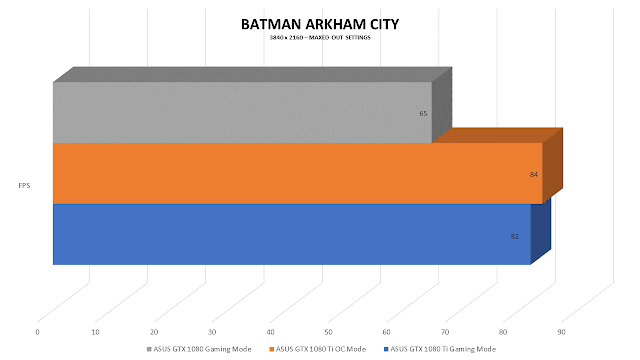 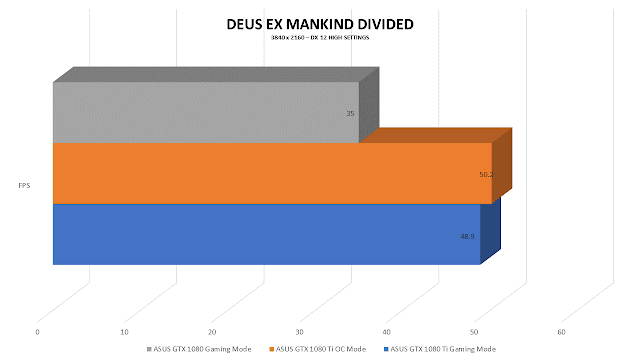 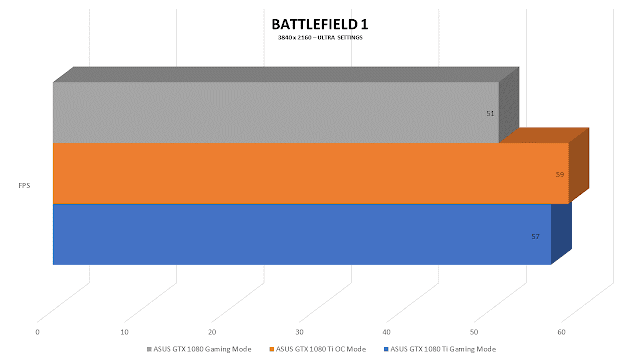 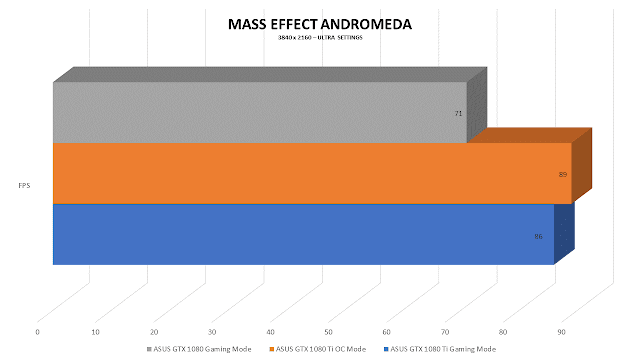 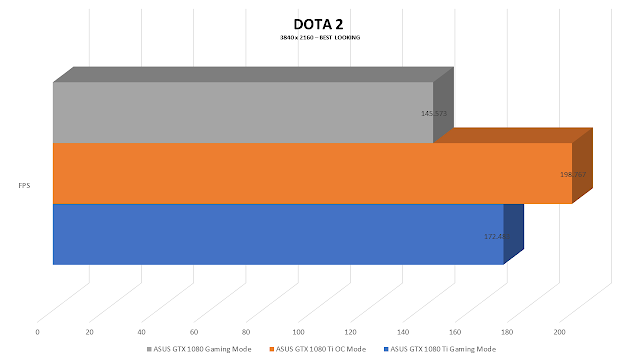 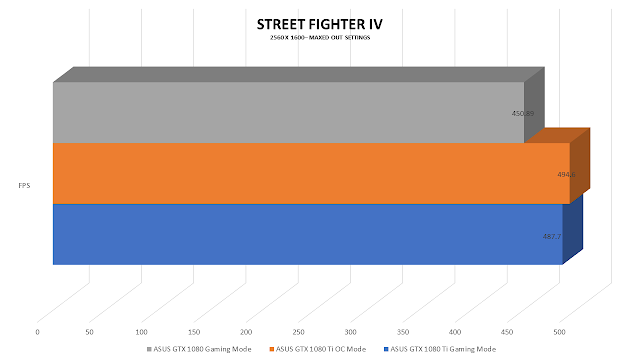 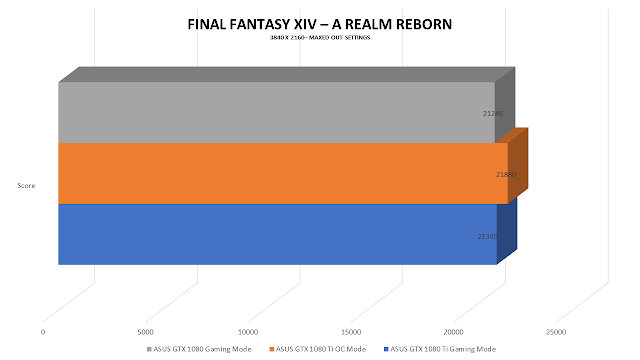 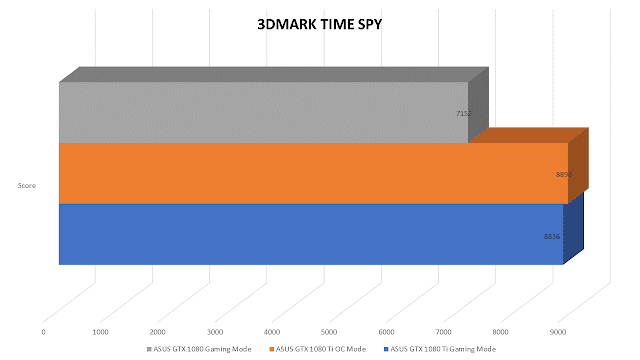 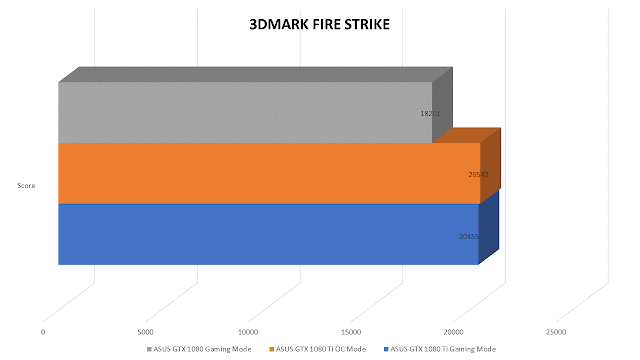 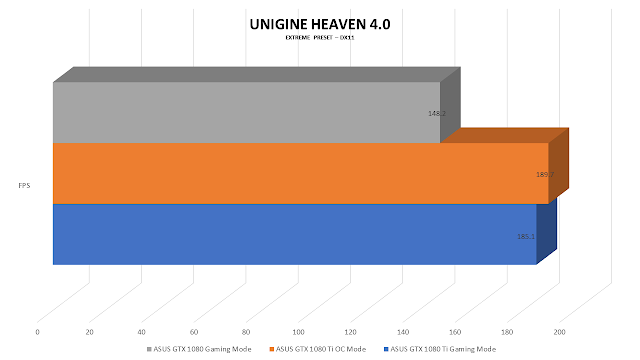 The performance gains with having more CUDA cores on the GTX 1080 Ti was apparent. As seen from the benchmark tests, the GTX 1080 Ti was able to crunch out quite a fair bit of additional frames per second all the games. The differences were more significant in the newer games such as Battlefield 1, Mass Effect Andromeda and Deus EX Mankind Divided, where there was at least 15% more FPS recorded. It could be that these games were able to better utilize the increased number of CUDA cores with the DirectX 12 features. This hypothesis is also supported with the 3DMark Time Spy DirectX 12 benchmark, where score differences were comparatively large between the two cards.

Back to the question : Is it worth it to upgrade from a GTX 1080 to a GTX 1080 Ti? If you are playing games on 4K resolutions, YES! The higher specifications on the GTX 1080 Ti allowed much higher frame rates for a smoother 4K gameplay and we feel that the upgrade will be justified. However, if you are gaming on other lower resolutions, the GTX 1080 could already be sufficient for most of your games. Of course, it still boils down to if you are able to afford this new graphics card.

We will recommend that gamers opt for the GTX 1080 Ti from Nvidia’s AIB partners, such as ASUS, MSI, Gigabyte etc. Manufacturers will usually factory overclock the graphics card, reducing the GPU core frequency between the GTX 1080 Ti and GTX 1080. These overclocked cards are guaranteed to perform better than the Founder’s Edition, and will stay cooler and be more reliable.

Pre-order Collection of Samsung Galaxy S8 and S8+ in Singapore

Little Nightmares Review | Are You Ready To Face Your Fears?