Review of the MasterLiquid Pro 240 by Cooler Master

Home » Review of the MasterLiquid Pro 240 by Cooler Master 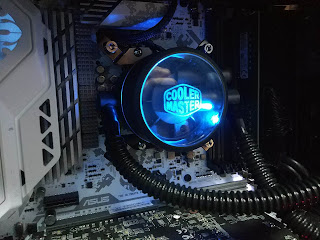 Understanding that enthusiasts usually will not use the stock heat sink fan that is included with whole processor package, Intel has decided to leave out these fans from the high end unlocked K models from the Skylake Series onwards. This means that end users will have to decide on their own choice of CPU cooler from a vast variety of choices out there in the market.

With an unlocked i7-6700K in hand, we want to overclock the hell of out the unit to ensure that maximum performance that is can be squeezed out from this processor. Cooling is the most important for an overclocked system. The cooler the CPU remains, the more overclocking headroom will be available with an increased CPU voltage. In our test today, we look at the state of the art MasterLiquid Pro 240 AIO water cooling unit from Cooler Master, and review its promised cooling performance for high end systems. 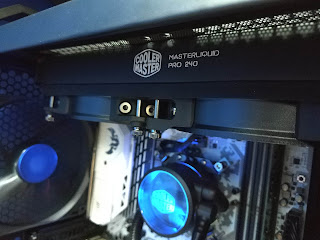 The MasterLiquid Pro 240 is a relatively new AIO water cooling system for CPUs. As the model name suggests, the MasterLiquid Pro 240 is equipped with a large radiator and that can be attached with 2 x 120mm fans for the optimal cooling solution. Moreover, Cooler Master has also integrated multiple innovative solutions and technologies into the design of the MasterLiquid Pro 240 to ensure that it meets the expectations of PC enthusiasts who wishes to have a stable overclock on their for 24/7 usage. We will take a look at every aspect of unique design and innovation that makes this liquid CPU cooler perform so well.

Cooler Master’s years of experience in cooling technology have brought them advantage in coming out with the best possible design for a high performing cooler. Having high efficiency, low noise when operation, long lifespan and reliability in mind, they have innovated and came out with multiple unique technologies on the MasterLiquid Pro 240. These set of innovations are combined to form the FlowOp Technology. FlowOp Technology consists of various features which focuses on small details and physical attributes to ensure the required quality attributes. 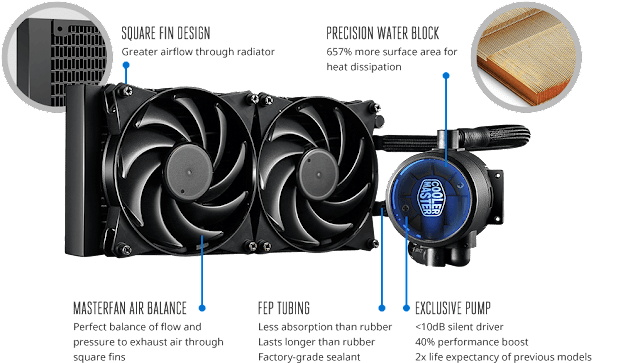 FlowOp technology features are found throughout the whole closed loop design. A Precision Water Block is located at the base of the pump. This water block is different in its design, as there are closely packed copper fins that are found with contact with cool water. It is said that this water block has 657% more surface area than usual water blocks for the best possible heat dissipation.

A powerful pump sprays cool liquid directly at the center of the water block. This helps the liquid, that has conducted the heat from the water block’s fins, to move in a single direction, thus keeping the heat retained at the water block to be kept to the minimum. 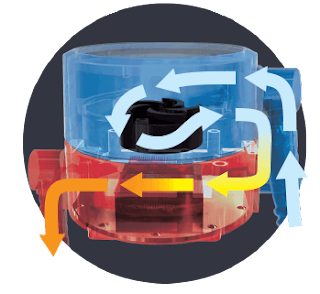 The hot water is then brought by the pump to the radiator to be cooled by two MasterFan Pro Air Balance fans, which will then be served back cool to the CPU. The MasterLiquid Pro 240 has a rather tall pump/water block unit as it is separated into two chambers. The top chamber will contain all the cooled liquid will be sent to the bottom layer to cool the CPU.

The radiator is also designed in a way where a maximum surface area for dissipation of heat and the allowing of spacious airflow. Instead of usual pointed fins, the MasterLiquid Pro 240 is designed with Fine-tuned Folded Fins instead. 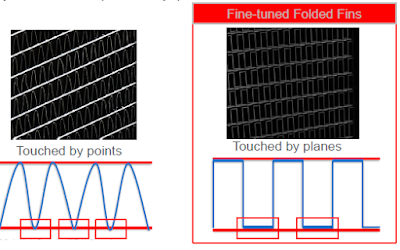 Stock and overclocked CPU temperatures on the MasterLiquid Pro 240

In order to test the effectiveness of the MasterLiquid Pro 240, we had different test scenarios. Firstly, we wanted to find out how well the liquid cooling solution performed under stock conditions. Then, we tried to overclock the Intel Core i7 6700K that we have on hand to the highest possible, and find out if the MasterLiquid Pro 240 was able to handle all the heat with the increased voltage. Lastly, we tried to find a decent overclock level for the i7 6700K that can be applied in the long run, and studied the temperatures of that setup.All system temperatures are taken and recorded from SpeedFan. All system stability tests are executed on Intel Burn Test Standard level. A system is said to be considered as stable if the Standard Level test was passed on the benchmarks software. The system was placed in an air conditioned office environment at 23°C.
System Specifications
Intel Core i7 6700K
16GB Kingston DDR4 RAM
ASUS Sabertooth Z170 S Motherboard
ASUS AMD STRIX RX 470
Cooler Master V1000 PSU
Plextor M8Pe NVMe SSD 256GB
Windows 10 Enterprise Edition 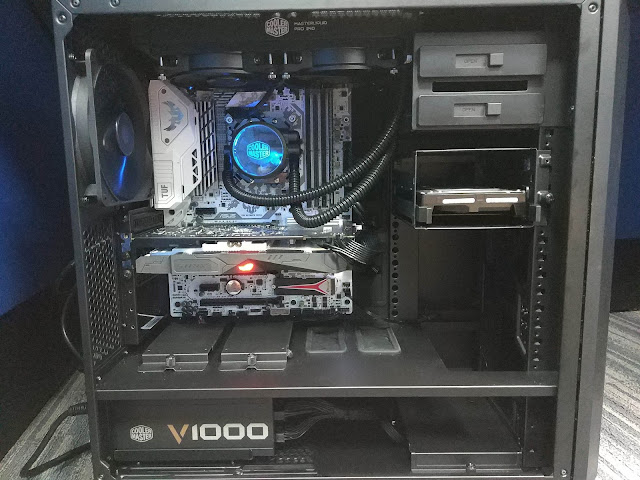 When the system is kept at idle on stock settings, the temperature was retained at a temperature lower than 35°C. When the Intel Burn Test (Standard) kicked in for 10 iterations, testing for the system’s stability, the temperature at the core shot up significantly, reaching a maximum of 77°C. Such high temperatures are caused by poor thermal interface material used by Intel between the CPU core and the processor’s own integrated heat spreader. (Enthusiasts delid their processors to improve the heat dissipation mechanism within the CPU package.)
Luckily, thanks to the MasterLiquid Pro 240, temperatures were quickly brought down as seen by the sharp drop in temperature after every single iteration. At the end of the test, the MasterLiquid Pro 240 did also successfully bring down the temperature quickly to the state of when the CPU is in idle.

We tried to push the CPU to the highest possible overclock that still managed to pass the Intel Burn Test stability test. Anything higher possibly required a higher voltage to sustain, and will result in a higher temperature that could damage the CPU. Our Core i7 6700K was able to reach a modest 4.7GHz and stay under 100°C even under heavily loaded conditions. While the Intel Burn Test (Standard) test averaged out at about 8.04 seconds on the stock run, the run at 4.7GHz saw time taken to complete test down to 7.35 seconds. The performance gain was significant.

After multiple tries on determining a suitable overclock for the system, we determined that that the configuration of 1.25V at 4.5GHz should be a good overclock that can be used on for 24/7.  Temperatures were well maintained by the MasterLiquid Pro 240 and would not reduce the reliability and performance of the Intel Core i7 6700K CPU for the long run.
In a separate test, we wanted to run out how hot the CPU will run under the same configuration, but this time, under constant load with a larger test size. This time, the temperature only risen to a maximum of 80°C.

The MasterLiquid Pro 240 is a great closed loop liquid CPU cooler that has successfully tamed the Intel Core i7 6700K in our tests. The capabilities of the MasterLiquid Pro 240 were apparent as it was able to bring temperatures down effectively from constant stress tests on the CPU. Cooler Master’s innovative and ingenious designs has definitely played a huge role in the performance of this great liquid cooler.

The MasterLiquid Pro 240 is available for purchase with a suggested retail price of SGD 195.