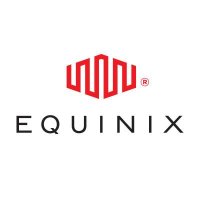 REDWOOD CITY, CALIF.   — November 1, 2016 — Equinix, Inc., the global interconnection and data center company, today announced that it is working with
Facebook and the Telecom Infra
Project (TIP) to deploy and test the Facebook-designed
packet-optical switches, known as Voyager, inside two of its International
Business Exchange™ (IBX®) data centers.  As part of the TIP “Open Optical
Packet Transport” project group, Equinix worked closely with Facebook to
field-test this next-generation packet-optical networking technology.
Voyager is the first step in Facebook and Equinix’s
journey of developing the next-generation network ecosystem for hardware and
software.  Today’s news builds on a previous announcement to provide Cloud Service Providers (CSPs), Network Service
Providers (NSPs) and enterprises with an optimal environment to push technology
boundaries and develop next-generation interconnection solutions. Equinix will
continue to work with Facebook and other vendors to include TIP-based hardware
and software in their architectures as they deploy inside Equinix and develop
the TIP ecosystem.
Highlights / Key Facts
·       Announced in February 2016 at Mobile World Congress, the Telecom Infra
Project (TIP) was launched as a way for leading technology providers to develop
new technologies and rethink approaches to deploying network architecture in
order to support emerging 5G networking, IoT and virtual reality use cases. The
scale, agility and cost requirements of these new use cases cannot be satisfied
by traditional hardware-centric network architectures.  By working as part
of TIP, Equinix is helping to define the deployment, operational and support
models for the new disaggregated and virtual networking infrastructure. Equinix
will actively work with hardware and software networking vendors to create the
ecosystem for this new, emerging networking model at Equinix. Since joining
TIP, Equinix’s CTO, Ihab Tarazi, has taken an active role in the group,
co-chairing the Open Optical Packet Transport project group and also
participating in the Backhaul track.
·       Initial testing of the Voyager open packet-optical switch took place in
Equinix’s SV3 and SV8 IBX data centers in Silicon Valley. Voyager is a
combination of compute, switch, router and DWDM transport technologies.
Preliminary results showed zero packet loss and significant overall cost
savings due to this disaggregated hardware and software networking model.
·       Equinix CTO, Ihab Tarazi will be speaking about this project on-stage
today, November 1, at the TIP Summit, taking place at Facebook headquarters in Menlo Park, Calif.
Quotes
·  Ihab Tarazi, CTO, Equinix:
“This emerging world of disaggregated optical
networking will need a physical aggregation point where all the hardware and
software can come together.  With Equinix’s rich history in network and
cloud neutrality, it makes perfect sense that Equinix be the place where CSPs,
NSPs and the TIP hardware and software vendors can join together to deploy
next-generation networks.  We are thrilled by the initial results of our
tests and look forward to future collaboration and innovation with this
exciting initiative.”
·  Hans-Juergen Schmidtke, Director of Engineering, Facebook:
“The Open Optical Packet Transport project group within TIP is
developing technologies in an open community approach with the goal to drive
better and broader connectivity globally. With Equinix’s leadership and
support, the Voyager ecosystem will serve as a first ever white box for
switching, routing and DWDM in the Wide Area Networks to exemplify a new way of
open collaboration and innovation and has been contributed to the TIP
community.”