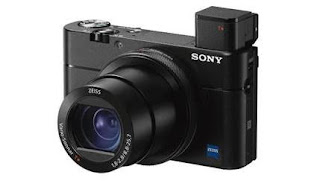 (SINGAPORE, 12 October 2016) – Sony today announced a new flagship model
for their popular Cyber-shot® RX100 series of
compact cameras, the RX100 V (model
DSC-RX100M5).
The exciting new camera brings a new level of
AF performance and speed to today’s compact camera market. It is equipped with
a Fast Hybrid AF system with the world’s fastest AF acquisition1 at
0.05 seconds[2], and world’s
highest number of AF points on sensor1 with 315 points covering
approximately 65 per cent of the frame. The camera can further shoot
continuously at speeds of up to 24 fps[3] – the world’s
fastest for a compact camera1 – at full 20.1MP (approx.
effective) resolution with AF/AE tracking for up to 150 continuous shots[4].
The RX100 V is equipped with
a newly developed 1.0-type stacked Exmor RS™ CMOS sensor with a DRAM chip, a
ZEISS® Vario-Sonnar T* 24-70 mm[5] F1.8 to 2.8
large aperture lens, and an enhanced image processing system with a new front-end
LSI chip that maximises processing speed, expands the memory buffer and
optimises image quality, in particular at high ISO settings. The camera also
features 4K video recording with full pixel readout and no pixel binning[6], super slow motion
recording at up to 960fps[7] with extended
recording time and more. 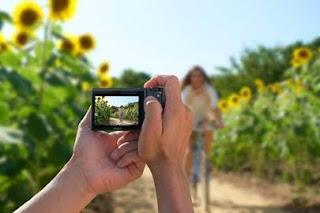