LeEco achieves sales of 1.22 Billion RMB in 2 hours, with 1 million Superphones sold out 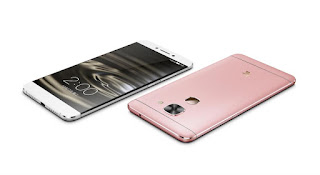 Beijing, April
27, 2016: The
newly launched Superphones from LeEco garnered an unprecedented 23
million registrations on LeMall.com and other e-commerce platforms
that eventually saw the global internet conglomerate sold out a whopping 1
million units of Superphones, with sales of 1.22 billion RMB (around
188 million USD) across all platforms two hours after its first official sales
kicks start at 10am on April 26, 2016, in Beijing.
LeEco
broke two industry records of making the fastest sale in the largest amount of
1 million units of its 2nd generation Superphones in China, and
created a new record on JD.com with the biggest sales amount for new products
in a single day. On LeMall.com, one of its Superphones, Le Max2 got sold out in
just 57 seconds. Whereas, Le 2 was sold out in 8.26 minutes. It attains sales
of 910 million RMB (around 140 million USD) with 750,000 units gone in a flash
solely on LeMall.com. The official sales of Le 2, Le Max2 and Le 2Pro and the 4th generation
Super TVs kicked off at 10am, 26 April (GMT+8) on LeMall.com, JD.com,
TMall and other platforms.
LeEco
also saw the registrations for the 4th generation Super TVs
exceeding 18 million. LeEco launched an entire new range of products belonging
to distinct industries – mobile, TV, automotive and VR, on April 20, 2016. The stupendous
number of registration that LeEco saw in just five days after LeEco’s
unprecedented grand launch event in Beijing, is a proof that there is a wide
acceptance of LeEco’s complete ecosystem and its superior products and
services, which has successfully won the heart of an increasing number of
users.
As
LeEco showcased its Super Products on April 20, LeEco simultaneously allowed
LeFans to instantly register for their favorite Super Products even as they
were watching the live streaming of the grand launch event. The real-time
interactions with fans and users demonstrated LeEco’s confidence in its robust
ecosystem. Within 24 hours of the launch, the registration of Le 2
series Superphones reached 10 million, breaking the industry records as the
fastest brand to gain the largest number of registration and even surpassing
the records held by the sales champion Le 1s.