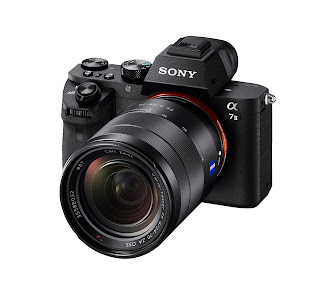 (SNGAPORE, 6th November 2015) – Sony Electronics, a worldwide leader in digital imaging and the world’s largest image sensor manufacturer, has announced plans to release a free firmware update for α7 II cameras on 18 November 2015 that will add uncompressed 14-Bit RAW image capture and activates phase detection AF for faster and more precise autofocus, with lenses designed for interchangeable-lens cameras including Sony’s α-mount system.
The α7 II becomes the latest Sony full-frame camera, along with α7S II, α7R II and Cyber-shot™ RX1R II to offer uncompressed RAW capture, which becomes a selectable feature (uncompressed/compressed RAW) within the menu system.
Additionally, it becomes the second Sony camera, along with the flagship α7R II, to offer fully-functional phase detection AF to α-mount lenses in addition to E-mount lenses. The firmware update activates the 117-point focal plane phase detection AF sensor on the α7 II for lenses beyond just the native Sony FE lenses. This includes Sony’s extensive collection of α-mount lenses, which can be utilised along with the LA-EA3 mount adapter.
“We’re continuing to innovate, with a clear focus to ensure we are meeting the needs and demands of Sony α customers,” said Naoki Sekiguchi, Managing Director, Sony Singapore. “The addition of Uncompressed 14-Bit RAW processing and the activation of phase detection AF brings a level of performance and versatility to the α7 II that is well beyond any camera in its class.”
In addition to these feature upgrades, the MOVIE button can now be assigned to a custom button.
The new firmware, version 2.0, will be available for free download through Sony’s e-support sitewww.esupport.sony.com on the product page for model “ILCE-7M2”.
The α7 II is compatible with Sony’s growing lineup of α-mount lenses, which now totals 64 different models including 13 native ‘FE’ full frame lenses. In 2016, Sony aims to build the native FE lens lineup to over 20 different models.

Salesforce awarded as the #1 place to work for in Singapore