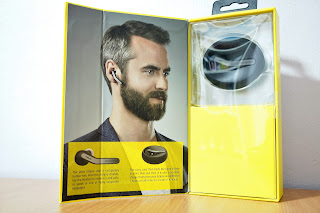 Bluetooth wireless technology first became mainstream because of the popularity of bluetooth handsfree headset devices. The same technology standard was later implemented in many other forms, enabling different kinds of applications and user scenarios. Despite the fast changing technology landscape, there has not been much breakthrough in terms of the design and features built into a bluetooth handsfree headset. Jabra is going to change the perspective of that with their newly launched Jabra Eclipse. This review will look at the design and usability aspects of the new Jabra Eclipse headset to let you know what makes this unit stand out from the rest in the crowded market.

With a first glance on the Jabra Eclipse, one will immediately appreciate its simplistic and minimalist design. The Jabra Eclipse bluetooth headset can be securely placed into the right ear for an ultimate handsfree experience. 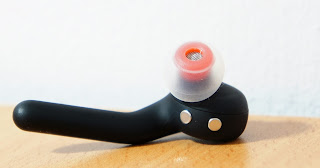 There are no buttons on the headset unit itself, and interaction with the headset is done by either voice commands, if not taps on the headset body. Jabra has indeed thought deeply into the design of the Jabra Eclipse. Despite being placed quite some distance away from the mouth, the bluetooth headset is able to pick up the voice of the users accurately. In all of our tests, we found that the voices transmitted from Jabra Eclipse were exceptionally clear. It’s a great pleasure to see the wonderful amalgamation of science, engineering and technology that is built into Jabra Eclipse that enables such superior high performance and quality product for the consumer market. 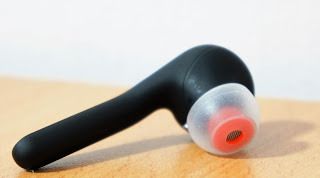 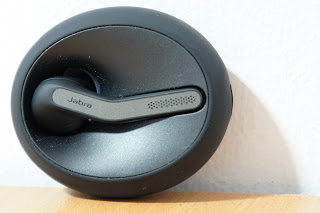 The Jabra Eclipse experience is not defined only by the bluetooth headset itself. The product comes together with an egg-shaped cradle that houses the headset, acting as a portable charging station to provide an additional 7 hours of talktime. Moreover, the cradle is also extremely portable and fits easily in any pockets. This makes it a good carrying case for the bluetooth headset. It is also because of the unique cradle, that Jabra is able to pull off a different usability experience to the users. 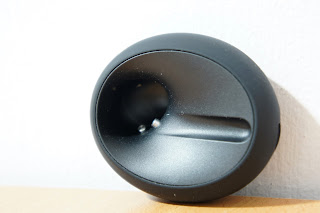 After first pairing Jabra Eclipse to the smartphone, calls can be answered or cancelled just by taking the headset out from or back down on the cradle. These actions intuitively imitate the actual experience of picking up a phone call.

To ensure a fully handsfree experience, the Jabra Eclipse headset also allows voice commands to answer or reject calls. When the headset is in the user’s ears and someone calls, the headset’s built in sexy lady voice will even tell you the caller’s phone number.

If users are afraid of being seemingly looking awkward when using voice commands to answer calls, they still can rely on tapping actions on the headset to control the unit. 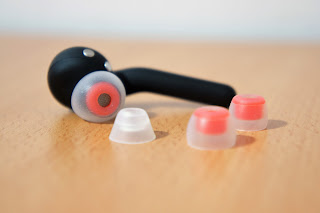 What can be improved?

It is made for those who wants to wear it on the right ear.
Jabra Eclipse is designed for specifically those who wears their headset on their right ear. Some users may prefer to have their headset worn on the other ear, but Eclipse is not designed in a symmetric manner to enable that to happen. A better design could possibly enable the headset to be worn on either of the ear.
Tapping on the headset to answer calls was not as intuitive as expected.
Tapping on the headset to achieve a certain aim gives a certain degree of uncertainty when the headset does not respond accordingly.  The use of double tap instead of single tap to answer calls should also be questioned, as it was a lot easier to answer a call with a single tap instead of 2 taps.
Voice command recognition needs to be improved
Voice command like “ANSWER” was probably not easily recognized by the headset if your english is accented. 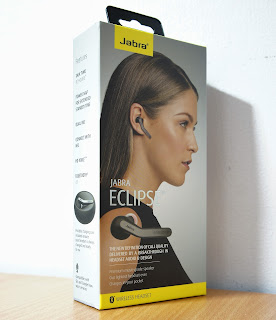 I have been testing out the Jabra Eclipse headset for almost a week now. It’s sleek and simplistic design has made it one of the most attractive product to own. It is very suitable for busy professionals, as its design supplements the image of a professional very well. I also thought that the idea of a cradle as a portable charge housing for the headset is innovative and unique.

However, Jabra has to work a bit more perfecting the headset for answering of calls. I was sometimes annoyed by the fact that my calls were unintentionally rejected because the unit was not able to successfully register my taps on the earphones. Also, the voice command recognition was also not perfect for my Singapore accented English.
Despite the shortcoming, I still thought that the Jabra Eclipse is still worth the purchase, solely due to its exceptional design qualities. Hopefully, Jabra will roll out a new version of the Eclipse to improve the overall usability of the product.