Sony
Unveils Its New Products at IFA 2015 in the Realms of
High-Resolution
Audio and Mobile
(SINGAPORE, 2
September 2015)
– At the IFA consumer electronics show in Berlin, Germany, to begin on Friday,
September 4, Sony Corporation (“Sony”) will unveil its new lineup of products
that represent the very best of its creativity and technological ingenuity.
Underpinning the development and design of these products is Sony’s philosophy
of “inspiring and fulfilling your curiosity and moving you emotionally,” which
will be on full display at IFA 2015.
In advance of IFA’s official opening,
Sony held a press conference on September 2 (local time). There, Sony
Corporation President and CEO Kazuo Hirai introduced Sony’s newest products in
the realms of High-Resolution Audio (“Hi-Res”) and mobile. He also championed
the new experiences that can be had with Sony’s other exceptional offerings,
including its digital imaging products and TVs.
“I believe there is still great
potential for innovation within consumer electronics. At Sony we’ll continue to
make advances that make your life better and to provide you with wow
experiences.”
—          Kazuo
Hirai
President and CEO, Sony Corporation
A video of the press conference can
be streamed at www.sony.co.uk/ifa-press 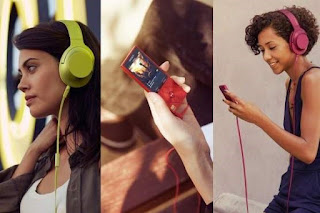 A new range of headphones called
h.ear™ (pronounced “hear”) and new Walkman® models will spice up the user’s
world with the incredible Hi-Res audio they deliver and their eye-catching colors.
The headphones and Walkman® all feature simple, understatedly elegant designs
and will be offered in select, vibrant color schemes to match. Together, they
allow the user to enjoy superior Hi-Res sound while making a memorable fashion
statement.
The h.ear series features both
over-the-head style and in-ear style headphones. The “h.ear on” (over-the-head)
models are accented with a sleek form factor and virtually unnoticeable seams
between the headband and housing units, culminating in a much simpler design
than conventional headphones, one which fits over the user’s ears beautifully.
Meanwhile, the “h.ear in NC” models are the world’s first in-ear Hi-Res headphones equipped with digital noise canceling functionality, an advancement
that means that the user can enjoy incredibly rich, unobstructed listening
experiences on-the-go like never before. The new compact NW-A25HN Walkman® –
itself loaded with Hi-Res digital noise canceling features – will be packaged
together with its own companion Hi-Res noise canceling headphones, making for a
hassle-free out-of-box experience. With Sony’s new lineup of color coordinated
Hi-Res audio products, superior sound never looked so stylish.
Additionally, Sony is introducing
the NW-ZX100HN Walkman®, the latest in its ZX series that represents the
ultimate in the pursuit of sound quality. The NW-ZX100HN features Hi-Res
digital noise canceling capabilities and will also be sold together with
companion Hi-Res noise canceling headphones. This Walkman® boasts continuous Hi-Res
playback of up to 45 hours, and has become even more portable than its predecessors.
Sony is also unveiling a number of
other new offerings as it expands its range of Hi-Res audio products. Among
these is the CAS-1 audio system, whose compactness belies its power and
resonance when used with either speakers or headphones. The audio system
produces incredibly full sound and achieves a vivid sense of presence, even
when placed in confined spaces such as on a desktop. The new RSX-GS9 car audio
player and other products round out Sony’s superior Hi-Res offerings showcased
at IFA.
Xperia™
Smartphones and Headset 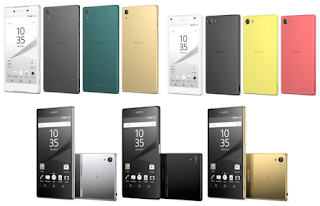