Journey™ Collector’s Edition
thatgamecompany’s Masterpieces
in a Single Blu-ray Disc Package
To be released on 30th September in Asia
Initial Purchase Bonus will also be available! 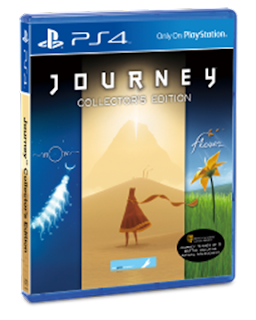 One of the most successful titles of the last generation, “Journey™”, is bringing its eclectic experience to the PS4™ system in 2015. Originally developed by thatgamecompany and remastered by Tricky Pixels for the PS4™ system, players will have the opportunity to once again explore the exotic adventure with a quality experience in native 1080p resolution and 60 frames per second.
“Journey” bagged over 100 Game of the Year Awards, including winnings from Game Developers Choice Awards, DICE Awards and the BAFTA Games Awards. Additionally, the title also brought home notable awards for its Grammy-nominated musical score composed by Austin Wintory.
The Blu-ray disc package also contains the two other thatgamecompany’s acclaimed games, “Flower™” and“flOw”.
Initial order bonus
A download code for Journey™’s Original Soundtrack is included in packages as an initial order bonus. 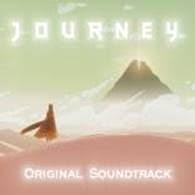