From the Xbox Team : 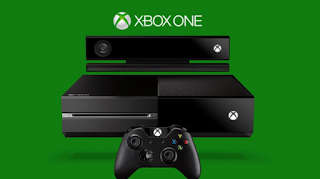 Next week, Xbox is kicking off the biggest games week of the year as we head to Los Angeles for E3 2015 where we’ll showcase the best lineup in Xbox history. But before the lights go up and we take the stage for our media briefing, we wanted to share a few pieces of early news as we continue to put games and gamers at the center of everything we do.
At Xbox we believe there’s never been a better time to join the new console generation and we are happy to announce that from 10 June 2015, all Xbox One 500GB consoles will be available from SGD 569. With Xbox One available at this great new price, there has never been a more exciting time to join our family as we get ready to launch the biggest line up in our history.
Xbox One is the best place to play the biggest blockbusters of the year, like Halo 5: Guardians, Rise of the Tomb Raider, and Forza Motorsport 6.  As always, we’ll also continue to bring top-notch app experiences like the Toggle app and new apps launched on Xbox One in 2014 such as Starhub TV Anywhere to build on the growing list of popular entertainment experiences that are open to anyone, with or without an Xbox Live Gold membership. In 2014, users logged nearly 8 billion hours globally in apps across Xbox 360 and Xbox One, a 50 percent increase from time spent in 2013.

We’ll also continue to improve the Xbox One experience through regular system updates and we’re continuing to listen to fan feedback to implement the changes fans want to see most.

We’re extremely grateful to our fans for your continued feedback and the Xbox team is continually working hard to expand and improve the experience. 2015 is going to be a great year for gamers.

Newstead Technologies is the Official IT Partner at Garena Carnival 2015