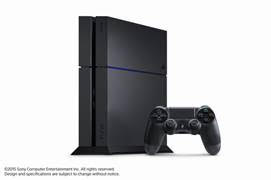 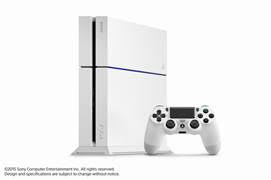 Singapore, 22 June 2015 – Sony Computer Entertainment Inc. (SCE) today announced that a new PlayStation®4(PS4™) computer entertainment system (body color: Jet Black / Glacier White) will become available towards the end of June, 2015 in Japan, followed by North America /Europe /Asian countries and regions.
The weight of the new PS4 system has been reduced by 10% and the power consumption by 8%, compared to the current PS4 model.  In addition, the surface of the new PS4 system’s HDD bay cover will come in a matte finish, giving the system a more casual look.  With the new system, users can continue to enjoy unique and interactive entertainment experiences only available on PlayStation®, including the wide array of game titles and strong network offerings.
The PS4 system’s games portfolio will continue to expand with highly anticipated titles from third-party publishers as well as SCE Worldwide Studios such as SENGOKU BASARA4 SUMERAGI (CAPCOM CO., LTD.), METAL GEAR SOLID V: THE PHANTOM PAIN (Konami Digital Entertainment Co., Ltd.), GOD OF WAR III Remastered, Until Dawn, and The Tomorrow Children.*1
SCE will continue to expand the world of PS4 to deliver entertainment experiences that are only possible on PlayStation.
###
<PlayStation®4 (CUH-1200 series)>
*1 Title line-up as well as the number of titles differs by regions.
*2 The hard disk drive contains space that is available for users and space that is reserved for the system, therefore the actual space that is free for users is smaller than the total space stated in this document.