When talking about Japan, we will naturally think about its gaming and anime culture. It seems that Unity has decided to ride on this culture and release their anime mascot character in Japan. Known as Unity-chan, this little girl character will also be taking part in Japan’s Comiket 85 convention on the 29th to 31st this month. 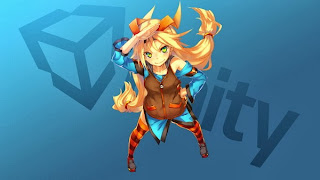 As many know, Unity is a platform for game development. They started out in 2005 on the mac platform and as they expanded througout the years, their platform is now compatible with all major computing systems on the market right now.

In order to step into the Japanese market, Unity has released Unity-chan who was borned on August 13th. As the mascot for Unity, Unity-chan not only has her own voice, but also her own 3D models for developers to use. She also has her own personal website. http://unity-chan.com/