According to BGR, Microsoft will be releasing Surface mini in the Spring of 2014. This new 8 inch tablet device is said to feature Microsoft’s own Kinect sensoring technologies. 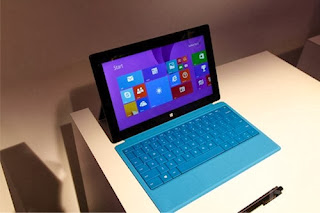 According to details, Microsoft has decided to include their Kinect technologies into the new Surface mini. Surface mini will be able to sense and detect faces and finger movements, thus allowing a different way of interfacing with the tablet. Surface mini will have a 8 inch 1080p display and will run on Windows RT. It is said that Microsoft will either be using Intel’s Bay Trail platform or Qualcomm’s Snapdragon CPU. Touch Cover will also be included in the package.

Previously, Microsoft Surface’s Panos Panay revealed that Microsoft is testing out different sizes for their Surface tablet. Looking at iPad mini’s success and consumers’ preference over a smaller and more portable tablet device, Microsoft has also looked into a smaller version Surface.

Microsoft has already confirmed that they will be showing off the new Surface mini at BUILD 2014 developer conference in April next year.

LG prepares their WebOS based Smart TVs for CES 2014