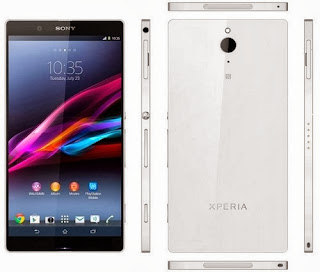 According to foreign media reports, Indonesian telco monitoring organization has accidentally leaked the model number of a new Sony smartphone. The 3 leaked model numbers are D6503, D5303 and D5322. Within these 3 model numbers, D6503e is said to be Sony’s next flagship smartphone device. It will have a 5.2 inch 1080p display and is said to be launched in the first half of next year. 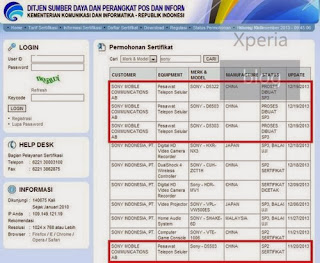 The report also stated that these 3 new leaked model numbers can be confirmed as Sony’s 2014 lineup with their D header. For this year, Sony has released their C series – e.g. C650X is Sony Xperia ZL. With their model number conventions, D6502 should be next year’s flagship device. D5303 and D5322 should be their mainstream lineup.

From our understanding of the report, previous news stated that Sony’s new flagship smartphone is codenamed ‘Sirius’ and D6503 should be referring to this smartphone. It will also have the best Sony’s technology such as its Triluminous display with JDI’s W-OLED display technology. Additionally, this new flagship device will also have 3GB of RAM and will be powered by a Qualcomm MSM8984 2.3GHz CPU. It will come with the latest Adreno 420 GPU, a 20MP rear camera and a 3200mAh battery capacity.

The other D5303 and D5322 should be the replacement for Sony Xperia SP. D5303 should also feature support for LTE network.

It is rumoured that these devices will be made known to public at MWC 2014 which will be held in February next year.