The newest 7 inch Nexus tablet crafted by ASUS, made ingenious by Google.

Google never fails to surprise us with their latest products. The focus on the ultimate stock Android performance and experience, affordable price point and promise on future support and updates attracts many to get their hands on these “Nexus” branded products. The Google Nexus brand has come a long way, and today, we will be taking a look at the latest Nexus 7 (2013) tablet to see if it’s worth your money. 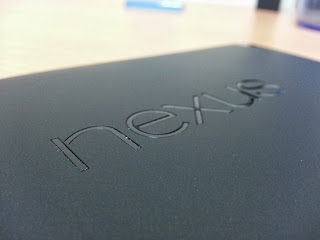 Google has leveraged on the success of the previous version of Nexus 7 to come out with the new 2013 Nexus 7. Their partnership with ASUS was a success. Google Nexus 7 took ASUS’s distribution channel to its advantage and was able to reach markets beyond where Google could have reached. On the other hand, ASUS did also earn quite a fair bit from these Nexus devices because of its popularity. Will the refreshed Google Nexus 7 (2013) yield the same success like its predecessor?

Even though the Nexus 7 (2013) is released only a year after its predecessor, there’s quite significant changes to the unit. In terms of physical design, there isn’t any breakthrough and both devices still have a standard tablet form factor. There are some changes to the design at the back, whereas the fundamental changes are made within the device in terms of hardware components used and operating system software which is installed.

I didn’t have a 2012 unit with me, so I took some reference off from other sites. References and acknowledgements are shown at the end of the article.

The upgrade from a 1280 x 800 resolution to a whopping 1920 x 1080 resolution will sway many people to buy this year’s Nexus 7. In fact, there is rarely any tablet device with a Full-HD resolution available at this price point. The display in last year’s model had a pixel density of 216ppi. The upgrade packs another 107pixels to every inch, resulting to 323ppi, about 30% increase in screen clarity. Users who consumes a lot of video content on their tablet would definitely want to get their hands on this new tablet as it will have the ability to play Full-HD resolution videos at native resolutions.
2. Installed with Android 4.3 Jelly Bean, 4.4 KitKat coming soon

The new Nexus 7 now comes pre-installed with Android 4.3. This means that we are getting the latest and greatest stock Android experience on the device. Compared to previous Jelly Bean versions, 4.3 brings new software features like Restricted profiles, improved Bluetooth capabilities, daydream as well as tweaks to the overall Operating System to make the whole tablet experience smoother and faster. 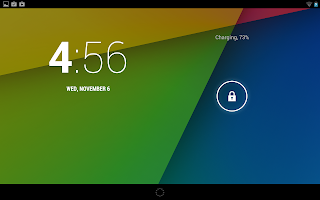 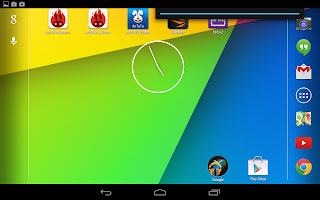 With the AOSP KitKat source codes out from Google a few days ago, custom made Android 4.4 KitKat have already been released from 3rd party developers. In fact, if you want to install the latest KitKat on the new Nexus 7, you can! If not, Over-The-Air update will soon be available in the coming weeks.

3. Upgraded CPU, more RAM
Honestly speaking, the change in CPU wasn’t something to boast about. Last year, we saw a Tegra 3 quad core processor used in the Nexus 7. This year, ASUS and Google decided on a Qualcomm Snapdragon S4 Pro instead. The Snapdragon S4 is not the fastest processor in the market, but works decently well with major applications and games on the Android Play Store. What really improved over the Tegra 3 was that the S4 has a better power management system, allowing the new Nexus 7 to have approximately the same battery life as compared to last year’s even though it has a lower battery capacity at 3950mAh. This is 375mAh less than last year’s 4325mAh.
Based on performance comparing both tablets, Nexus 7 (2013) is clocked 300MHz faster than last year’s. This resulted in gaps between some benchmark scores. In AnTuTu 4, CPU score on 2013 Nexus 7 was higher than those of in last year’s Nexus 7, but the main difference in the scores was due to the increased capacity of RAM from 1GB to 2GB. AnTuTu score for the 2012 version was about 12,000 combined, while the new 2013 version came in with a score of 20,338. This is about a 70% increase in performance. 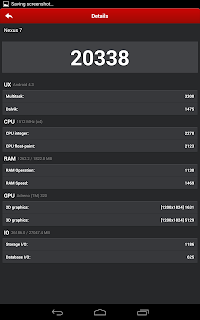 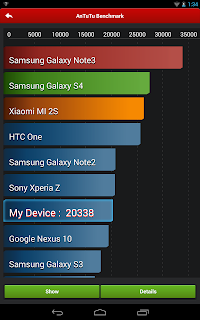 AnTuTu Benchmark ranks it along with the performance of a Nexus 10 tablet and a Sony Xperia Z. Not the best, but good enough for many.
Putting the tablet to 3D performance tests, we saw that the Adreno 320 GPU that is built into the tablet with the CPU works optimally well at this resolution. We got a score of 7051 in 3DMark – Ice Storm Extreme benchmark, putting the new tablet to be in the 3D performance range similar to the Motorola Moto X smartphone. 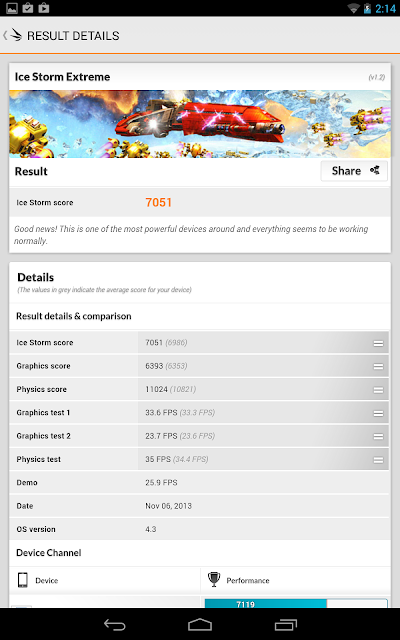 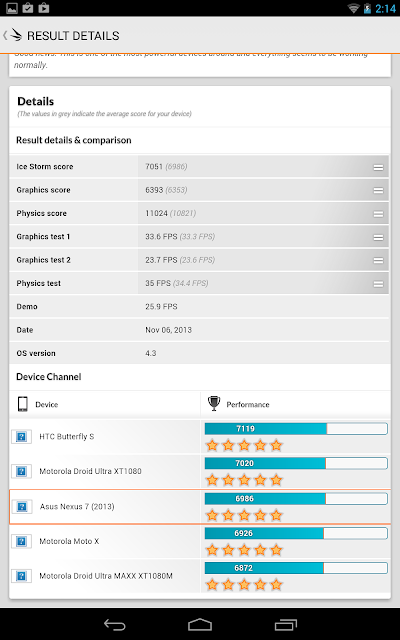 4. Camera
A major addition to the Nexus 7 was the rear camera. The lack of camera for the 2012 version deterred many from buying. To make the tablet a more all rounded device, Google and ASUS have decided to include a 5MP camera for the new Nexus 7. 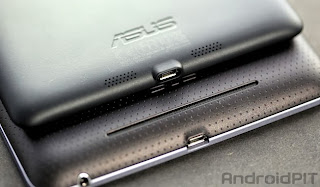 Measured at 200x114x8.65mm and weighing at only 290g, the 2013 version is thinner, longer, less wide and lighter. This means a lot to every user of the new tablet device. Everyone will welcome the decreased weight on the device as it means less strains on the hands when holding it. The whole tablet also looks much sleeker and sexier with its thinner profile. 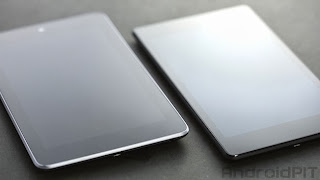 Most importantly, the Nexus 7 (2013) is slightly thinner, making it the perfect tablet to hold onto with just one hand. Coupled with its curved sides, the new Nexus 7 tablet is a much more ergonomic device than the previous generation. 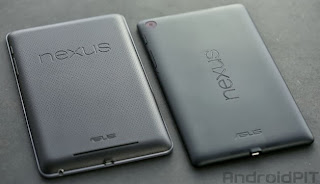 The ultimate entertainment tablet for the price… but without MicroSD card slot?!

7 inch tablets are true mobile computing devices. They fit nicely in your hands and are portable and light enough for everyday usage on the public transport. Nexus 7’s Full-HD display properties makes the tablet the best portable entertainment device available on the market, but it seems that there is major deal breaker for this tablet.

Google isn’t a big fan of expandable storage capabilities. The 2013 Nexus 7 tablet lacks a microSD card slot for storage expansion. This means that you can probably only put in a few Full-HD videos in the device before it starts complaining about storage space being used up. Transfer of media files is only possible via the microUSB cable which is rated at 480Mbps. Transferring movies into the tablet will take some time as well.

I will definitely recommend anyone who buys this tablet solely to watch dramas or movies to get the 32GB version instead of the 16GB. Even with the 32GB version, you are only limited to a storage space of 26.4GB. The rest of the space are taken up by the operating system.

The new Nexus 7 (2013) is already available in Singapore and it retails at SGD379 for the 16GB Wi-Fi version, SGD429 for the 32GB Wi-Fi version and SGD529 for the 32GB LTE + Wi-Fi version. It can be purchased from authorised retailers such as Best Denki, Challenger, Harvey Norman and Newstead Technologies. They will also be available at ASUS Brand Stores, located at the addresses found below :

For the LATEST tech updates,