SINGAPORE – 6 November 2013 – In conjunction with the launch of Internet Explorer (IE) 11, Microsoft Singapore today unveiled Inori Aizawa (藍澤 祈), an original anime character whose backstory symbolizes the browser’s transformation into a modern and powerful best-in-class browser. A special anime version of Internet Explorer 11 featuring Inori will also be made available for download at www.InternetExplorerTan.com starting from today.

Inori Press 2Created by local art enthusiast group Collateral Damage Studios (CDS), Inori will make her animation debut at Anime Festival Asia (AFA) 2013, held at the Suntec Convention & Exhibition Centre from 8 – 10 November 2013. Fans and Japanese culture lovers can also look forward to a locally produced  animation video detailing Inori’s transformation from a ragtag past to an modern,  attractive and powerful young lady; which mirrors the story of the maturation of the world’s most-used browser from past to present and beyond. 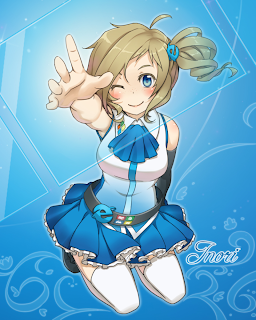 Bringing Inori Aizawa to life
An early version of Inori Aizawa’s character was posted online by local art enthusiast group Collateral Damage Studios to their Facebook page earlier in March 2013, partly as a challenge to their own skills. Within a few days, the post was rapidly picked up and shared all over Facebook. Encouraged by this initial success, CDS fleshed out their concept and Inori was born, drawing more than 20,000 likes and comments and close to 2,000 shares across all of Facebook.

This initial success led to an extended partnership between Microsoft Singapore and the Studio to officially adopt the character as a mascot for Internet Explorer. Additionally, Microsoft also partnered with Nanyang Technological University’s CACANi Animation to develop a short two-minute promotional video introducing Inori. Giving life to Inori is Valerie from Asian Pop Collective, a new and upcoming Asian pop idol group, who will also be cosplaying as the character herself at AFA 2013.

Jonathan Wong, Apps and Services Marketing Lead at Microsoft Asia Pacific, said, “This is the most extensive collaboration ever undertaken by the team to reach out to anime and Japanese popular culture lovers across Asia. There’s just so much to see and share on the Internet, and we think fans will love how easy and intuitive it is to stay in touch with all their favorite anime content with IE11’s new features.” Visitors to AFA 2013 will be able to meet and greet Inori at Microsoft’s experiential booth, and revel in the sights and sounds with a real-time photo slideshow display of the festival grounds captured by a 41-megapixel Nokia Lumia 1020 smartphone device.

“When we first came up with the character concept, we never expected Inori to be picked up officially by Microsoft to represent the browser,” said KC Ng, General Manager of CDS. “Inori’s story reflects Internet Explorer’s transformation to be a modern, elegant yet powerful browser for today’s modern devices. We hope that fans will be able to like and relate to the character and for those who haven’t used Internet Explorer for a while, to give the browser another chance.”

Shawn Chin, Anime Festival Asia’s Executive Festival Director said, “Creating this mascot for Microsoft’s flagship browser is a refreshing move. We all know Internet Explorer, but it’s important to know how much it has evolved over the years. Inori will be cosplayed in real life by Singapore-born idol Valerie during the launch at Anime Festival Asia 2013. It’s a good fit as Valerie loves anime, and she too has blossomed from her days in the festival’s maid café to being an Asian pop idol today. With ‘Inori’ to accompany netizens on their journeys online, it’s really a browser that understands the needs of Anime lovers.” 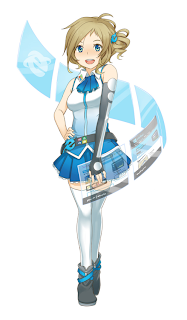