Apple has just launched the iPhone 5S and iPhone 5C just a few hours ago. The former is the successor to the iPhone 5 model and will become the new flagship device for Apple. The latter is a lower priced alternative which replaces the iPhone 5. 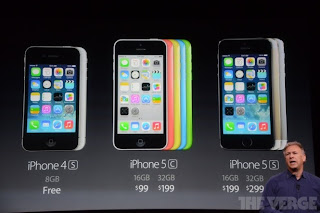 Previous rumours were all accurate, stating that the new iPhone 5S will look substantially similar to iPhone 5. iPhone 5S will be available in Black, White (Silver) and Gold. It also features a new fingerprint identification sensor for user authentication. The new handset uses a 4 inch retina display and has a internal 64-bit A7 processor and a M7 motion co processor. With a pixel size of 1.5μ, aperture of F2.2 at 8 Megapixels, the camera is said to take photos better than any other previous iPhones. 5S will be available in 16/32/64GB versions. 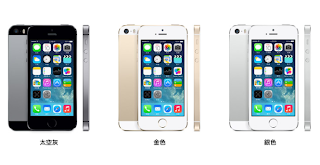 iPhone 5C comes in green,white,blue, pink or yellow. It is a relatively cheaper alternative to the iPhone 5S and Apple has also came out with their own protective cover for the iPhone 5C. The hardware specifications are similar to the iPhone 5 with an Apple A6 processor, 4-inch retina display, 8 Megapixel camera and it comes in 16/32GB versions. 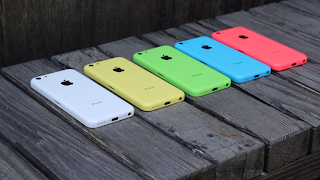 Here are the core comparison between the 3 smartphones from Apple.

iPhone 5S's Touch ID to be locked from Devs. No API for Touch ID available for developers