iPhone 5S’s Touch ID to be locked from Devs. No API for Touch ID available for developers
Fingerprint identification feature (Touch ID) has just been launched by Apple in one of iPhone 5S’s core new feature. To enhance security, Apple has also said at the press conference that all these data collected will not be uploaded to their servers and will only be stored locally on the phone. Apple will also not release any API for Touch ID. Developers who wish to create new applications with Touch ID can forget about the idea of using the new fingerprint sensor. 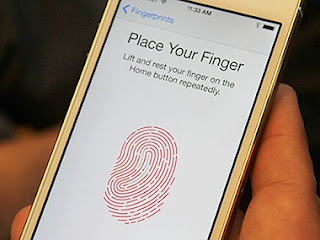 The fingerprint sensor has got a few core uses. Firstly, it allows you to securely unlock the iPhone. Secondly, it authenticates the user for iTunes product purchases. Apple senior vice president Phil Schiller confirmed that developers cannot make use of Touch ID for their own development. When asked about future possibilities of opening up the interface codes, he refused to comment and said that “there are probably a lot of other purposes you can think of for the Touch ID”.

Last year, Apple acquired AuthenTec to get its fingerprint recognition technology. Thanks to the technology from Authentec, the touch sensor on the Touch ID is extremely thin and it can achieve 500 pixels per inch of fingerprint information read.